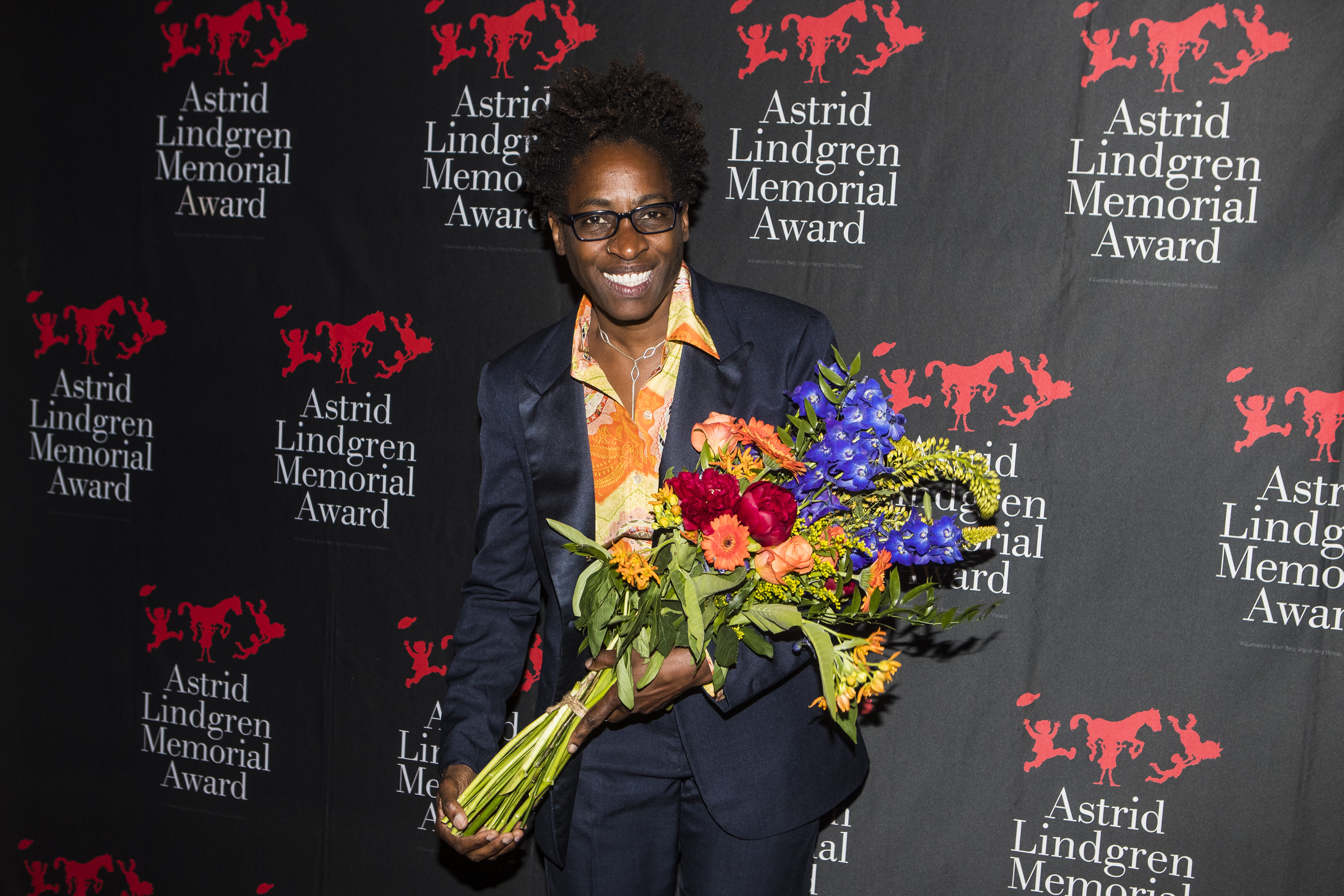 Author Jacqueline Woodson had no idea her books were being challenged in schools and libraries until she got a phone call from the country’s most famous author of young adult fiction.

Woodson recounted the phone call in an appearance on Late Night With Seth Meyers on Monday. “I didn’t even know I was challenged or censored, I got a call from Judy Blume,” she told Meyers, who responded, “Let me just say, as far as name-dropping goes, that’s as good as it gets.”

Woodson, laughing, continued, “She was doing an anthology called Places I Never Meant to Be, and she asked me to be in it, because it was an anthology for censored writers. And I’m like, ‘I’ve never been censored,’ and she was like, ‘Oh, yes, you have.’”

Woodson, who was on the show to promote her latest novel, Red at the Bone, said that having her books challenged have led some readers to seek them out.

“In that case, let me just say no one should read this garbage,” Meyers joked, holding up Woodson’s book.

The Brown Girl Dreaming author also talked about how her children are reluctant to tell their friends who their famous mom is.

“I remember when [one of my children] was in middle school, and her friend was holding her cell phone, and I texted her, and her friend was like, ‘Jacqueline Woodson texted you? You know Jacqueline Woodson?’ She came home and she was so excited to tell me this story, and I’m like, ‘Really? You’re that down low that they don’t even know I’m your mom?’”