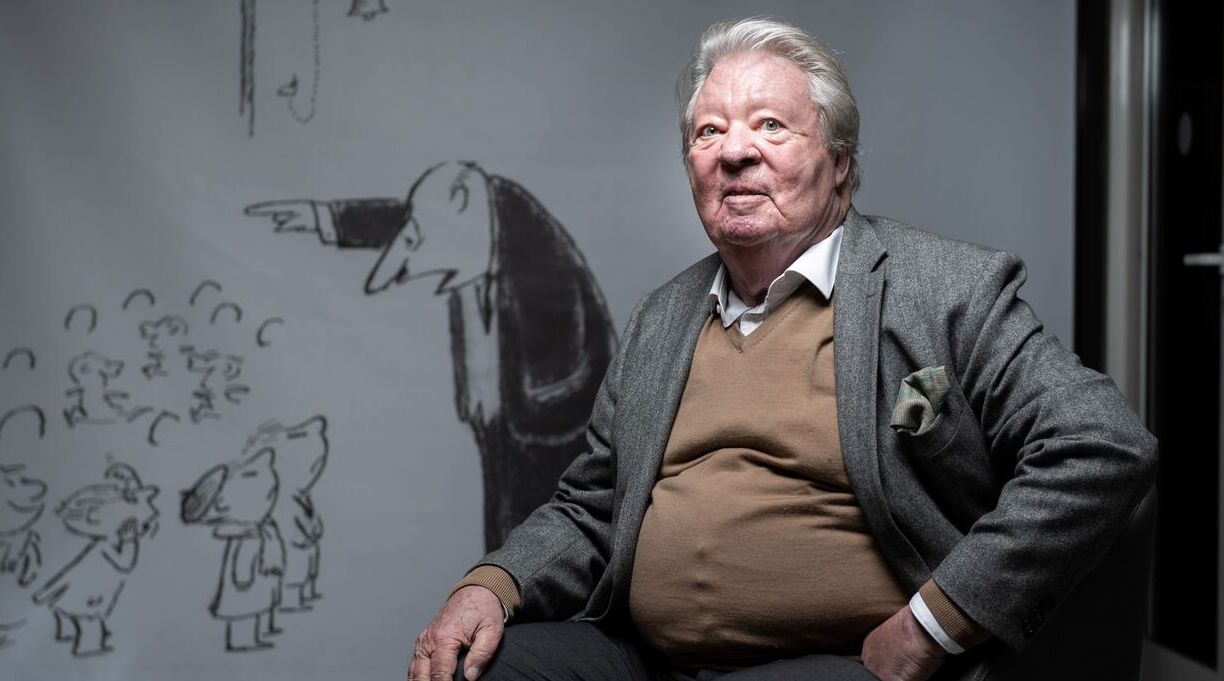 Jean-Jacques Sempé in 2019. Photo by Martin Bureau/AFP via Getty Images

Jean-Jacques Sempé, the French artist known as the illustrator of the popular Le Petit Nicolas series of children’s books, has died, the Guardian reports. He was 89.

Sempé, frequently known by his surname alone, was born in Pessac, France, and enlisted in the French army after being expelled from school; he was discharged from the military after it was discovered that he was underage.

In the 1950s, he and writer René Goscinny debuted a comic strip featuring the character Nicolas, a sensitive schoolboy growing up in 1950s France. The comic strip soon became a series of children’s books that were popular around the world.

Some of the Nicolas stories were translated into English and collected in a 2005 anthology published by Phaidon and titled Nicholas. In a starred review, a critic for Kirkus said the stories “will elicit bursts of laughter from children and adults alike.”

Sempé was also known for his frequent cover illustrations for the New Yorker.

The artist was remembered by his admirers on social media. On Twitter, author and illustrator Steven Lenton wrote, “Au revoir Jean-Jacques Sempé—unparalleled Paris studies, the most beautiful New Yorker covers and humour and composition in a class of its own. An absolute master draughtsman.”

Au revoir Jean-Jacques Sempé - unparalleled Paris studies, the most beautiful New Yorker covers and humour and composition in a class of its own. An absolute master draughtsman ???? pic.twitter.com/EpYGL7QYe0

And French President Emmanuel Macron tweeted, “Jazz, tender irony, the delicacy of intelligence…Jean-Jacques Sempé had the elegance of always remaining light without anything escaping him.”