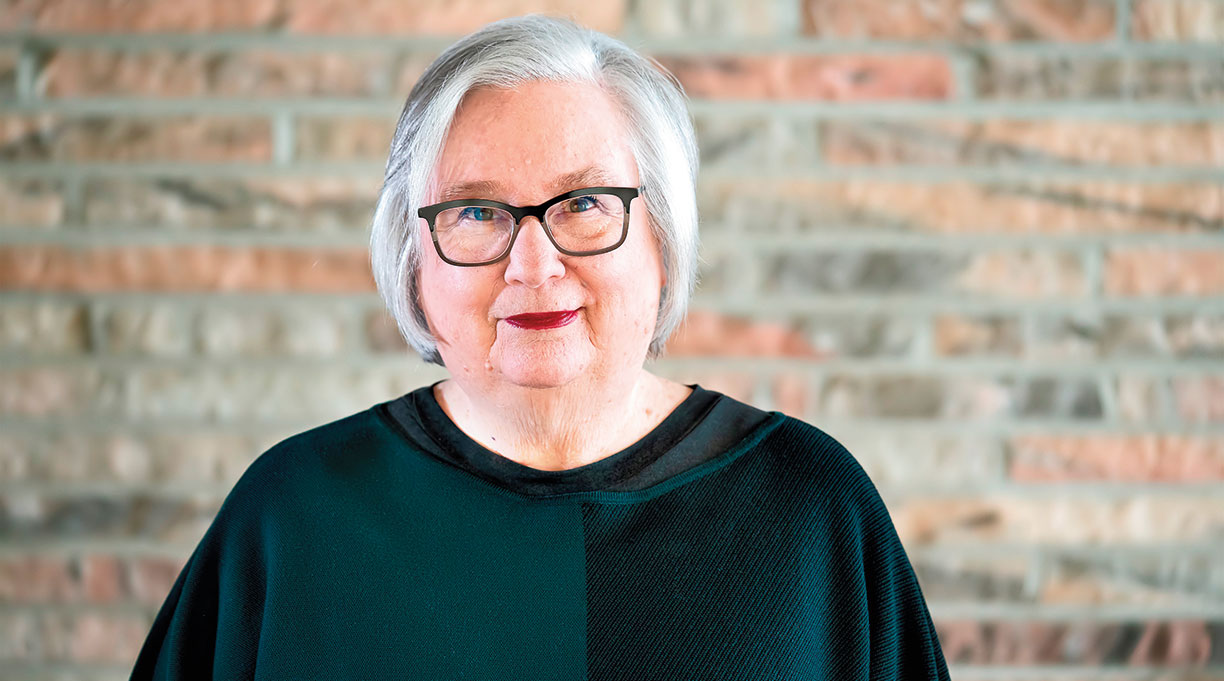 The founder of Wesleyan University’s film studies department, Jeanine Basinger is used to watching lots of movies. But spending countless hours researching her new book, The Movie Musical! (Knopf, Nov. 5), was a particular pleasure. “These films mean a great deal to me; they’ve been such an important part of my life,” the scholar said of musicals. “And they can be watched over and over again in a way that a lot of other kinds of films can’t be.”

Unsurprisingly, Basinger is a font of knowledge about the musical’s golden years (roughly from the 1930s to the mid-1960s)—she is an expert on Hollywood’s studio system, which she analyzed in her 2007 book, The Star Machine. Her takes on more recent movies are equally illuminating, however, especially when she puts in context and praises unlikely favorites such as the Outkast musical Idlewild, then dismantles critical darlings (La La Land comes in for a drubbing). Basinger took a few minutes between screenings to answer questions about the book.

Why did the musical blossom in the United States, of all countries?

America had the filmmaking system that could afford to grind these things out. Each studio had under contract musicians, arrangers, composers, songwriters, orchestras—they could afford to do musicals. We also had this huge vaudeville system that had nurtured this kind of entertainment. But it really is the factory system of Hollywood that brought such a high level of art form to the movie musical.

In the book, you explain the differences between the various studios’ productions. Why do you think it’s the MGM style—epitomized by Meet Me in St. Louis, Singin’ in the Rain, The Band Wagon, and An American in Paris—that has come to symbolize the classic Hollywood musical?

Why did musicals go into a tailspin in the late 1960s?

The musical is essentially a joyous creation, but America is sinking: You’re getting Vietnam, the understanding of the horror of our race attitude, and suddenly the musical seems trivial, old-fashioned. Plus, the studio system collapses. The old studios were factories and financed their own product. In the ’70s and ’80s, they finance outside. It’s a case of the world changing, a business changing, and a genre having to reinvent itself. To do that it has to go through a process of trial and error all over again.

You’ve been teaching this genre for a long time. How do your students react to it?

I first taught a musicals class here [at Wesleyan] in 1971, and they were appalled at first, but they loved the films. And they change over the decades. They hated [Vincentelli Minnelli’s] The Pirate, then they loved it, then they hated it, and now they love it again. I have never had, at any point, any class not fall absolutely in love with Fred Astaire. That’s the gold standard. Gene Kelly goes in and out of favor because his macho kind of persona can alienate people, but they respect the work. What I’ve learned as a programmer—we also run a theater on campus—is that the one movie you never worry about is Singin’ in the Rain. That’s the musical for people who hate musicals. It’s also the musical for people who love musicals. And the musical for people who are totally indifferent [laughs]. It’s an infallible musical.

Bremer’s numbers with Fred Astaire in Ziegfeld Follies and Yolanda and the Thief are just exquisite. I referred to her as [MGM producer] Arthur Freed’s protégée—and we all know what that means—but the Freed unit’s people resented her because they really liked his wife. She was not in with that crowd, and I think it affected a lot of what went on in her career.

Your unabashed enjoyment of the High School Musical franchise is just as impressive.

These are great musicals! They really have this wonderful energy. One of the things that’s so wonderful about the genre is that even in the dumbest musical, you can find a spectacular number.

You also make a case for Francis Ford Coppola as an underrated director of musicals. Do you think he could have done for them what George Lucas did for science fiction?

I love that! If One From the Heart [from 1981] had worked and Coppola had been able to do what he wanted to do, that would have revolutionized the musical. He is a real thinker about cinema in a way that practically nobody else is. His musicals really reflect that, and they don’t get enough attention.