We talk to the author of IT ENDED BADLY 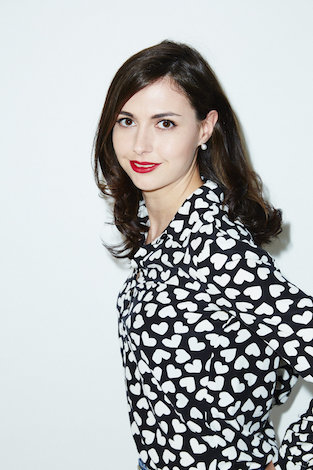 Jennifer Wright is sorry to hear about your terrible breakup. When you drove to the 24-hour Krispy Kreme with tears in your eyes, purchased two dozen “hot now” glazed doughnuts and smashed them all over your ex’s dorm window? She sympathizes with that. She will even acknowledge it as pretty bad/embarrassing. But it’s certainly not the worst breakup in history.

“If your breakup makes you behave like a tormented, crazed shell of your former self, you are not alone,” Wright writes in It Ended Badly: Thirteen of the Worst Breakups in History. “Some of the most notable, most talented people in the world have gone absolutely nuts in the face of romantic disappointment. Edith Wharton. Oskar Kokoschka. Oscar Wilde. Awesome men and women who have left profound artistic legacies for the world have crumbled in the face of heartbreak.”

Your breakup is not included in It Ended Badly, because no one was poisoned, stabbed in the heart, or decapitated. But this should help put your heartbreak in historical perspective.

“That first night after you’ve been through a really bad breakup, and maybe want to doughnut someone’s house, eventually you have to go back to bed, by yourself, and, at least for me, it’s always been a really hard night,” says Wright, who, by day, is a sex and dating columnist for the New York Observer and New York Post. “So I wanted a book that somebody can take to bed on that night, read it, laugh a little bit, and feel like they’re not alone—they’re in the company of a whole history’s worth of people.”

From Eleanor of Aquitaine and Henry II to Debbie Reynolds and Eddie Fisher (and Elizabeth Taylor), love hurts in Wright’s brilliant, funny pop history debut. A table of contents caters to specific heartbreaks: “If your family didn’t like your ex and thought you could do better, Read about Lucrezia Borgia and Giovanni Sforza” (page 45); “If you have ever made the same mistake twice, Read about Henry VIII and Anne Boleyn and Catherine Howard” (page 60); “If you have just sent your ex a very intense emotional e-mail, Read about Caroline Lamb and Lord Byron” (page 111).

But everyone should begin with the first chapter, on Nero and Poppaea, which introduces Wright as a canny, comic, and convivial historian:

“To those living under the reign of Emperor Nero, the idea of a high-ranking political figure getting into trouble because they had sex with another willing adult would be hilarious. That is because ancient Rome was a world full of nightmares,” Wright writes.

And: “Nero inherited his mother’s love of pageantry and ruthlessness, and had none of his stepfather’s understated intellect.”

And: “These are not logical murders. If these murders showed up in an episode of television’s Law and Order, you would initially guess that Nero definitely did not commit the crime because he had no motive.”

Wright’s accounts are backed by some serious research (see: Sources), as well as artwork and photographs. “Nero has one of those busts that you immediately want to punch in the face,” reads one caption.

This is balm for the brokenhearted: we are laughing! We are learning! They are elements that are equally essential to the book.

“I also wanted to write a book for people who normally think, ‘Oh, history’s dry, history’s boring,’ ” she says, “like it’s all just about land treaties or elaborate legislatures, I don’t really like reading history books—to pick it up and say, ‘Oh, hey, this is cool and fun and interesting. Maybe I want to go out and read Suzanne Cooper’s biography about Effie Grey, or Marion Meade on Eleanor of Aquitaine.’ So I was hoping it was kind of a gateway drug—to history.”

Above all, It Ended Badly offers hope: for the late-night drunk texters, the doughnut smashers, and everyone else currently exhibiting bad breakup behavior. Take Oskar Kokoschka, for example, who once commissioned a creepy life-sized sex doll in the form of ex-lover Alma Mahler.

“Oskar’s kind of my favorite because, in a weird way, I think he has the most traditionally happy ending,” Wright says. “It seems he went through this very eccentric passionate period, like a lot of us do. He took falling out of love hard, and he’s probably a little crazier than most of us are ever going to be, but he went on to lead a life where he fights against the Nazis, takes in refugees, and has a seemingly wonderfully happy marriage. So that should give all of us hope. If you’ve ever done something you’re not proud of after your breakup, you have nothing on him.”