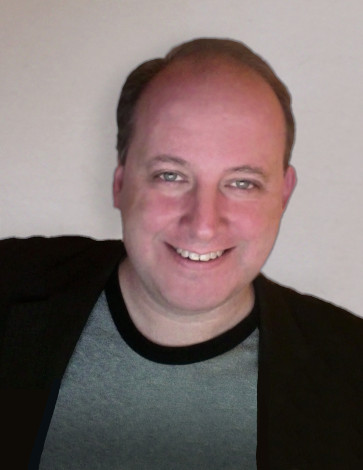 On a book tour for The Tweenage Guide to Not Being Unpopular and with his eight-volume graphic novel series, Amelia Rules!, coming to a close, renowned comics creator Jimmy Gownley was craving another creative project. Prompted by his agent, he penned a prose memoir in the vein of celebrated raconteur Jean Shepherd. His discerning agent thought the resulting draft was terrible, but she responded favorably to a segment in which Gownley discussed, from the vantage point of his high school years, wanting to become a cartoonist. Now wouldn’t that make a great comic book? So he set to work on a graphic novel memoir and the resulting The Dumbest Idea Ever! turned out to be the smartest move ever. Gownley’s self-deprecating humor and recollection of fumbles and feats enrich the book with a humility and story that isn’t didactic.

Memoirs aren’t all giddy reminiscing and glowing self-praise, though. “The first thing you realize when you’re starting a memoir is ‘Okay, I am not cool,’ ” says Gownley. “Any hope I had of presenting myself as cool, that thought is now out the window. You have to be honest and show your own behavior.”

At 13 years old, Gownley was on his best behavior. He had excellent grades and was a titan on the basketball court. Chicken pox, pneumonia and subsequent Catholic school truancy altered Gownley’s academic standing, and his reputation plummeted from admirable to unremarkable in high school. A severe lack of inspiration in his small hometown didn’t help make his lenses any rosier.

Then came the first of many revelatory moments. He discovered an incredible comic that was self-published by two guys who “live like rock stars.” Inspired to be part of the rock-and-roll comic book dream, he pulled himself out of a slump, stationed himself at a drafting board and wrote his own comic (a hybrid of The Lord of the Rings and Star Wars entitled Star Lord.)

Then again, magic is an elusive creature. What Gownley thought was a chef d’oeuvre was aptly described by his best friend, Tony, as “super nerdy.” Gasp! Then Tony suggested something less fantasy-driven: a comic book about them that their friends and, quite importantly, girls would read. After grumbling about the untimely death of Star Lord, Gownley wrote Shades of Gray, a comic book based on his own high school experience. Gray became such a hit on campus that the local news interviewed him about its success—a success that didn’t come easy in Girardville, Pennsylvania.

“It was literally impossible to do what I was setting out to do,” says Gownley. “We had to drive 70 miles to find a place that would print my first comic book. But that was just the way it was and no one stopped to tell me that it was stupid.”

Being stupid, as he says, has earned him achievements like 13 Eisner nominations and the coveted title of New York Times best-selling author. His perseverance certainly led to success, but he also gives praise to librarians for championing graphic novels.

“Somewhere around 2006 or so, it just seemed like librarians in particular, like a light switch went on and they just said ‘Oh, this is great,’ ” says Gownley. “At first it was that graphic novels are great for reluctant readers, which is kind of a back-handed compliment. It’s like, ‘Well, they won’t read anything else, at least they’ll read these.’ Then some other librarians started going, ‘No, not only will they read these, these are really good in and of

Gownley also gives due credit in the memoir to the support of his parents and friends. He doesn’t claim to have been a reclusive artist in creative turmoil, misunderstood and solitarily paving his own way to redemption and recognition. “The idea of an artist or a writer being outside of society is harmful especially to the artist and that was really far from what my experience was,” says Gownley. “I had very close friends who gave me very good advice and a town and a family that were hugely supportive and I wanted to honor that.”

As he remembers what he must have looked like poring over yearbooks to write his memoir, Gownley chuckles and offers another sage piece of advice: “If you’re going to have a mid-life crisis, I highly suggest it comes with a book deal because that’s the only thing that makes it worthwhile.”

Gordon West is a writer and illustrator living in Brooklyn, New York. He is admittedly addicted to horror films and is at work on his own YA novel.