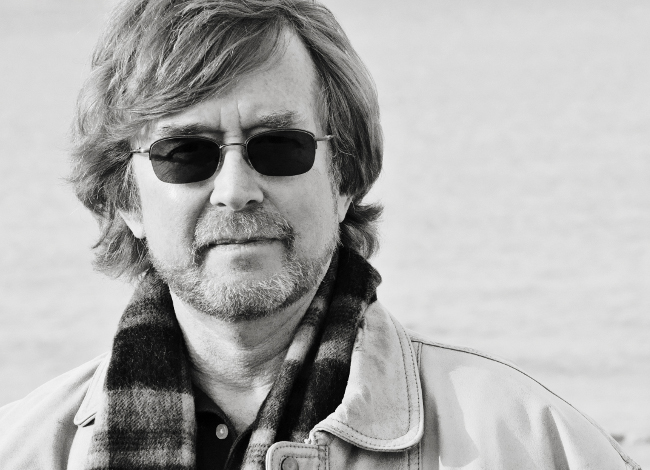 Joe Jackson has written books about true crime and about canonical figures in popular history. There is a common thread connecting narratives such as The Thief at the End of the World, about the adventurer who worked his way into the history books by stealing Brazilian rubber trees for planting elsewhere, and Atlantic Fever, about the race of American aviators, Charles Lindbergh among them, to fly across the ocean to Europe: “I’m interested,” Jackson says, “in the process of how society turns people into heroes and, sometimes, secular saints.”

Jackson’s latest book, Black Elk: The Life of an American Visionary, concerns a man who was both hero and saint—by Jackson’s estimation, in fact, “the one truly authentic American holy man.” Black Elk was born in the Powder River Country in 1863, not far from Little Big Horn, where Custer and his soldiers would meet their end. He knew Crazy Horse. He survived the massacre at Wounded Knee—and he fought back. A leader of the Ghost Dance, Black Elk, or Hehaka Sapa, prayed that the white invaders would be driven from the continent—and then, when that did not work, became a devout lay Catholic. He was everywhere at once, it seemed, and a participant or close observer of some of the most important events in the Indian Wars of the 19th century.

Jackson writes that three decades after the last shots were fired on the frontier, a poet, working on an epic about the Ghost Dance, arrived at the Pine Ridge Reservation in search of a veteran of the movement, preferably a medicine elder who could speak to the spiritual aspects of the dance. Well, John Neihardt was told, there’s Black Elk, who was reckoned to be a preacher of sorts—but also “a little peculiar.”

Neihardt, well known in literary circles, found the wicasa wakan (“medicine man” is a rough translation of that term) and thus began the process of forging perhaps the best known of all Native American memoirs of the era, Black Elk Speaks. Getting the book together was difficult enough, for, as Jackson chronicles, there were factions within Oglala society that sought to separate the two who became friends, at least of a sort. Getting it published was more difficult still, for in the Depression era, no one really wanted to hear about an American past of innocent blood and wanton slaughter.

Neihardt persisted, and he brought Black Elk Speaks into the world. Neihardt saw it as a fine expression of a disappearing culture—and, as Jackson writes, “cultures were like books, each a valuable and unique volume in mankind’s great library.” It took readers some time before they discovered just how fine it was: Black Elk Speaks was mostly overlooked until the ’60s, when the hippies, enamored of all that was Native American, discovered it.

Neihardt faded into obscurity even as Black Elk was made a saint of the New Age movement, a movement that, Jackson writes, “would

Now readers can rediscover the real Black Elk and the wise, haunted book that bears his name. Jackson’s biography—as much about Neihardt, their shared work, and the memoir itself as about Hehaka Sapa—brings long-lost events into sharp focus, both before and after the birth of what Jackson calls “one of the twentieth century’s most important documents on Native American culture.” So it is, and now that Sioux country is in the news again, Jackson’s book is a timely addition to a rich and troubled history.