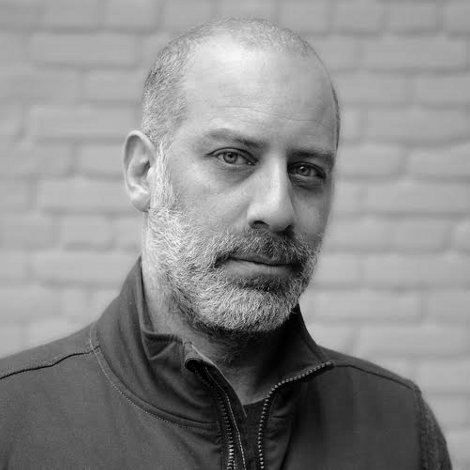 A fall of shadow, a flash of light at the edge of a forest clearing. The rustle of undergrowth. The merest glimpse, lightning-quick, of something that’s not quite human, not quite simian.

Thus Sasquatch, also called Bigfoot, the elusive, presumably mythical creature of the densely wooded mountains of the Pacific Northwest. Everyone has heard of the thing, but no one has definitively seen it—though that hasn’t stopped the claims from pouring forth for its existence, even as those who scoff at the idea push it off as a human in fur suit.

John Zada, a journalist specializing in travel adventure, grew up enthralled by Sasquatch. “It’s a big thing in Canadian popular culture, and I was fascinated by it.” Zada grew up in a suburb of Toronto, far from the Pacific Northwest but he read “every Sasquatch-related book, every magazine article, saw every movie and TV show that existed back when I was a kid in the late ’70s and early ’80s,” he says from his home in Toronto. “I always yearned for those mythical landscapes, the environment as much as the creature, and it helped instill the travel bug in me. The whole thing just stuck with me over the years, and as an adult, I kept hearing about people who had had encounters—people who usually had no interest in the subject.”

Zada’s fascination with Sasquatch roughly coincided with the first stirrings of a program on the part of the government of British Columbia to dedicate more than 12 million acres for environmental protection as the Great Bear Rainforest, prime territory for the creature whom Native peoples of the region both revered and avoided. He traveled there, through the dark forests of the muggy coast, going from settlement to settlement and talking to people he met along the way, journalistic legwork that figures in his lively book In the Valley of the Noble Beyond: In Search of Sasquatch. Because no physical specimen, living or dead, has yet turned up, “mainstream science scoffs at the idea of such creatures, which are also considered by most people to be no more real than fairies or gnomes,” Zada writes.

But Zada isn’t so quick to dismiss Bigfoot as a half-man, half-ape that stalks the remote forests, a bogeyman with which to scare children and the easily cowed. “I’m not here as a debunker,” says Zada. “I’m not a skeptic. I’m a travel writer and storyteller. But there’s something to this. After all, we’re getting used to the idea, with all the recent archaeological news about Denisovians and Neanderthals, that there were humanoid species that existed alongside ours. It’s not unthinkable that there’s some unclassified primate species out there awaiting discovery, a species that has coexisted and coevolved alongside our own.”

And so he traveled and asked questions. “When I went to the Great Bear Rainforest for the first time, without looking or thinking about it, I kept running into stories about Sasquatch and encounters or incidents with him. I listened to everyone who had a story to tell. Some reports, of course, are more convincing than others. Sure, there’s hoaxery around the topic,” he says. “But the people who live up here know all the animals. Some people say that Bigfoot is just a bear, but the people who live there, they know the difference.”

There is now much talk afoot of running oil pipelines through the Great Bear Rainforest, which, if they come to pass, will open up the region to increased development, tearing gaping holes in the heart of Bigfoot territory. In the end, says Zada, what he’s interested in is less to prove or disprove the existence of Sasquatch than to explore how it is that people perceive and believe—or don’t. Why are some people dismissive and others wholly convinced when they both have the same evidence before them, or, better, lack of it? Zada ventures no attempts at a definitive answer. As he writes, simply, “Things are often not what they seem.”

But he intends to keep looking.