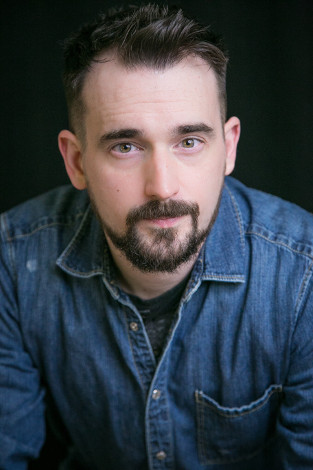 Since 2012, Jonathan French has been self-publishing his Autumn Fallseries, drawing on a deep love of Tolkien and Dungeons & Dragons to develop an extensive fantasy world. But with his latest book, The Grey Bastards, French created something entirely new. The fictional world of Bastards is the Lot Lands, a volatile landscape populated by half-orcs that might be more at home on gritty TV shows than in The Lord of the Rings. By crafting a brutal but also fun story centered on nonhuman characters, French won the 2016 Self-Publishing Fantasy Blog-Off and soon landed a deal with Crown, an imprint of Penguin Random House. The Grey Bastards is released today; I talked to French about how the novel rode off from blogs to book deals.

What inspired the world of The Grey Bastards?

Well, I was playing way too much Dungeons & Dragons, and I was obsessed with painting gaming miniatures, especially orcs and half-orcs. I wanted to write a fantasy book that contained all the gritty elements I was seeing on TV shows like Black Sails, Spartacus, Sons of Anarchy, Justified, even Mad Men. I also pulled in ideas from spaghetti Western films, many of which were filmed in Andalusia Spain; the setting of the films got me thinking about the historical era of Spain’s Reconquista, which I used as an analog for the setting in the book.

What fantasy conventions did you want to play with in the novel?

The very nature of tabletop games like D&D is to have a toolbox of conventional fantasy elements that you can manipulate with rules and stories. The trick is to use these elements effectively and, with some practice, mold them into something of your own. For Bastards, I saw a chance to add some grime to the classic Tolkien races. I'm a huge fan of the Professor, but Middle-Earth is a chaste place.

How did you initially try to get your first books in front of readers?

In terms of building an audience, I found I was more comfortable meeting fans face to face than marketing myself online, and I built up some loyal readers by attending book festivals and sci-fi/fantasy conventions, first as a vendor, and then later as a guest speaker or panelist.

How do you think prizes like the SPFBO can help self-published writers?

The Self Published Fantasy Blog-Off is a contest hosted by author Mark Lawrence. Ten well-established book bloggers volunteered to judge a stack of 30 each, picking their favorite to form a top 10. Having a chance to have up to 10 bloggers post reviews of your work is huge for a self-published author. The support systems and even friendships that were formed during my SPFBO “class” continued far beyond the contest’s run. Mark and the bloggers have fostered something truly special, and many authors, myself included, owe them an unquantifiable amount of gratitude.

Why have you kept your Autumn’s Fallseries as self-published titles?

There is something to be said for having complete control of its development. I could allow them to be phone book–sized tomes without anyone telling me to make cuts. Most important, I could set the deadlines! I was proud to self-publish the first two books, and I will be proud to do so with the future installments.

What would you say to other writers debating between pursuing traditional methods and releasing their work themselves?

Pick one and move forward! Plus, it doesn’t have to be one or the other. We know writers can do both. Self-publishing isn’t a shortcut to traditional, nor is traditional the only worthwhile result of self-publishing. Each can be pursued exclusively or in tandem, with success a long shot on either road. Experience in one realm of publishing can only serve to make you better in the others. So give it some gumption and get started!

Rhett Morgan is a Paris-based writer.