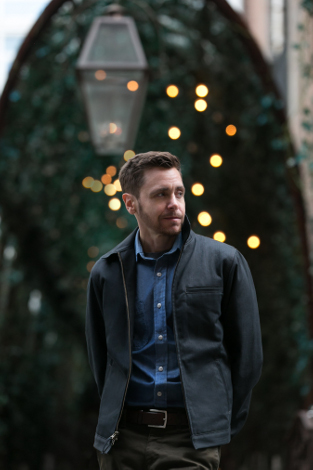 For all Jordy Rosenberg’s Confessions of the Fox is—“[a] singular, daring, and thrilling novel: political, sexy, and cunning as a fox,” Kirkus rhapsodizes—there’s one thing it isn’t.

“There is a huge thirst around transgender memoir,” Rosenberg says, “and that is fine and great. I love that there are so many people out there representing their stories. But I would say 75 percent of the [editors my agent and I] talked to said, ‘Well, if this person would just write a memoir, that’s what we want.’ ”

Rosenberg is a transgender writer, scholar, and associate professor of 18th-century literature and queer/trans theory at the University of Massachusetts Amherst. His riotous debut is a brilliant, bawdy, speculative historical fiction. To help realize its vast potential, he chose One World publisher and editor-in-chief Chris Jackson and editor Victory Matsui.

“What was amazing about Chris and Victory,” he says, “is that they really wanted to support a transgender author writing fiction. This ends up getting thematized in the book, with some of the content around the questions of demand for disclosure: They never once asked, ‘Which parts of this are true and which are not?’ They cared about, ‘How does this work as a novel?’ ”

Confessions of the Fox centers on the authentication of a musty manuscript recovered by a Dr. R. Voth, abject professor of humanities at a corporatizing New England university. Dated 1724, “Confessions of the Fox” appears to be an autobiography of infamous English thief and jailbreaker Jack Sheppard; and this iteration may qualify as Western history’s first transgender memoir.

“Is the manuscript the authentic autobiography? the Publishers used to ask,” Rosenberg writes in an Editor’s Note by Voth. “Is it a fairy tale? Is it a very long and terrible poem? A hoax? I am ashamed to say that, for a time, I tried to answer them. I hope that history will forgive me for having told them anything at all. You can be assured that I will not share my findings with them anymore.”

Voth’s deeply personal, frankly hilarious annotations are a marvelous juxtaposition to the “picaresque thriller” chronicling the exploits of Sheppard and Bess Kahn, an infamous sex worker and jailbreaker of East Indian descent who helps awaken him to the joy of sex, the brutality of capitalism, and the confines of the mind.

“As I was saying, if you were a marooned lascar sailor, then your options would be slenderer,” Bess tells Jack. “And I’m not saying they’re not slender now. But choosing when and how they enforce the law on you is not something you can do. And not a reason to confine yourself before you begin.”

Exuberant and unforgettable, Confessions of the Fox is a riotous novel that “show[s] how easily marginalized voices are erased from our histories—and that restoring those voices is a disruptive project of devotion,” Kirkus writes.

“If you think about [the 18th century in England],” Rosenberg says, “as this period that is the horrible birth of the municipal police force, the birth of imperialism, the birth of a certain kind of prison-industrial complex as we understand it today, what was so important about Sheppard being this folk hero was that he, in so many ways, represented the flouting of those rules and conventions. To me, that story is not just a flashpoint for then, but is a flashpoint for now.”

Megan Labrise is a staff writer and co-hosts the Fully Booked podcast.