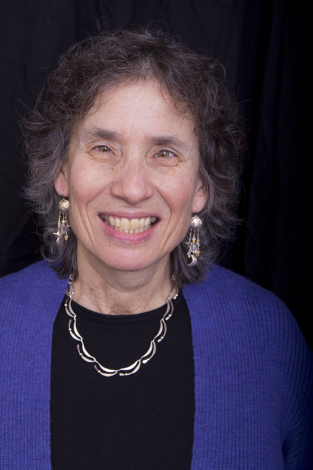 To successfully build a body of work, artists who hope for longevity need control—over their careers, their reputations and how they are represented in the media. That this was a central guiding principal of a multigenre performing artist who is one of the world's most prominent social activists is one of the unlikely insights offered by historian Judith Smith in her new book, Becoming Belafonte: Black Artist, Public Radical.

The singer and actor Harry Belafonte has, of course, told his own story with the 2011 publication of My Song: A Memoir of Art, Race and Defiance. But this aptly named new book by Smith, an American Studies professor at the University of Massachusetts, Boston, takes the long view. She fixes her sights on his background as the son of mixed Jamaican heritage who grew up poor first in Jamaica, then in Harlem before joining the Navy and then happening upon a performing career when he got tickets to the American Negro Theater. Smith then charts the ascendancy of Belafonte in the theater, in television and on the frontlines of the most pivotal social justice movements of his times. In this way, she helps us put the legacy of Belafonte in context beyond the sound bites of his scathing critiques of both the Bush and Obama administrations and rappers like Jay-Z.

"Belafonte was part of a group, Lorraine Hansberry, Julian Mayfield, Ossie Davis, Ruby Dee...they had all been through the war," Smith says. "They were excited about the gains made while being furious at the way segregation had expanded during the war. There was a moment when it seemed like things were opening up, and then they didn't. Belafonte found this way even in that dark time, through folk music and singing, to carry the political message to the public."

In Becoming Belafonte, Smith provides a thorough lens of the cultural and social circles Belafonte moved in under the mentorship of figures like Paul Robeson. Belafonte’s evolution as an artist from the 1930s and ’40s until now is the heart of Smith’s book, in part because that evolution was fueled by the virulent racism he experienced as a film star determined to push back against bias before the civil rights movement was formed. "Belafonte was the first black performer to gain control over representations of African Americans and artistic control," Smith says. This included his foray into producing television. "He really tried to use his resources to control the circumstances of production in television and film. But they failed by a certain commercial measure."

At a time when blacklisting was impacting folk singers like Pete Seeger, Smith viewed Belafonte’s path into music as one way for him to use music to "articulate a vision, emphasizing equality as a way to get to social justice and equality."

At the height of his fame in the 1950s, Smith says he utilized his status as a triple threat—musician, film and stage star—to add "celebrity capital to the freedom struggle through the press," as she puts it. Belafonte wanted to replace the maids and minstrels so visible on television, these people who "demanded equality with their presence."

The trajectory of his life moved to financially supporting Martin Luther King Jr.’s family and the unsung champions of the civil rights era to becoming a key financial backer for social causes that included We Are The World, Bread and Roses and TransAfrica. His international purview was less threatening than that of Malcolm X or the Black Panthers, but Belafonte continued to be a voice for the U.S. to have powerful external alliances—and he has become one of the most vocal critics of America’s foreign policy.

"Belafonte was a radical first, then used his art to bring attention to anti-apartheid struggles and labor," Smith says. "He never confused his personal progress with racial progress. He kept looking for ways to be a better citizen. He kept singing songs that his audience wanted to hear for longer than he wanted. He made artistic compromises singing these beloved songs over and over again."

The trade-off was that Belafonte was able to keep being a drum major for justice as an international humanitarian. Now 87, Belafonte has been sitting in with younger coalitions of social change, groups like the Dream Defenders. His newest group, Sankofa, is meant to challenge artists to use their work to prompt political change.

"Belafonte reminds us that we’ll have to look in a lot of directions to continue progress," Smith says. " 'I love America,' he says, but he has a bigger vision of our place in the world. His legacy is to inspire us with that alternative vision, even if we fall short."