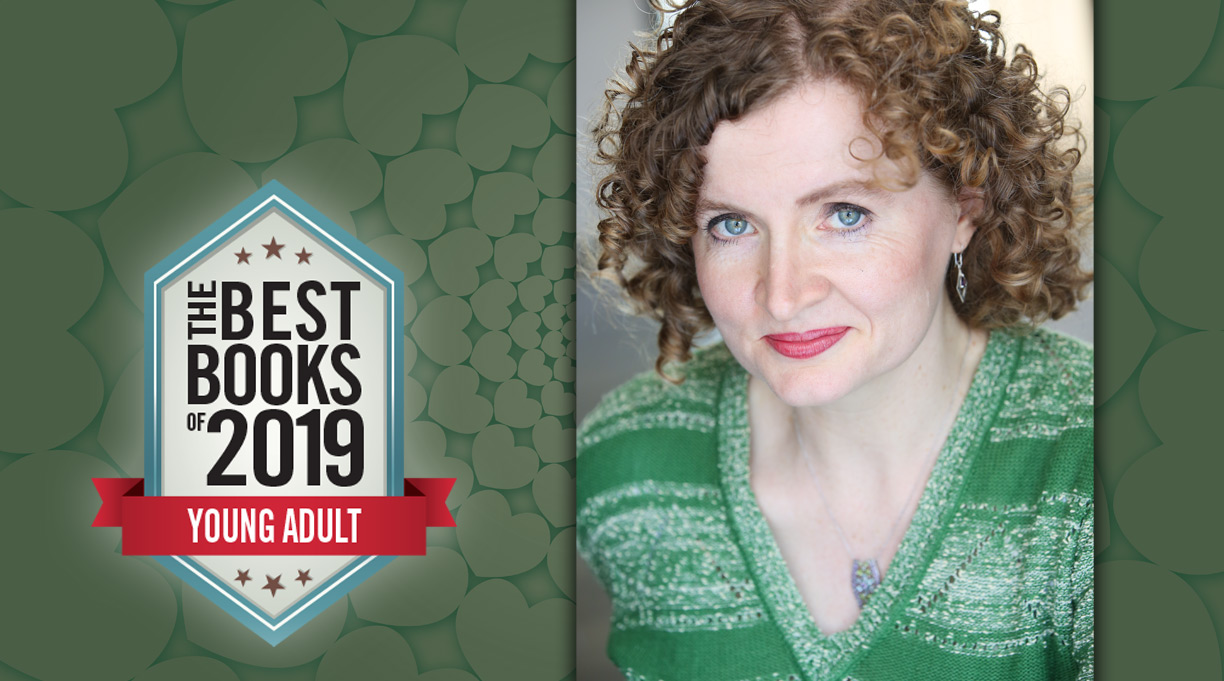 It took Julie Berry a few attempts at her latest YA novel, Lovely War (Viking, March 5), before her ideas got some traction. In reading about World War II, she was repeatedly struck by how often references were made to experiences in World War I, a conflict largely glossed over in the United States due to the brevity of this country’s involvement. “I wanted to show the scope of that war, how long it was, how big it was,” Berry explains,  “but I struggled to figure out how to form a young adult novel about it.” After a number of attempts, inspiration struck—from the heavens.

“There really was divine inspiration,” Berry says, referring to the pantheon of divine narrators she introduced into the narrative. “I realized I needed a nonhuman perspective.”

In Lovely War, a jealous Hephaestus lays a trap for cheating wife Aphrodite and her lover—his brother, Aries—in a New York hotel room. The year is 1942, and against the backdrop of man-made devastation on a global scale, the God of Fire demands that Love and War stand trial for their crimes against him. In her defense, Aphrodite says she is incapable of true love herself and offers two tales of love as evidence: those of Hazel and James and Collette and Aubrey, two couples whose lives and relationships were defined by the Great War. The goddess turns over the authorial voice to other gods as they offer testimony about the parts of the story they influenced—Aries in war, Apollo in art, and Hades in death.

As the trial drags on and  the gods weave their tale, an overarching question hangs above them all like the sword of Damocles. “This really is a story about whether true love can overcome brokenness,” Berry says, “about whether love is still even viable in this modern, nuclearized world. Personally, I don’t think I could begin to answer that question in anything other than a 400-page book.”

James Feder is a New York-born, Scottish-educated writer based in Tel Aviv.