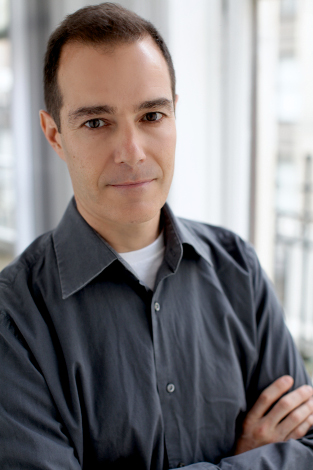 As a child Karl Jacoby traveled to his grandparents' home in Phoenix every spring. They would ride across the Mexican border into Sonora and enter a new world both strange and familiar.

“Being on a train going across the border was a disorienting experience,” he recalls. “It’s said you write the book you need to write in order to understand the world. For me it’s to understand what borders are.”

Jacoby, raised in Massachusetts and now a revered historian teaching at Columbia University, explores borders on many levels in The Strange Career of William Ellis: The Texas Slave Who Became a Mexican Millionaire, a book that takes a new, tangible look at racial identify and a broader American identity that is often more about perception than reality.

The book’s long gestation began when Jacoby’s graduate school adviser, aware of his student’s interest in the border and U.S.-Mexico relations, suggested Jacoby browse through old consul reports. There he found an 1895 mention of efforts to bring freed American slaves to Mexico as sharecroppers. William Ellis, the big-idea man behind the project that would ultimately fail, was a mystery.

“It took a long time to unravel who he was,” Jacoby says. “There were hints, but they were all very vague. A lot thought he was Mexican or Cuban. It was hard to know what was true and what was the fantasy he’d invented.”

The truth as Jacoby eventually unearthed it: Ellis was born a slave on a cotton plantation in Victoria, Texas, in 1864, a year before slavery would officially end. Slavery had boomed in Texas after its admission to the United States in 1845 from 27,000 to 180,000 in 1860 with the full support of the government, which dreamed of future land grabs from Mexico or even the annexation of Cuba.

What slave owners didn’t count on was the allure of the Mexican border and potential freedom. While the U.S. operated on the “one drop” rule when it came to racial identity, Mexico was a "celebration of mixing," Jacoby says.

This dichotomy proved fertile ground for Ellis. He moved first to San Antonio and—to escape post-slavery Jim Crow laws that listed him as "colored" and thus limited his freedom to compete—refashioned himself as Mexican businessman Guillermo Eliseo. He was aided in the deception by lighter skin that pointed to his likely grandfather—a white slave overseer—and his fluency with the Spanish language.

"He was realizing a lot of ways he could reinvent himself," Jacoby says. "If you're persuasive enough, you can do things. He was in many ways the quintessential character of the Gilded Age."

When San Antonio proved too close to home and his true identify began to seep out, Ellis moved to New York City where he reinvented himself again. “New York was the perfect place to hide,” Jacoby says. “It was far from the border and anyone who knew him in Texas.”

Wall Street was just becoming the financial force we know today. “We think we inhabit a global economy now, but in some ways the 19th century was more global,” Jacoby says. "There were steam ships and trains and no limits on movement. You didn’t need a passport until 1914. The United States was fascinated with investing in Mexico to produce the new shiny consumer products of the Gilded Age.”

Ellis played to that fantasy, Jacoby says, with limited success. He grew a large mustache, dressed extravagantly, married a white woman, lived among rich whites in Central Park West and had an office next to J.P. Morgan. “To protect his persona required an incredible amount of money,” Jacoby says. “He acted in a way people would find inconceivable for how an African-American could live.”

Jacoby painstakingly pieced together Ellis' story over seven years using internet search options that weren't available when the idea first presented itself. He even reunited two strains of Ellis' ancestors—his sister's branch in California and his more direct family in Mexico. The latter was not aware of their African-American roots until Jacoby told them.

The Ellis story is worthy of novel, with tales of a sexy female con artist taking aim at Ellis and hints that he pushed a competitor overboard during a voyage to Ethiopia for yet another trade scheme (Jacoby says simple logic acquits Ellis). But Jacoby sees Ellis more as a "code shifter" who did what had to be done.

"He did traffic in a sort of deception," Jacoby says, "but what people are buying on Wall Street all the time is a sort of fantasy. He had a need to invade the Jim Crow segregation he would face. The real crime is not him conning people, but white supremacy forcing him to do this.”