Kavalier & Clay Will Be a TV Series—Finally 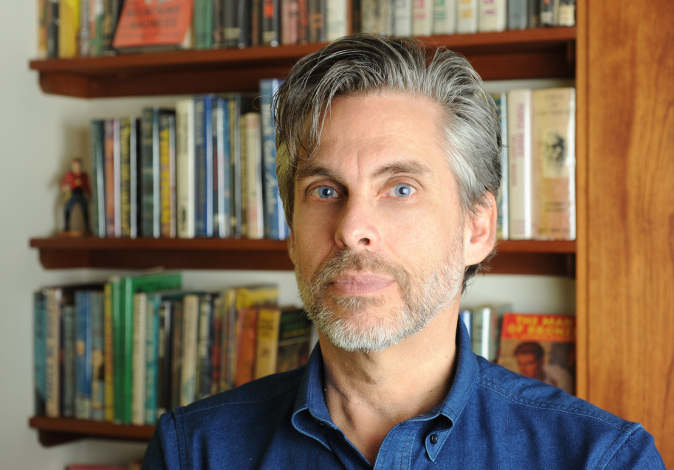 There are countless TV shows about superheroes, but relatively few about the comic-book writers and artists who created them. A Showtime series about the adventures of two fictional comic creators is about to take flight, based on Michael Chabon’s Pulitzer Prize-winning 2000 novel The Amazing Adventures of Kavalier Clay.

The show just received a series commitment at the cable network, according to Variety, and in an unusual twist, Chabon himself, and his spouse, author Ayelet Waldman, will serve as its showrunners and executive producers.

The novel, which received a Kirkus Star, tells the story of a Czech immigrant to the United States, Josef Kavalier, and his American cousin Sammy Klayman, who find success in the nascent industry of superhero comics during the World War II era. Their character, The Escapist, is described as “Houdini, but mixed with Robin Hood and a little bit of Albert Schweitzer.” Along the way, the book draws on elements of the real-life history of the American comic-book industry. Kirkus’ reviewer called the novel “a tale of two magnificently imagined characters, and a plaintive love song to (and vivid re-creation of) the fractious ethnic energy of New York City a half century ago.”

Chabon is currently the showrunner of the upcoming CBS All Access series Star Trek: Picard, for which he’s also a co-writer; he recently discussed his lifelong connection to Star Trek in a New Yorker essay, “The Final Frontier,” published last month. Another executive producer of the Kavalier Klay series, Alex Kurtzman, is the creator of Star Trek: Picard, and a co-creator of the CBS All Access show Star Trek: Discovery. Kavalier Clay executive producer Akiva Goldsman is best known for his Oscar- and Golden Globe-winning screenplay adaptation of Sylvia Nasar’s 2010 book A Beautiful Mind.

According to Variety, Chabon and Waldman are also developing a Showtime series based on the latter’s 2017 memoir, A Really Good Day, as well as a Hulu show of Jacqueline Woodson’s 2004 YA novel, Behind You.