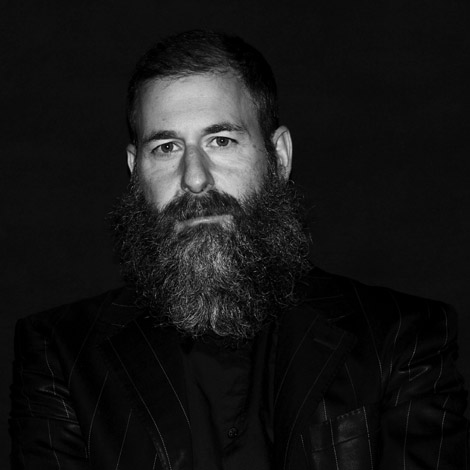 My interview with Kenneth Goldsmith about his new book, Wasting Time on the Internet, could be a case study for it. During the course of our conversation from my Skype app to his phone line, I pull up Goldsmith’s Facebook page, where I find a picture of him with President Barack Obama, adjust my Skype volume to minimize feedback, open a new browser window for an article I want to quote, and agree to continue our conversation over email.

These small processes and negotiations create what Goldsmith calls the “fractured landscape” of our internet use. “I think the idea about the book is that we are really not one way or the other—we’re a combination of things,” Goldsmith explains. “We’re a combination of print and electronic, we’re a combination of nonsensical poetic and explicative, pedagogical narrativity.” The form of the book itself makes this point: it’s a print book about digital consciousness and an extended prose essay, not the experimental poetry for which Goldsmith is most known (Capital: New York, Capital of the 20th Century, 2015).

The patient wanderer side of Goldsmith is in fine form during our meandering conversation, which pauses for a few moments at Pokémon Go: “Breton and the surrealists would be delighted by this, catching cartoon creatures in our physical space....It kind of adds eccentricity back into the landscape again, but it’s virtual,” he says. Then lingers on Donald Trump’s internet use. Goldsmith theorizes:

Donald Trump is completely brilliant at Twitter, and he’s kind of reinvented Twitter, though I don’t think he’s very conscious of it. He’s doing something that I think I could actually read again through odd strains of modernism, people in the 20th century who actually intended to write like that. Honestly, I could relate it to e.e cummings.

Goldsmith’s narrator in Wasting Time on the Internet is a wanderer too, like a flâneur, the 19th-century figure who is also an expert observer with “a stance of studied ambivalence,” as Goldsmith writes. Accordingly, the book contains few strong assertions apart from the general one that our digital lives are multifaceted and complicated. Yet its shadow argument is, How could a genuine discussion proceed otherwise given the nature of its subject? “The flâneur is hardwired into the ethos of the Internet: we ‘browse’ the web with our ‘browsers,’ ‘surfing’ from site to site, voyeuristically ‘lurking’ from the sidelines,” Goldsmith writes.

The essay’s throughline, a discussion of the internet as what Goldsmith terms “the flowering of the failures of modernism,” gives Wasting Time on the Internet intellectual substance. “We are not really informed about the precedents of how we’re using technology,” Goldsmith says. “In this book I really wanted to draw out some of those historical precedents that inform the way we spend our time in front of the screen—surrealism, cubism, situationism.”

This is a convincing challenge to the criticism that Goldsmith has received for conducting a class on digital creativity at the University of Pennsylvania. A major inspiration for the book, the class encouraged students to feel their ways to an understanding of what Wasting Time on the Internet makes explicit. A discussion of augmented reality as it relates to the situationist concept of the dériviste would not be out of place in the class, which Goldsmith is offering again this fall in conjunction with the book’s release. But maybe the topic won’t come up at all. “We just get together in a room, and different types of ideas emerge from different groups of people, and I go with them,” he explains. “We kind of just drift together.”

Alexia Nader is a writer living in San Francisco and the managing editor of The Brooklyn Quarterly.