Killers on the Road 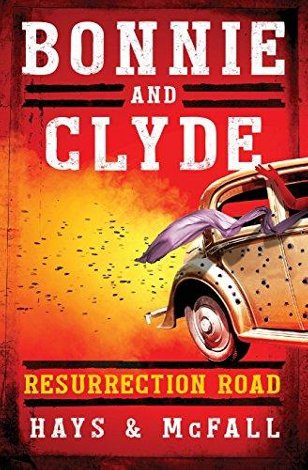 One of the oldest elements of the noir genre is the romantic, doomed couple on the run from the law. It’s featured in many movies, from Gun Crazy (1950) to Natural Born Killers (1994), and it remains popular among crime-fiction writers. Each of these examples, reviewed by Kirkus Indie, offers surprising twists on the formula:

Harvey Havel’s The Thruway Killers (2016) features a classic noir plot: Sabrina McPhee plots the murder of her wealthy husband, Arthur, with his crack-smoking, middle-aged son Droog. The plan inevitably goes haywire, and Droog and his lover, Angela, hit the road—but then Droog gets involved with a religious cult. According to Kirkus’ reviewer, the novel delivers a “rollicking murder story about an affluent family torn apart by greed, prejudice, and its own foibles.”

Bonnie Parker and Clyde Barrow famously went on a multistate 1930s robbery spree that ended with their demise at police officers’ hands. Clark Hays and Kathleen McFall reimagine their fates in the 2017 thriller Bonnie and Clyde: Resurrection Road. In it, a mysterious organization fakes their deaths and enlists their help in stopping a planned assassination of President Franklin D. Roosevelt. Kirkus’ reviewer calls the novel “an exciting ride, with tight corners, narrow escapes, and real romantic heat.” David Rapp is the senior Indie editor.