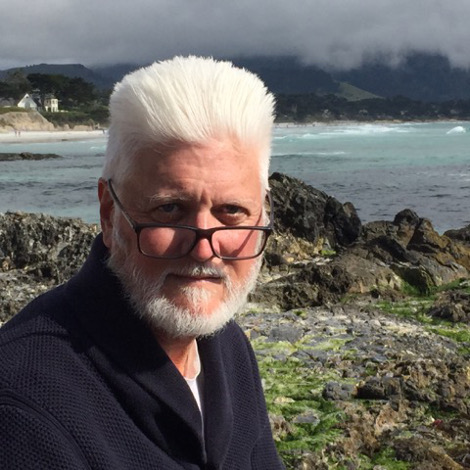 King Grossman had just returned from participating in the Dakota Access Pipeline protests when Kirkus caught up with him. His desire to become an active citizen informs the backbone of his debut indie venture, Letters to Alice. The novel has a feel for the zeitgeist of our times with Occupy Wall Street and the Arab Spring woven into its threads. The book’s protagonist, Frazier Pickett, an editor whose writing ambitions have been mostly quashed, is a “slumbering man,” somebody who just goes through the daily motions of life.

It is exactly this concept that Grossman wanted to tease out in his novel because he worries about our fractious public discourse. “We haven’t yet imagined our way into a new future, and so we don’t quite know what to do with that,” he says. “That’s not sleepwalking, that's not denial. It’s slumbering. It’s a willful, conscious pushing-aside of the concern that systemically we’re not holding together because we don’t know what to do. In that regard, I wanted the book to be a call to not waking up but to owning that slumber and breaking through it.”

Can just waking up be enough to fight the major issues of the day? Taking action helps too, Grossman says, likening individual deeds to throwing a pebble against the wall of injustice. “You know you can’t move the wall with your single pebble, but if enough of us throw pebbles at the wall, it will move.”

Grossman always knew he wanted his novel to shine light on the present by including a story that is “one or two steps removed from our times.” Letters to Alice oscillates between Frazier’s contemporary story and that of Katya Ivashov, a Russian writer who is associated with a Jewish anti-fascist group during Stalin’s purges. Young Katya is determined that Boris Pasternak’s Doctor Zhivago see the light of day. Dr. Zhivago was Grossman’s mother’s favorite story. Alice, the woman to whom the novel is dedicated, is a writer whom Grossman met on one of his frequent travels who advised him to keep a writing journal. Alice was a Jewish refugee from Stalinist Russia, and much of her family was killed trying to get out of Russia. These two nuggets tugged at Grossman to include the Russian aspect of the story.

Letters to Alice is also a nuanced portrait of marriage with its attendant strengths and frailties. While Frazier is married to Margaret, a professional in the publishing industry, he also has a muse, Anastasie Moreau, whom he is drawn to. Grossman says he worried about lending a fresh angle to the portions of the novel about love, a topic that has been written about many times before. “I drew on conventional wisdom about love and relationships but also on Carl Jung’s thinking to a good degree that we are archetypes, feminine and masculine, and that we carry each,” he says.

After the manuscript for Letters to Alice went through 90 agents without satisfactory responses, Grossman decided to launch a press, Occupy the Word Publishing, an imprint of the nonprofit Occupy the Word Foundation. The foundation and the press help find “other voices that are

trying to write fresh new things that really strike at the core of what’s going on at an individual and cultural level.”

Grossman says that he’s unsure if mainstream publishing is taking enough risks these days. “It’s not that new and fresh voices don’t get out there,” he acknowledges. But it seems as if “it’s harder than ever.” One publisher offered to publish the nearly 500-page book as a trilogy, a move Grossman refused.

“I know the book is a big read, but that’s OK. There are big books in the marketplace. It's unfair to say people don't want to read big books,” Grossman says, “They just need to be good.”

Poornima Apte is a Boston-based freelancer with a passion for books.