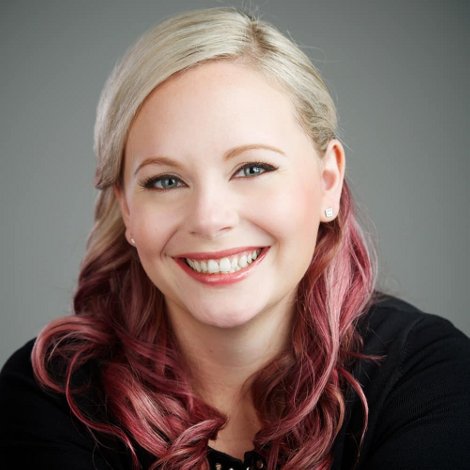 Kristina Perez grew up obsessed with Morgan Le Fay. From the time she read Mists of Avalon as a 13-year-old, she was fascinated by the many legends about the sorceress.

She devoted her academic life to untangling the different threads of Morgan's story, which gave her a deep appreciation for just how tangled myth and history have become in our understanding of King Arthur. As you might imagine, that was easier said than done. “The thing about Arthurian literature,” Perez says, “is that the kingdom, the Britain that exists in it, never existed.”

Though ostensibly set in sixth-century Britain, most of the Arthurian legends weren’t written down until the 12th and 13th centuries, and scholars at the time weren’t especially concerned with historical accuracy. “The annals that we have tend to not actually be historical annals as we would think of them,” Perez says. “Even though Jeffery of Monmouth says it's a history of the kings of Britain, he made a lot of things up.” Over time, the anachronisms and inaccuracies have become integral parts of our cultural imagination.

When Perez set out to tell her own version of these legends with Sweet Black Waves (2018) and now Wild Savage Stars, she wanted to combine the historical with the fantastical in a world of her own. In her take on the tale of star-crossed lovers Tristan and Isolde (called Eseult here), magic mixes with the real concerns of history: the rise of a new religion, the retreat of a great empire, and the changing role of women. “What I really want to get across is just the richness of the medieval world,” she says, “and that it was much more multilayered and nuanced with respect to different races of people and also different sexual orientations than people tend to…think.” To that end, Tristan is biracial and another character is bisexual.

However, the heart of Perez’s story is Branwen: Eseult’s cousin, Tristan’s love, and the inadvertent catalyst for the whole tragedy. “She had one job, and she doesn't do it very well, and then…all of the star-crossed lovers and the warring kingdoms and whatnot, it's all kind of her fault,” Perez says.

Wild Savage Stars picks up where the first book left off: in the immediate aftermath of Tristan and Eseult’s having accidentally drunk a love potion meant to bond her to her future husband, King Marc. The book covers many of the classic incidents of the Tristan and Eseult legend, as Branwen desperately tries to keep Marc from finding out what’s happened. “If you set out to retell something specific, like Tristan and Eseult, what's so fun about it is being able to bring what it is that you want to it,” Perez says. For her, that meant bringing a modern feminist sensibility to the story and giving the female characters greater agency over their own fates.

In particular, Perez wanted to reckon with the full horror of Eseult’s being married off to a complete stranger at only 17. In fiction, “a lot of the time it's just sort of accepted that, well this is in the olden days, so if you got married off, that was just the way it was going to go. They don't really explore the physical consequences of what is ostensibly conjugal rape, right?” The logic of ‘well, that’s just how it was’ elides a very real trauma that Branwen and Eseult both have to grapple with.

Nonetheless, the story of Tristan and Eseult stands out for its remarkably feminist perspective. “Just the act of making this love potion really is quite remarkable and kind of radical,” Perez observes, “saying, women's happiness is important, and so if the only way we can achieve that is through magical means, then that's what we're going to do.”