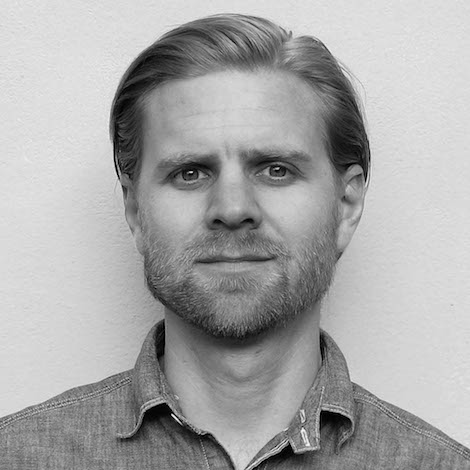 Kyle Boelte’s debut memoir, The Beautiful Unseen, opens with a ghost. Not in a supernatural sense, but in the way a devastating memory can haunt, years after the fact. In the 15 years since his older brother’s teen suicide when Boelte was 13, the author thought he’d made peace with the grief. But with his feet on the ground in San Francisco, years and miles removed, the bay’s well-known fog triggered new questions—questions that he couldn’t answer.

“I thought about how the fog worked, and started to be pulled toward the story of my brother,” Boelte says. This simultaneous questioning led to the book’s dual narrative: on the science of fog and his brother’s short life and death.

Reading an old AP article on his brother provoked the initial sense of incompleteness. “One of the things I was blown away by was how someone’s life could be captured in writing, and how much could be missing,” Boelte says. “For the average person reading about Kris, there’s nothing there, and it doesn’t tell the whole story.”

Boelte wrote his memoir in five years, with one intense year devoted to writing and research. And yet it’s obvious that the memoir contains a lifetime’s worth of curiosity and sorrow. “I do go on a journey,” he says. “For someone who at the start of the book had lived with his death for a long time, it’s surprising how much I don’t know.”

Growing up in Colorado, the brothers enjoyed supportive parents and a middle class life, seemingly difficult to reconcile with teen suicide. Boelte’s memoir reads almost as a real-time journal of discovery and reflection as he assembles a patchwork of stories, documents and recollections. In his parents’ house, Boelte opens a box of mementos, documents and letters, and discovers surprises and new shadings to his brother’s humanity.

“I knew my parents had some of Kris’ things, but I’d never really inquired about them,” he says. “Maybe I didn’t want to deal with it.” Once he began writing, he asked more questions, and went through the box, physically and metaphorically. “I had to acknowledge some things I hadn’t processed before,” he says.

And yet, while facts may be available, they don’t always add up to a narrative that entirely makes sense. “Everyone wants an easy answer. This person killed themselves because of X, and it’s comforting if you know what it is,” Boelte says, as a way to contain a disturbing death. Boelte’s book slowly reveals layers of understanding that still may not add up to the whole storybut helps to acknowledge the unknown

and unchangeable. “I could’ve spent my life trying to figure out why it happened,” he says. “I want to allow reader to feel what it’s like to be in that position.”

Between hard-hitting emotional chapters, breaths of fog float in sideways. Layered amid the loss-related chapters, Boelte explores the scientific background of San Francisco’s fog form ation and ruminates upon fog as a companion during a hike. “The human story is intense at times,” Boelte says. “Perhaps readers want to slow down and take a break, and hopefully the fog provides interludes, so readers can decompress.”

In The Beautiful Unseen, nature is a place that both bewilders and heals. Fog can sink ships, or wrap the world in ethereal softness. Memory follows the same shoreline; Boelte muses on a shared moment between two brothers, exploring a drainpipe. Pages later, with devastating minimalism, he describes the day of his brother’s death.

Boelte calls nature-focused memoirist and novelist Annie Dillard a major influence, along with nonfiction authors such as Sarah Manguso, John D’Agata, and poets such as Nick Flynn, Rebecca Solnit and Terry Tempest Wiliams. His book reflects a restrained, deliberate poetry, particularly when discussing fog, which acts as a metaphor for the ghost of memory. He writes, “And yet, for all the forgetting, much remains. Sorting it out is like walking through the fog in search of some distant part of the city. At times the past is illuminated, burning, brilliant. Other times the fog is thick. Often, it is just silently slipping away.”

Ultimately, The Beautiful Unseen reads as a demonstration of a brother’s affection, continued despite death. Boelte writes as perhaps only a younger brother could, with an uncanny simplicity and modesty, combined with unabashed love.

“Not that a life can be captured by a book, but I’ve heard that reaction from several readers, that it’s a testament to my brother’s life,” Boelte says. “I feel really good about that.”