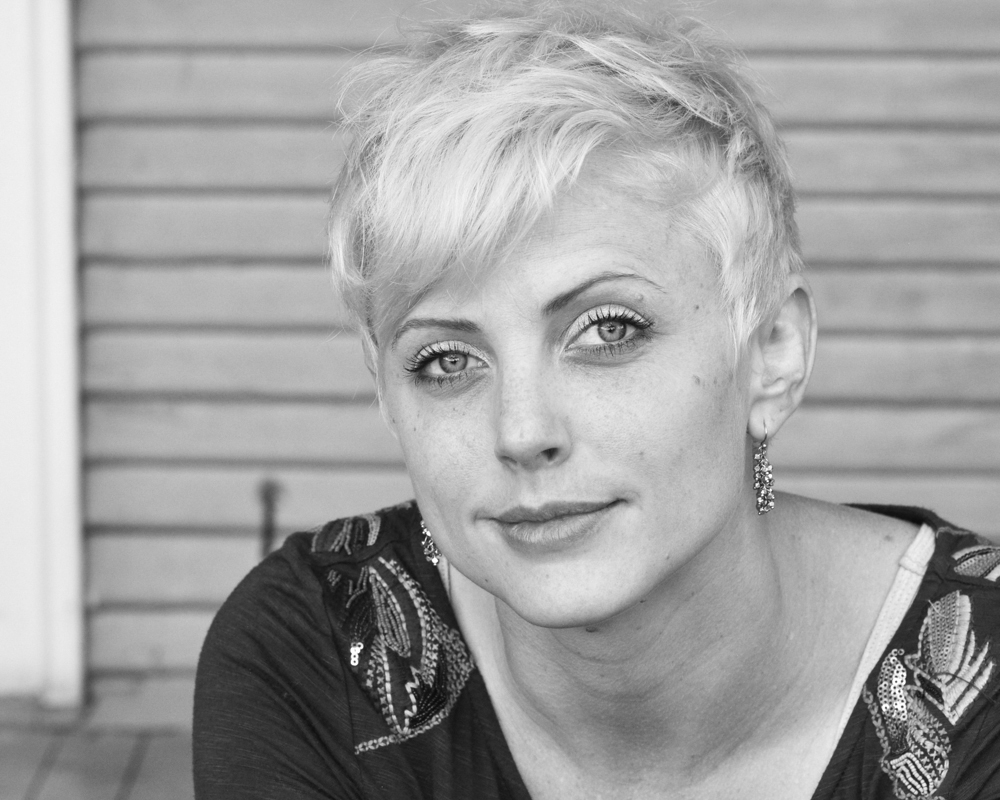 A blood-filled bucket sits beneath a homemade wooden chair with a missing 2-by-4-inch piece of wood. Lacy Johnson has just freed herself from the chair’s restraints. She puts her clothes back on and examines the room. She stands near the door, U bolts locked around her wrist, holding the pried-off 2-by-4 overhead. She is waiting for him to come back—The Suspect, her Spanish Teacher, The Man She Used to Live With—to bash him over the head, then run. Hours earlier, she was kidnapped, strapped to the chair in the soundproofed room and raped. He has left to corroborate an alibi. When he returns, he plans to kill her.

But he does not return—not then, in the moment she readies to strike—and Johnson flees for the police station, half-alive and half-dead in every way that matters. Fourteen years have passed since that night, but the events and aftermath chronicled in The Other Side still haunt her. “Every present moment, even now, has traveled through that one moment in the past,” she explains. “This is a book I have always known I was going to write.” Johnson is the author of a 2012 memoir, Trespasses, about three generations coming of age in the Great Plains. But the painful event that is the focus of The Other Side occurred “just as I was beginning to think of myself as a writer,” Johnson says. “It always shaped what I was trying to learn to do. I would write about that night periodically, but I realized eventually I had never really talked about what had happened. I was always trying to write around the story. It was difficult for me to look at the core of what had happened.”

Avoiding the core of the story made healing impossible for Johnson. The crippling aftermath of that night shrouded her in darkness, rendering her voice and body powerless. Years passed before she began to critically explore how that night shaped her life, and even now, answers do not come easily. “Sometimes I think there is no entirely true story I could tell,” she writes. “Because there are some things I just don’t know, and other things I just can’t say. Which is not a failure of memory but of language. What I’m trying to do is to draw connections between different arguments and images. Not just between points of the book, but also to people’s own experiences. There’s a lot of silence and blank space.

The difficulty of finding the right language is compounded by the fact that the events of that night still lack closure. To date, The Suspect—one of many titles he has in the book, none of which are his real name—lives a free life in Venezuela, where he fled after the kidnapping. “Typically, the narrative of crime and closure in the United States is that the perpetrator gets arrested, there’s a trial, he goes to jail,” Johnson says. “That’s the end of our imagination about what justice looks like. The hardest part for me wasn’t that he wasn’t brought to justice, but that I felt I had to hide. I had no way to close my own feelings about that. You can’t stop fear.”

To reach the other side, however, lack of justice is always secondary to Johnson’s battle with fear and quest for resurrection. Stopping fear may be impossible, but there are ways to eradicate it, to grind it down over time. One way she reconstructs herself in the story is by refusing to give The Suspect, or anyone else, a proper name. “It became really important when writing this book, which is really claustrophobic and narrow, to have all the characters defined in their relationship to me,” she explains. “For me, it became really powerful. If I gave him, or anyone, a name, I gave them a bit of power. He doesn’t get his name. He only gets a title in his relationship to me. I am the only person that has any power over the story.”

Now, with this reclaimed sense of power, Johnson admits that her job as a writer is about to take on a new challenge: filling in that blank space. After years of avoiding the subject, she’sput the horrific events of that night on full display in her memoir.

“There’s another kind of journey I’m going through now where I have to tell people, ‘I was kidnapped, I was raped,’ ” she says. “There’s a really important conversation that’s already going on surrounding women and sexual assault, and we’re just barely touching the edge of what needs to be said. At first, I was really nervous because it is such a charged subject. But I think it’s really important to push against that stigma and take that charge out of the words.”

For years, fear that The Suspect would arrive unannounced crippled her. Lack of closure left her hollow, aimless. Fourteen years later, her voice is clear, bold and proud that she has finally reached the other side of darkness. “I’ve found a way to be brave,” she says proudly. “I’m not going to hide anymore, and I’m not going to stay silent. I’m not going to be ashamed of this story. I’m going to be outspoken and honest and talk about it to anyone who asks. That’s a different type of justice.”