Laila Lalami: Who Gets To Be an American? 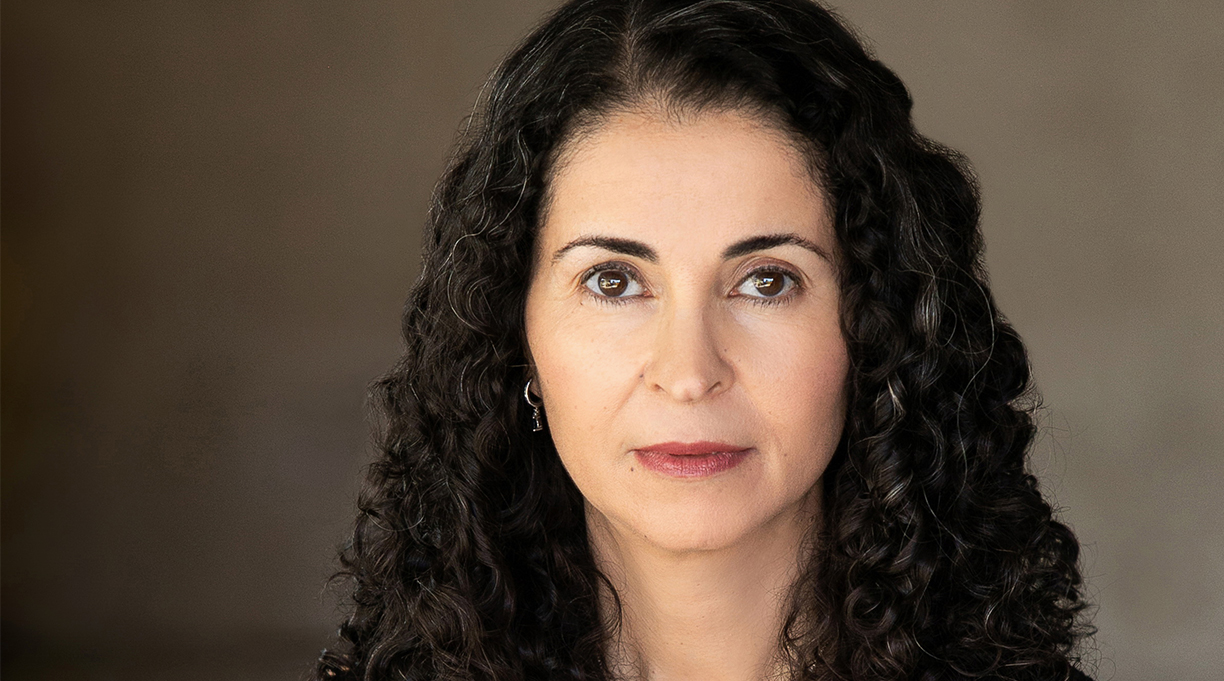 Laila Lalami began work on her new essay collection, Conditional Citizens: On Belonging in America (Pantheon, Sept. 22), in 2016, after Pakistani American Khzir Khan—father of a U.S. Army captain killed in the line of duty in Iraq—addressed the Democratic National Convention and pulled out a pocket copy of the U.S. Constitution as he criticized Donald Trump. “It was such an electrifying moment,” Lalami says, “and I knew the moment I heard it that he was going to be attacked.” Trump lashed out on Twitter, of course, and internet stories suggesting that Khan was a “stealth jihadist” confirmed Lalami’s fears. “Even when a family makes the ultimate sacrifice, even when they are embracing America, what you get back [from some] is this rejection, this idea that you’re not really American,” she says. Lalami, who was born in Morocco and became a naturalized U.S. citizen in 2000, is the author of four novels, including The Moor’s Account (Pantheon, 2014), a finalist for the Pulitzer Prize, and The Other Americans (Pantheon, 2019), a finalist for the National Book Award and the Kirkus Prize. She discussed the new book over Zoom from her home in Los Angeles; the conversation has been edited for length and clarity.

Could you explain the concept of conditional citizenship?

Conditional citizenship is the idea of unequal citizenship, where you’re never really quite the same as others, you’re not really an equal citizen. [Citizenship] is not something that you have and that is definite but is something that can be called into question. The book was basically my attempt to think through that from many different lenses.

These ideas about who gets to be American, and who gets to be an equal citizen, have their roots in some of the foundational thinking about this country. One of the earliest laws that delineates the boundaries of citizenship—the Naturalization Act of 1790—basically limits citizenships to “free white persons.” Some of the rights that flow from that, like the right to vote, were further restricted to White male property owners. That system of unequal citizenship has been passed down, decade after decade, through the present moment. And it has been reformed at different moments in the nation’s history: The Emancipation Proclamation, the 19th Amendment, and the Civil Rights Act all made the privileges, the benefits, of citizenship available to a wider group of people. There’s never a moment in the last 300 or 400 years where those boundaries were not tested and contested.

You talk a little bit in the book about Obama and the “birther” conspiracy. And now we’re seeing it again with Kamala Harris.

So many of us who do not live in positions of political power are familiar with having our Americanness questioned. Even people with power can have it happen to them, right? It happens to Ilhan Omar, to Alexandria Ocasio-Cortez, to Rashida Tlaib. Why? Because you dare to criticize, or because your politics are not to the taste of these people.

It’s this notion of “America—love it or leave it.”

It’s a very toxic idea. I think that criticism can be an expression of love. I love my husband very much, but if I see that he’s doing something that I think is wrong, am I supposed to just sit quietly?

You write, “Coexistence should not be a passive state….Coexistence, rather, should be the active practice of becoming familiar…with people who are different.”

There is a line from James Baldwin—I forget which essay it comes from—but he says something to the effect that it is the innocence itself that constitutes the crime. Meaning, ignorance—in some cases willful ignorance—about how other people’s civil rights are being violated in fact threatens the fabric of the social contract.

Being a citizen is not an individual act; you’re part of a community of other citizens.

I think of it as both a status and a relationship. You know what I mean? It’s something that requires nurturing, just as you would nurture any other relationship in your life.

For me, it was something that I never really gave much thought to until my first book came out, and I was at a party at some [literary] festival in New York, and somebody said to me, “If they were all like you, there wouldn’t be a problem.” The idea is that it’s OK if you’re a Muslim immigrant if you don’t cover and if you’re speaking [English]. Sometimes people say things and it’s so revelatory about how they view belonging and unbelonging. I never thought of myself as assimilated or unassimilated—I dressed like this before coming to the U.S. To me, I wasn’t different.

A lot of people might not think of gender as affecting citizenship, but you argue that it does.

To me it’s very much a citizenship issue because it is a civil rights issue. It’s a question of how women don’t have access to power. Congress is still for the most part White and male; by and large, the people who are ruling us are still not representative of what the country really looks like. And that’s why you have a lot of concerns that are extremely relevant to women’s lives not really taken seriously. Abortion is just one issue, where the control of a woman’s body is something that is not fully her own in many, many states. And you look at the percentage of rape cases that ever get prosecuted, the number of rape kits that are tested. It really comes down to whether women are equal under the law to men. And I don’t think that the answer is yes yet.

We’re heading into a presidential election this fall. How much hope can we place in electoral politics to move us closer to equal citizenship for everyone?

Voting is just one part of it. And I certainly am trying to do my part, not just by voting or by donating to specific candidates or by writing postcards to get out the vote. More than that is getting involved in different grassroots organizations. It can be something as simple as your Parent Teacher Association or mutual aid organizations or food banks—but something that is outside of electoral politics that advances the cause of equal citizenship through community work. It’s the combination of those two things that is going to move progress forward.