The Last Time They Saw Paris 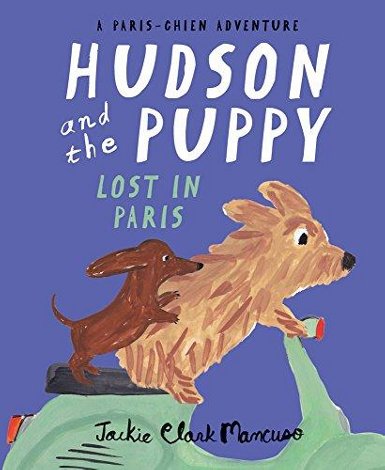 The city of Paris has long captivated American writers. F. Scott Fitzgerald, Ernest Hemingway, and James Baldwin set key works there, and the City of Light’s rich history, gorgeous structures, and stunning artworks remain sources of fascination for authors in all genres. Here are a few eclectic works that Kirkus Indie has reviewed that take full advantage of the French capital’s many charms:

In Paulita Kincer’s Paris Runaway (2016), 50-year-old American Sadie Ford finds out that her 17-year-old daughter has gone to Paris with the intention of losing her virginity to a French foreign-exchange student named Luc Rollande, so she hops on a plane to stop her. Along the way, she meets Luc’s attractive father, with whom sparks soon fly. Kirkus’ reviewer calls this novel an “enjoyable romp,” noting that “through [Sadie’s] wanderings, readers get a first-rate tour of the city, complete with the sights, sounds, smells, and tastes that make it unique.”

In Hudson and the Puppy: Lost in Paris, a 2018 children’s picture book written and illustrated by Jackie Clark Mancuso, an American Norwich terrier living in Paris takes a lost dachshund puppy on a tour of the city. Mancuso illustrates this “absolutely delightful” book with “beautiful, full-page gouache paintings that vividly capture the bustle of Paris,” says Kirkus’ reviewer; they highlight “not just expected landmarks, such as the Métro, but also, for example, the graffiti-covered walls of the Maison de Serge Gainsbourg.”

Fred Misurella’s A Summer of Good-Byes (2017) casts the city in a more nostalgic light—a place where art and romance comingle in its protagonist’s memories. In it, a middle-aged American man reconnects with a Frenchwoman whom he knew and loved years before, when he was a young painter in Paris. Our reviewer called it “a stirring reminder that the most beautiful moments can be frustratingly evanescent.” David Rapp is the senior Indie editor.