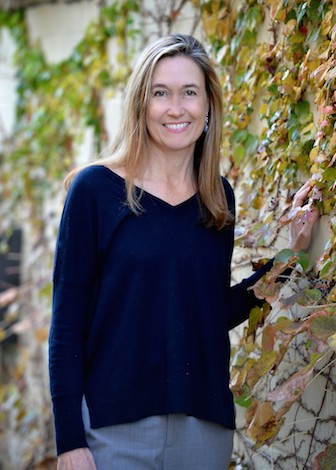 It was in 2002 when Laura McNeal was writing a magazine article about the evolution of home economics classes, that she walked up a stone staircase to a peculiar cottage called the Practice House in Fallbrook, California. “It had been built during the Depression because parents and teachers feared—incredibly—that high school girls weren’t learning the Home Arts,” McNeal recalls. “Throughout the ‘30s, ‘40s, and ‘50s, the four small rooms held a bed you could practice making, a table you could practice setting, food you could practice cooking—everything you needed for a life of fulfilling industry or miserable servitude, depending on your point of view,” she says.

McNeal already knew from her interviews and old newspapers and yearbooks that the high school girls of that era left that practice house to run their homes, or the lemon-packing house where half the town worked. “These were places that were still visible to me as I walked around Fallbrook pushing our kids in a stroller. I wanted to go back there, to that time and place, a fantasy that, if you’re a novelist, you can indulge more than most,” McNeal says. And so The Practice House, a novel set in Depression-era Kansas and California, was born.

The novel’s central character is Aldine McKenna, a starry-eyed young woman, barely out of her teens, whose desire to carve a life larger than one in rural Scotland, leads her across the seas. Aldine arrives in small-town Dorland, Kansas in response to an ad placed by Ansel Price, the head of a family which includes two daughters, Charlotte and Neva, and a teen son, Clarence.

Aldine pins her hopes on teaching as a career, however shaky that path might be. But life, as they say, has other plans. The Price home becomes a sort of practice house for Aldine but she soon discovers that it presents no visible prospects for a home of her own. Ellie Price, the matriarch of the family, justifiably sees a possible usurper in Aldine. “And because of the circumstances in Kansas—the failure of farms, the lack of funds to pay Aldine a proper teaching salary, the depopulation of the countryside—there’s no one for her to meet, no route to the future she imagined,” McNeal says.

The Practice House is built on extensive research—the curriculum McNeal fashioned for Aldine was modeled after lesson books she read and photographed in the Deep Creek School at the High Plains Homestead near Crawford, Nebraska. The novel also explores gender roles in the America of the ‘30s. While the lessons from a practice house are certainly constricting if presented as the only destiny for every woman, McNeal points out that “it was also affirming in that it makes the everyday tasks of feeding a sick person or caring for a child or making one’s own clothes as worthy of a school’s time and effort as calculus and chemistry.

“And when you think about it, everything that was taught in the practice house is still taught by women who have made empires out of our intense desire to create a home where we’ll feel happy and accomplished, including but not limited to Martha Stewart, Alice Waters, Ina Garten, Rachel Ray, the Pioneer Woman, and on and on,” McNeal says.

The Practice House is a coming of age story for adults, a first for McNeal. The others she has written alone and with her husband Tom are for young adults (McNeal was a finalist for the National Book Award for a previous novel, Dark Water). The arc for The Practice House was similar, McNeal says, but she felt she “could slow down and inhabit another mind and then another and another, to follow various paths as they cross and diverge and come to their conclusions.”

Poornima Apte is a Boston-area freelance writer and editor with a passion for books.