Leah Johnson: The Song Plays On 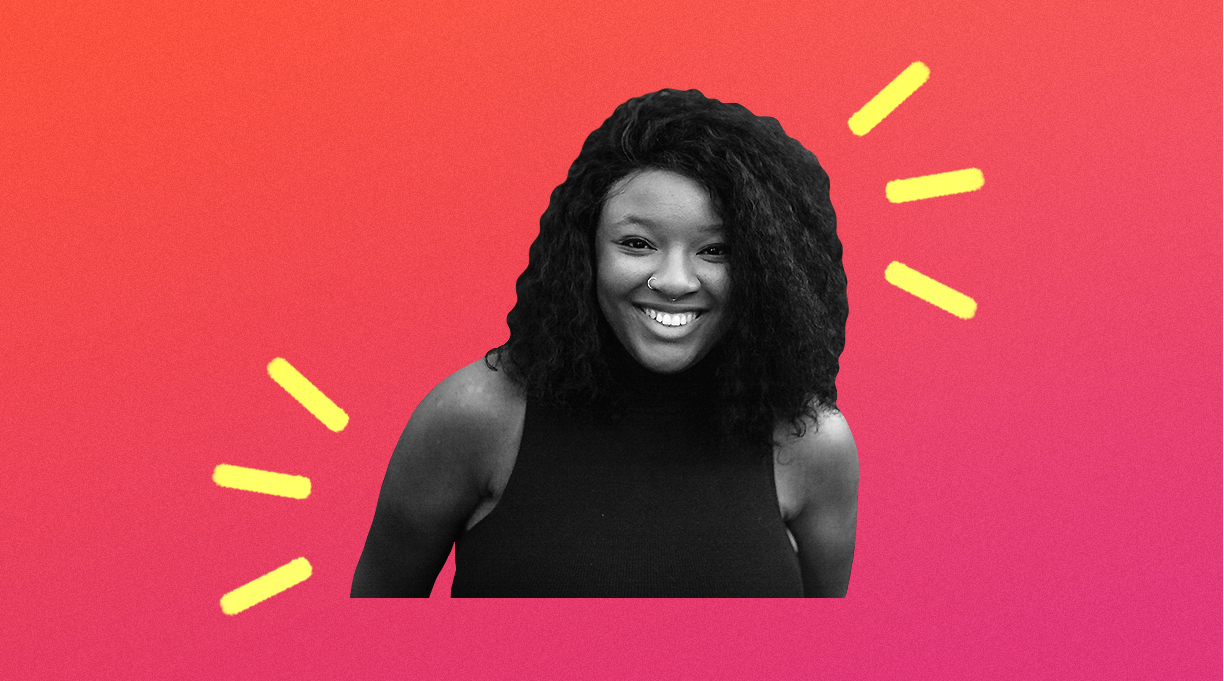 In the surreal swirl of a pandemic year, Leah Johnson became a bestselling author.

Her debut novel, You Should See Me in a Crown, featuring ingenious would-be prom queen Liz Lighty, turned out to be the kind of book that draws a crowd: “The queer prom romance you didn’t know you needed,” as Kirkus called it in a starred review, became the inaugural YA pick for Reese’s Book Club in August 2020. Seven months later, the novel earned Johnson her first Lambda Literary Award nomination for excellence in LGBTQ+ YA fiction. The announcement was made the same day her seven-figure two-book deal with Disney/Hyperion, for a middle-grade series based on a “superhero origin story in the tone of the Baby-Sitters Club,” was named Deal of the Week by Publishers Weekly.

“It feels very fresh—I’m not convinced it’s real,” says Johnson, 26, who spoke with me by phone the next day from her family’s home in Indiana, where she returned to ride out the pandemic. “I mean, it’s in Publishers Weekly, so I’m gonna take their word for it. But.”

Take our word for it: Johnson is a superstar with staying power. Her sophomore novel, Rise to the Sun (Scholastic, July 6), is the vibrant story of Olivia Brooks and Toni Foster, two teenage girls with very different approaches to life and love who meet at a summer music festival in northern Georgia.

“Rise to the Sun is a book about communal joy and about finding lightness through grief,” says Johnson, a lover of live music, who wrote the entirety of the book during a year in which all the major festivals—Bonnaroo, Coachella, SXSW—were cancelled. “It was written, drafted, revised, copy edited…in the context of a world I had not anticipated living in when we sold the book. And so it became a way for me to reach back to these communities, these environments that have given me so much” while representing a microcosm of America, Johnson says. “Music festivals struggle with diversity, and they also have to reckon with this uniquely American threat of [gun] violence. All of that was bound up in this exploration of love in this space.”

Perpetual crush machine Olivia arrives at the Farmland Music and Arts Festival in heart-shaped sunglasses, intending to push her latest breakup out of her mind and focus on quality time with her best friend, Imani. Gorgeous, stoic, college-bound musician Toni Foster arrives grieving an incalculable loss.

“I don’t know if I believe in a higher power, or life after death, or any of the stuff the minister said at my dad’s funeral,” Toni says in the novel. “But countless summers spent at the greatest music festival in the world, on a former farm in Rattle Tail, Georgia along with sixty-thousand other music fans, watching sets from the top of his sunburnt shoulders taught me one inalienable truth: that somewhere in the light-years of space between the spiritual and the scientific, between the known and the ineffable, there’s live music.”

“The thing that I love about Olivia is she’s so hopelessly hopeful,” Johnson says. “She’s willing to throw herself headfirst into a situation because it contains the possibility of love.”

But Rise to the Sun isn’t a typical rom-com. It’s a complex drama with heart and heft, laced with laughter and adventure. And it’s as much about friendship, family, and identity as it is about love.

“Toni’s emotional arc in the book is maybe my favorite,” Johnson says, “because it requires her to be vulnerable. That vulnerability is so rare for Black girls, in the world and on the page. Writing that, putting that out into the world is really important to me.”

Johnson, who says that cultivating community is the principal goal of her work, dedicates Rise to the Sun “to the Black girls who have been told they’re too much and to the ones who don’t believe they’re enough: You are the world’s most beautiful song.”

“As intentional as it was to make the joy completely unavoidable in You Should See Me in a Crown,” she says, “it was deeply intentional to me to write a book in which joy and sadness had to be held in the same hand in Rise to the Sun.

“I think it’s important to think about those two things not as separate entities,” Johnson says, “but [as] emotions that often exist together, especially when you’re a marginalized person. So it’s not a rom-com, but I do hope there are enough moments of lightness and levity in this book [to] remind people that the heart of the story is the same: that Black girls deserve happy endings and deserve to be held with care.”