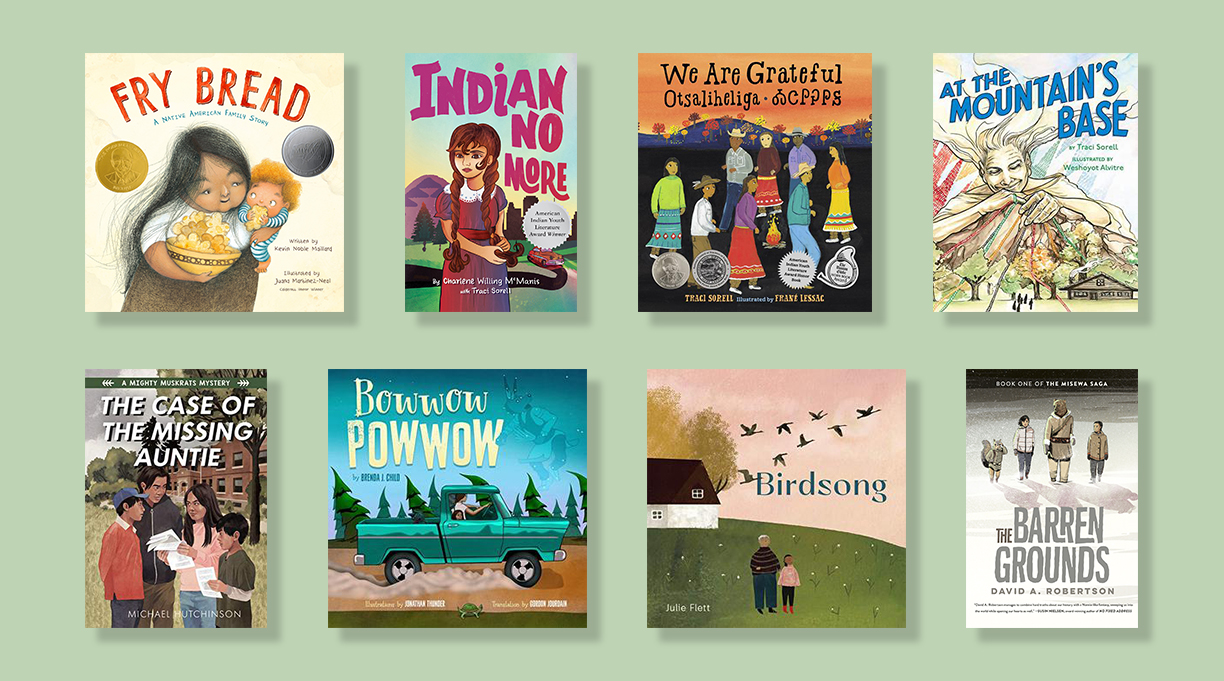 It’s a smidge late for a New Year’s resolution, but there are 48 weeks left in 2021 for folks to take advantage of a very cool reading initiative created by the American Indian Library Association. Called Read Native 21, it is a game that asks readers to seek out books and other resources in a variety of categories. The kids’ challenge is laid out like a bingo game, with a grid of 25 squares promising a great deal of variety for readers.

“A Book by a Native Author,” for instance, opens up all sorts of possibilities. Probably the dean of Native American literature for young readers, Joseph Bruchac (Abenaki) has written well over 100 books for children and teens over a 40-plus–year career that’s still going strong. Then there are Tim Tingle (Choctaw), David Bouchard (Métis), Joseph M. Marshall III (Lakota), and Carole Lindstrom (Ojibwe). Cynthia Leitich Smith (Muskogee Creek), herself an author with decades of experience, is doing her best to ensure more Native voices reach children’s shelves with her new imprint at HarperCollins, Heartdrum, founded in partnership with her longtime editor, Rosemary Brosnan.

The “Historical Fiction Book With a Native American Protagonist” square can be easily satisfied with Louise Erdrich’s (Ojibwe) The Birchbark House (Hyperion, 1999) and its sequels, for instance, which present the saga of an Ojibwe family as it is forced by the pressures of White settlement to move west in the 19th century. The “Mystery by a Native Author” square may well send readers toThe Case of the Missing Auntie (Second Story Press, 2020), by Michael Hutchinson (Cree), in which four cousins from Windy Lake First Nation solve a mystery about a great-aunt who was taken by Canada’s residential school system decades ago. Genre readers who want to mark off their “Science Fiction/Fantasy Book by a Native Author” square might delight in exploringThe Barren Grounds (Puffin/Penguin Random House Canada, 2020), in which David A. Robertson (Cree) creates a wholly Indigenous fantasy with the feel of the Chronicles of Narnia.

One obvious choice for the “Book About Native Food” square would be Fry Bread (Roaring Brook, 2019), by Kevin Noble Maillard (Mekusukey Seminole) and illustrated by Juana Martinez-Neal (not Native). Winner of the 2020 Sibert Medal for the most distinguished informational book of the year, it’s an effervescent celebration of the foodstuff that’s become a shared tradition among many of the 573 recognized tribes within the United States.

Speaking of award winners, two squares can be filled with books that have won or been nominated for the American Indian Youth Literature Awards. The 2020 picture-book winner, Bowwow Powwow (Minnesota Historical Society Press, 2018), by Brenda J. Child and illustrated by Jonathan Thunder (both Ojibwe), tells the story of Windy Girl and her pup, Itchy Boy, and the fantastic dream dog powwow they attend. The 2019 middle-grade winner, Indian No More (Tu Books, 2019), by Charlene Willing McManis (Umpqua) with Traci Sorell (Cherokee), gives young readers a glimpse into the effects of tribal termination on one Umpqua girl whose family moves to LA in 1954. Picture-book honorees that year include, among others, Fry Bread, Julie Flett’s (Cree-Métis) picture book Birdsong (Greystone Kids, 2019), and two more by Sorell: We Are Grateful: Otsaliheliga (Charlesbridge, 2018), illustrated by Frané Lessac, and At the Mountain’s Base (Kokila, 2019), illustrated by Weshoyot Alvitre (Tongva).

Other squares might be very difficult. “A Book About Your Tribe” might be hard to find if, for instance, you’re a member of the Houlton Band of Maliseet. Or, obviously, if you’re not Native. But the challenge is doable and promises to expose a whole lot of kids to some great books by Native creators. Let’s go!