Life on the Rails 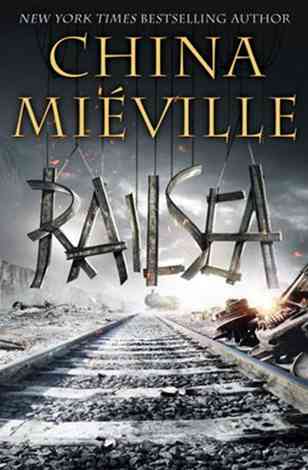 When invited to go on a life-changing adventure, Sham Yes ap Soorap, the main character of Railsea, ponders: “What if it’s terrible? What if it all ends in tears?”

That’s exactly how I felt when picking my first China Miéville book to celebrate the momentous occasion of our debut at Kirkus. Thankfully, Railsea wasn’t terrible—far from it—and the only tears shed were the ones upon the realization that no, I cannot have a pet bat called Daybe.

Sham Yes ap Soorap is a young doctor’s apprentice on board of the Medes, a moletrain that is always on the go on the railsea, cruising its never-ending tracks. The life of a moletrain doctor is not a bad one, but an insistent internal voice tells Sham that maybe he should be doing something else, something more exciting, like archesalvaging. And so he wonders, and he dreams, and life proceeds as normal onboard the Medes. Then one day the crew come across the wreck of a train, and Sham finds a series of images that depict something that shouldn’t, can’t exist. And that is just the beginning of Sham’s incredible adventures.

Railsea is set eons in the future, and Sham’s world is our own world except it is not. The narrative subtly hints at a postapocalyptic scenario, intimating at a previous economical and ecological collapse. The railsea, the never-ending expansion of tracks that criss-cross deserts and connect the few populated islands, is both the beginning and end of life for Sham and the people he knows. It is a world where merely stepping out of the rails becomes a grand adventure—the earth is the most dangerous place in existence with its giant vicious rodents. With Miéville’s obvious penchant for creating new, richly developed worlds it becomes easy to picture what this world and its railsea look like—and incredibly clear that the railsea is at once familiar and yet a fundamentally altered version of our world. It is in the narrative language itself with its neologisms, in the changed environment and in the peoples’ varied ideologies. The idea of heaven and angels, for example, has shifted to incorporate the new ferro-reality.

Railsea is kind of a retelling of Moby Dick, only with trains and a giant mole named Mocker-Jack who is obsessively hunted by the Medes’ captain, an incredible woman called Naphi. But because this is the future, her obsession is not only nurtured but a thing to aspire to—it is now even called something else, a philosophy. Much more than its Moby Dick associations though, this is an adventure book through and through, following its hero as he discovers a brand new world full of awesome possibilities. And in a way, he is Christopher Columbus all over again.

What made Railsea a definite winner for me was the narrative. The narrator of the story is not only omniscient but also omnipresent. It is the true conductor of this train—it stops whenever it pleases and relates each character’s adventure at its own beck and call with as many or as little words as it wants. I found it extremely charming, even though I have the feeling that it might annoy some readers. I also truly appreciated the diversity of this world, in which some families are polyamorous and strong female characters abound.

Although the ending goes off the rails for a bit and veers toward Big Message Territory, this wasn’t enough to completely derail (I will stop now with the rail analogies, I swear) my reading experience. Railsea is a notable read of 2012. Or, in Booksmugglerish: 8 out of 10.

Ana Grilo is a Brazilian living in the UK, where she moved because of the weather. No, seriously. Together with her evil partner in crime, Thea James, she runs The Book Smugglers, where they review Spec Fiction and YA. World domination via book reviewing is their main agenda. You can also find them over at Twitter.