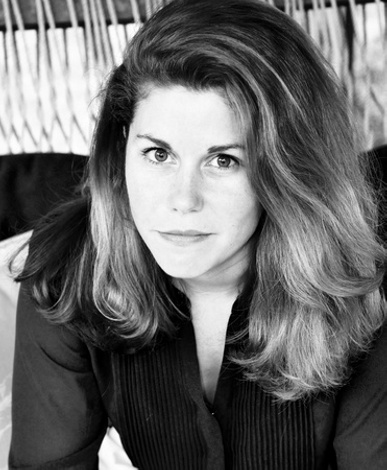 “I was trying to say something new.”

So says Prue, one of the central characters in Lindsay Stern’s debut novel, The Study of Animal Languages. She’s an academic­—a biolinguist, to be precise—who has just given a presentation explaining a radical new theory of understanding how animals communicate, and her husband, Ivan, is not happy with her. He feels the talk was reckless, a needless firebomb thrown into the halls of academia at a time when Prue, going up for tenure, needs to play it safe. Ivan, a philosophy professor, cannot understand his wife’s revolutionary impulse: As an academic, he finds himself drawn to “a style of thought that promised to hold chaos at bay—that exposed, in the lunacy and violence of the natural world, the grace of a syllogism.”

This debate is central to Stern’s novel, but may also suggest warring forces inside many young novelists: I will make something new vs. I will perfect something old.

“That is my neurotic predicament!” Stern tells me over the phone. She’s an analytic philosopher by training, which means that she has spent much of her professional life tracing the clean lines of Ivan’s style of thinking. “Part of what was so satisfying about writing the book was that it was an exorcism of that style of thinking, and a working through of those two modes of being.”

The Study of Animal Languages contains familiar elements: it’s an academic novel that focuses on the breakdown of a marriage, in this case between Ivan (the narrator) and Prue. It’s a satire of university politics, reminiscent of David Lodge or Richard Russo—writers that spotlight the insecurity and foolishness of people who spend far too much time trapped inside their own heads. (For her part, Stern cites Ian McEwan’s Enduring Love and J.M. Coetzee’s Elizabeth Costello as influences.) On the surface, it may seem as though Stern has sided against saying something new—yet that would be underselling this terrific book, which quietly sprays revolutionary graffiti all over the academic novel’s well-kept walls.

Part of this comes from the way Stern treats her characters—all as extensions of, not mere mouthpieces for, their various philosophical outlooks. “Analytic philosophers are an interesting breed of person,” Stern says. “I’m moved by what you’d feel to devote your career to that. That question inspired Ivan, and the novel grew out of a desire to understand the kind of psyche that would take that quantitative approach to questions of meaning.” No, she has never been married and is not middle-aged, like Ivan, but she found a different way in to his relationship with Prue: “Those two approaches to language have been warring in me for years.”

If this all sounds pretentious, it’s not—Stern writes with lightness and humor. On the phone, she laughs a lot and becomes self-deprecating whenever she starts to sound highfalutin. She loves her characters, and loves academia, and her ribbing of these people isn’t meanspirited. “Pomposity governs so much,” she says. “It’s hard to find a venue in life that it doesn’t. In academia, because there’s no army at anyone’s command, there’s a pathos to it.” In other words, the stakes are so small, and real power so limited, that pomposity becomes funny and sad, not dangerous. “I find it so dramatically interesting as space,” she says.

One character I haven’t even mentioned yet, but who provides the key to the entire book, is Prue’s father, Frank, an unstable man who has never found his place in the world, professionally or emotionally. Not only does he deliver some of the novel’s best lines (“We’re family. We’re not supposed to like each other”), he injects a larger sense of actual drama into the academic milieu—and he’s not impressed by university politicking at all.

“He focused the book,” Stern says. “Part of what drew me to him was that he feels so much more mature, spiritually, than Ivan or Prue or many of the other characters. He doesn’t play the game of life in the various ways everybody else does. He’s willing to stake himself in life in a way that the others aren’t. They think they’re staking themselves in life by jumping through hoops or getting things published, but it’s a way of fleeing the questions of what’s actually important to them.”

In The Study of Animal Languages, it takes an outsider to ultimately push the characters toward newness—doing something new, saying something new. And in its small gestures outside the cloistered world of academia, this novel shows that the debate between the new and the traditional isn’t quite right: After all, whenever one tries to say something new, one usually winds up falling somehow still into cliché. By mining the tropes of the academic novel, and embodying her characters so full, Stern’s novel feels unexpectedly fresh.

Benjamin Rybeck is the author of a novel, The Sadness. Formerly the general manager of Brazos Bookstore in Houston, he now lives in Brooklyn.