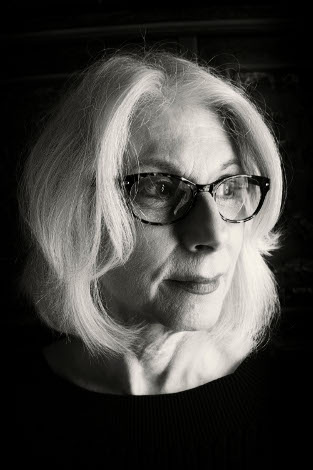 New Orleans, the Big Easy, is a city of twisting back alleys and broad avenues, of stately mansions and battered shotgun shacks, ringed by swamps, bound and occasionally threatened by the great Mississippi River. Hot and humid, pious and licentious, it’s a place where humans do all kinds of terrible things to their fellow humans—to say nothing of birds, as mystery writer Lisa Sandlin has it in a particularly dark passage of her new novel The Bird Boys.

Indeed, Sandlin says, the germ of her book began with the birds that abound in bayou country and in gilded cages, “the ones hopping around, the ones in the shop, the ones in the nature guide, the beautiful wild ones out in the wetlands.” It’s a circuitous route from those blameless birds to the eminently blameworthy humans who figure in her novel. But then, circuitous routes are what the best mysteries are all about.

Sandlin grew up in the oil town of Beaumont, Texas, not far across the state line from Louisiana. For many years she taught far inland, at a university in Nebraska. But, though she’s never lived in the city, New Orleans was never far from her mind, and it made an ideal home for her detective hero, Tom Phelan, and his tough, practical-minded associate Delpha Wade, who’s seen the inside of a prison and knows how ugly life can be. Neither of these characters, whom we met in Sandlin’s debut novel of 2015, The Do-Right, is to be trifled with: Phelan has spent years working on oil rigs and has a bulldog sensibility while Delpha has a stinging dislike of bad guys. All this stands against the backdrop of the Watergate era, a time of abundant, visible corruption and very bad fashion sense: “Detective Fred Abels,” Sandlin writes of a cop who’s rousting Delpha, “’burns and ’stache and houndstooth jacket, had hold of her elbow,” and we feel for her.

“I kept the music, kept the mingling of black and white, the celebration of joy, in my memory,” says Sandlin of her experience of New Orleans. All these things figure in her whodunit, as do those birds—and it just so happens that some of the objects of Tom and Delpha’s attention bear the family name Sparrow, for reasons that become clear late in the story.

Yet, although Sandlin numbers classic hard-boiled writers such as Raymond Chandler and Dashiell Hammett among her literary heroes, along with writers outside the genre such as Margaret Atwood and Haruki Murakami, her protagonists are a little more vulnerable than most fictional detectives. “Imagine Sam Spade going mushy or tongue-tied,” she says. “You see Phelan and Delpha doubting themselves at times. After all, he’s new to the business, and she’s new, after 14 years of prison, to the world.” Delpha also yearns for something of normality after all that time behind bars, having been imprisoned for killing a man who had raped her, the ordinary close relations of kinship and friendship that “she would want in her own life if she could figure out how to get it.” In short, Sandlin’s leads are ordinary human beings, not superheroes.

Asked to nominate actors to play Delpha Wade in a film version of her book, Sandlin replies, “The type I see is a young Lee Remick or Ashley Judd—pretty but serious, held-back, depths.” And as for Tom Phelan, she settles on Bradley Cooper in a flash. The question isn’t far-fetched, for there’s talk afoot that The Do-Right may soon be optioned, and it’s just right for the big screen, atmospheric and noirish while quietly subverting some genre conventions. For the moment we have Lisa Sandlin’s brace of books, and mystery fans will find them to be full of pleasure—and, in the case of The Bird Boys, a thing with feathers.