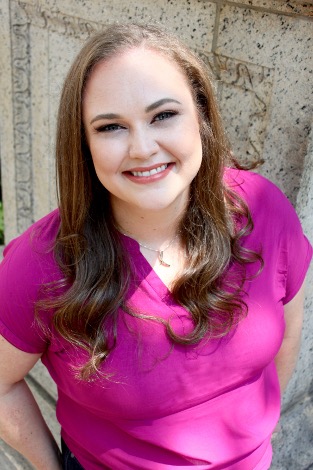 The Art of Losing by Lizzy Mason opens with our teenage narrator, Harley, dealing with two things: 1) the car accident that has left her sister, Audrey, comatose; and 2) the knowledge that, just before the car accident, Harley’s boyfriend, Mike, was cheating on her—with Audrey. From there, much of the novel unfolds in a hospital, wrestling seriously with questions of grief and forgiveness. The Art of Losing begins plunged into dark waters, and one genuinely wonders: Is there any way out of this, toward a happy ending?

When I tell Mason that her book opens with more depair than most “serious” adult novels, she laughs. Mason, a publishing professional (she’s the Director of Publicity for Bloomsbury Children’s Books), certainly understands how books are marketed and consumed. “It’s the sort of thing we’re constantly asking ourselves in publishing,” she says. “What stuff is too much; what stuff is too far. I think what I’ve found is there’s no reason to protect teens. They’ve been through so much worse.”

One thinks of a book like The Catcher in the Rye, frequently challenged because, in part, its young hero occasionally uses the word “fuck” (or, if one wants to get technical, actually quoting somebody else’s usage of the word “fuck”). But let’s be real: What teenager, in 2019, could be shocked by that? Teens know and see more than we think, in ways small and large.

Mason was one such teen. The Art of Losing deals with addiction (Mike is a young alcoholic, and his drinking causes the car accident that nearly kills Audrey)—territory Mason has roamed in her own life. When she was 16, her parents sent her to rehab: She was drunk and high after a party. Years later, in her 20s, her boyfriend got drunk one night and called to tell her that he was going to stay with a friend: He cheated on her instead. Another friend of Mason’s died after drinking and taking pills one night. Went to sleep; never woke up.

I mention this not to sound salacious and gossipy in a behind-the-scenes kind of way, but because Mason is open about this herself, going so far as to include a letter to the reader in the front of the advance review copy outlining her past with addiction. “I’ve never been this open about my past professionally,” she tells me. “It’s strange to open up now, 16 years into my career.” But there’s no shame here; just an acknowledgement that this experience is an important part of her life, and of The Art of Losing. “The book stands on its own without knowing my experience,” Mason tells me, “but it’s important for people to know it’s not just a story for the sake of sensationalism: this is something that happened to me as a teenager, and I feel really strongly about talking to teenagers about it.”

Avoiding sensationalism, establishing authority: some of The Art of Losing’s key concerns. The title, of course, is a reminder of what Elizabeth Bishop wrote in her poem, “One Art,” about the art of losing not being hard to master: “so many things seem filled with the intent / to be lost that their loss is no disaster”—lines that, to me, have always seemed like a perfect explanation of why some artists always go right to the darkest subject matter they can think of, and why this can be an easy, lazy thing to do. Maybe a joke then, Mason using this title: Her novel shows that the art of losing is hard to master, or at least to do well. It took her a lifetime of experience to get there.

“When I was a teenager,” Mason tells me, “there wasn’t a lot of this material. I wanted to write a book for that kid who maybe has been through [addiction] and needs to find a way to deal with it. Addiction is such a difficult thing to explain. And each person’s addiction is going to be different from the rest.” Thus, Mason focuses not only on the consequences of drinking (a huge plot point) and the rehab of Raf, Harley’s old friend and possible new love interest; Mason also focuses on a character like Harley’s mother, who drinks casually to deal with her sadness, to shut out what’s happening to her family.

“A lot of stories about addiction in YA are about strong drug use,” Mason says. “For me, alcohol is the most prevalent drug. It’s prevalent in every occasion I go to—family occasions, social occasions. It’s taken over society. People don’t think of alcohol as a drug, which concerns me because I feel like the consequences of drinking are very real.” And she’s right, because once you start to look, you see drinking everywhere, experiencing it like a white noise that hums, air-conditioner like, in the background. (Hell, I’m drinking a beer right now as I write this sentence.)

The Art of Losing may sound didactic or preachy, but Mason avoids this by keeping many of the bolder plot points “off-camera” (the cheating, for instance, occurs only obliquely and in flashback), and by rooting her themes in character, rendered precisely but not always flatteringly. “When I start thinking about characters,” she says, “I take one characteristic I want to explore. With Harley, it was the feeling of being betrayed. How do you forgive?”

For Mason, she located this feeling in her ex-relationship—the one sledgehammered by drunken infidelity. “How could I forgive my boyfriend? We went to couples’ counseling, it didn’t work, we broke up. But I kept thinking, Why am I trying to give this person a chance when he doesn’t deserve it? I’d been building toward something [in that relationship], and I didn’t know how to go back and start over. When you’re a teenager, you have all these moments of figuring out what you are and what you want, but it’s easy to get caught up in what other people expect from you.”

One gets the sense that Mason doesn’t often approve of what her characters do, yet always understands them. Yes, this book is personal, and plenty of writers write about what they see in the mirror, and even if it’s not themselves they’re looking at, it’s the people behind them—the people they’ve invited over. In other words, people like themselves, people they don’t mind spending time with. But Mason is different. The Art of Losing takes on characters rendered imperfectly, seriously—characters that, in some cases, have done nearly irredeemable things. Complicated stuff—and no, not childish at all. More than you can say about plenty of “adult” books, anyway.

Benjamin Rybeck is the author of a novel, The Sadness. The former general manager of Brazos Bookstore in Houston, he now lives in Brooklyn.