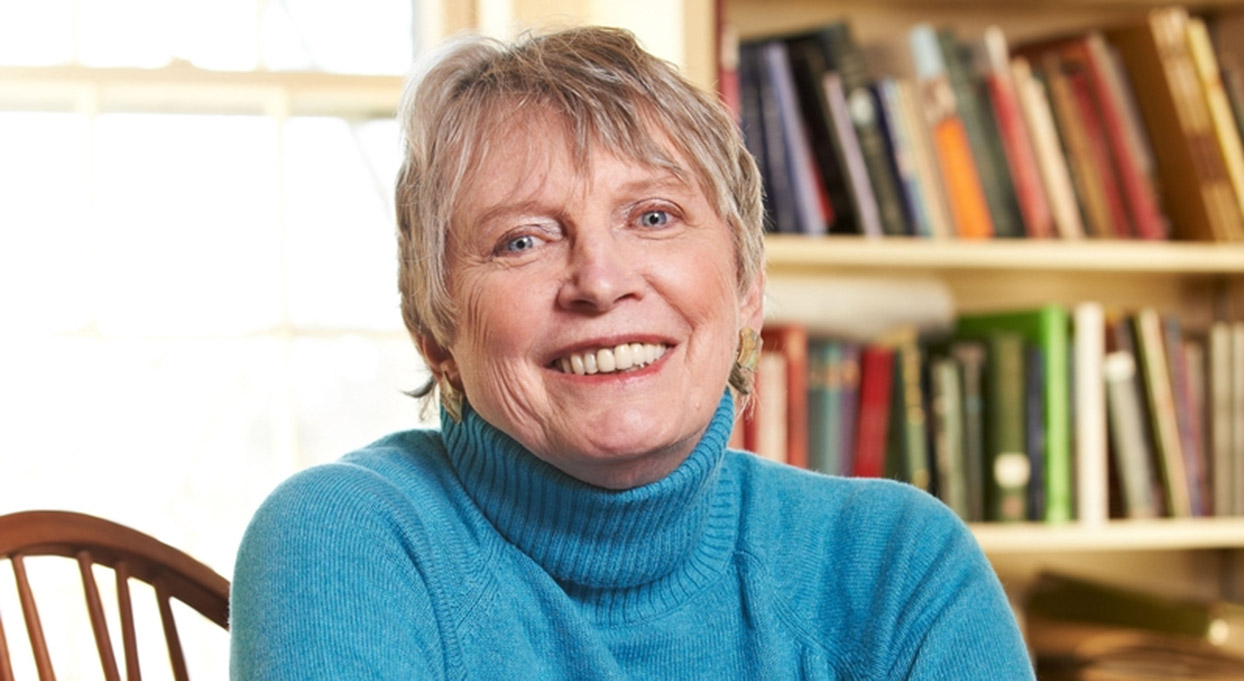 In a home movie from 1940, Lois Lowry is a small blonde girl playing on a Hawaii beach in the months before her family moved to New York. “We were in New York when Pearl Harbor was bombed,” recalls Lowry. “We had gone from Honolulu to New York through the Panama Canal.” She remembers it was cold on the ship: “My guess is we got to New York in the early winter of 1941.” Years later, a friend would identify a vessel on the horizon in that home movie as the USS Arizona, destroyed during the Japanese raid on Pearl Harbor in December 1941, killing 1,177 men onboard. The coincidence resonated with Lowry, as did her link to artist Allen Say, whose memory of a young blonde girl on a green bike in Tokyo meant the two shared a place and time together as children in post-Hiroshima Japan. Lowry’s new book, On the Horizon (HMH Books, April 7), with illustrations by Kenard Pak, is a poetic meditation about Pearl Harbor and Hiroshima and her relationship to those events.

Was poetry always the form that you thought that this work would take?

I had been kind of haunted by this odd connection that I had. I couldn’t figure out how to write about it, and so I didn’t for many years. Then somehow it began to take shape in the form of various images. When I began to look into the lives of the young men [on the Arizona] in particular…and in Hiroshima, the young people…it began to take this form, sort of on its own. I think it works better than had I tried to put all that out in some narrative, as historic nonfiction, because it is a kind of imagistic thing, just little fragments here and there.

Did you learn new poetic forms—the triolet, for instance?

It was kind of exhilarating to put that together. I have a close friend who is a math professor. When she read the galleys of this book and I began to explain that particular form, she said, “Oh, it’s putting together a puzzle, a mathematical puzzle.” I had not thought of it that way, but it was fascinating to puzzle it out. The other pieces of the book took a more loose and organic form.

Did you write the poems one at a time?

I focused first on Pearl Harbor. Of course, there were some 1,100 young men on that boat, and to select whom I would write about was difficult. Each one had his own story. In each case one small detail would jump out and grab me. For example, here’s a young sailor, 17 years old and nothing about him extraordinary—actually he was a Marine; there was a contingent of Marines on the boat—until I realized that he was from the same small town in Wisconsin where my father had been born and grew up. So, I couldn’t set him aside—he had to go in.

And I read about yet one more Midwestern farm boy. There were so many of them who’d enlisted because the farm offered them nothing; they didn’t have the money for college. I read that this young boy’s two older brothers had both died. Then I read in an old newspaper interview that his mother said, “I had bad luck with all my boys.” It was such a stark and profound statement. I myself have lost a son in the military so I know what that’s like. But this reminded me of Shakespeare, where Macduff’s children are killed, and he cries “Oh, my pretty ones.”

How did you decide to write about Japan as well?

I don’t recall what then propelled me to Japan—in the book, I mean. I know what took me there in real life. There was, of course, the connection with Allen, and there began to feel like so many connections. I had read John Hersey’s book Hiroshima; I went back and got another copy of that. I had myself surrounded by those events for a period of some months while I worked.

Do you have hope for the world?

I always have. I’m an optimist—but ask me again in mid-November. I would like to think that there can be hope for this world.

Kathie Meizner manages a public library in Maryland and reviews children’s books for Kirkus and the Washington Post.