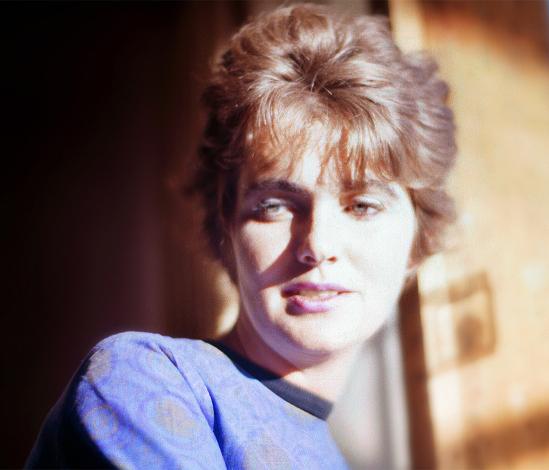 Reading A Manual for Cleaning Women, which collects most of the short stories she wrote before her death in 2004, may feel for many like encountering a writer of the stature of Raymond Carver or Lorrie Moore for the first time. In precise and forceful language, Berlin captures the lives of hard-living women from Denver to Peru to the Bay Area to the Texas borderlands. She writes with compassion and candor about the lives of working-class immigrants, and her stories about alcoholism mirror her own struggles with drinking. Critics of American literary culture often openly wish for a writer capable of escaping the middle-class MFA bubble and cutting across barriers of class and race. Here she is. Or was.

“There were times when she tried to reach a wider audience and send work out to big publishers, but she really had her hands full,” says writer Stephen Emerson, a friend of Berlin’s who edited A Manual for Cleaning Women. Alcoholism was one factor; another was raising four sons, often by herself. Yet another was her peripatetic life: she spent her childhood in the western United States and Chile, then bounced from New York to Oakland to Boulder, Colorado, to Los Angeles, where she died of cancer. She had prominent champions such as Saul Bellow and Lydia Davis (who wrote a foreword to the new collection). But her stories mostly were published in smaller literary magazines, and her collections put out by esteemed but lower-profile houses like Black Sparrow Press and David R. Godine.

The process of reviving Berlin’s work, Emerson says, began with another longtime fan, novelist Barry Gifford (Wild at Heart), who reread her work about two years ago. “He said, ‘This is ridiculous. She needs a wider audience.’ ” Emerson volunteered to do the work of culling though her 76 published stories to compile the 43 included in the book. “I don’t think I would have undertaken it on my own initiative, but as soon as the idea of doing it came to the floor, I thought, ‘Wow, this’ll just be a great experience because I’m going to get to read her work again,’ ” he says. “I’ll read every word of her work again and I’ll reconnect with my friend.”

Though Berlin began publishing in the ‘60s, the bulk of the stories included in Cleaning Women were written in the ‘80s, a decade during which Berlin was in the worst throes of her drinking but also became sober. Some of her strongest stories address alcoholism directly, as in “My First Detox,” where she writes about the drunk tank with bitter humor: One occupant “climbed into a taxi hollering, ‘To the Shalimar!’ but the taxi was a squad car and they brought him here.” In “Unmanageable,” she evokes the agony of waiting for a first drink: “She was crying, with relief she had not died.”

It would be unfair, though, to characterize Berlin as simply a writer who wrote about her demons. In the title story, she wittily describes the way maids are close yet distant from their bosses. (“Women’s voices always rise two octaves when they talk to cleaning women or cats.”) Berlin also worked briefly as a nurse, and in “Emergency Room Notebook, 1977,” she writes of a milieu where “the ambulances are gray, the drivers wear gray, the blankets are gray, the patients are yellow-gray except where the doctors have marked their skulls or throats with a dazzling red Magic Marker X.” In stories like “Sex Appeal” and “Tiger Bites,” she writes bluntly about women coming of age. And in the collection’s masterpiece, “Mijito,” she describes a Mexican immigrant woman’s struggle to get by in Oakland. Berlin expertly shifts perspectives from the woman to the nurse who sees her with her child: “It’s as if these kids are the result of a glitch God made answering prayers.”

“She was the kind of person, whenever she noticed something she had never noticed before…that was the best thing that had ever happened, whether it was good or bad,” Emerson says.

In 1994 Berlin began teaching writing at the University of Colorado in Boulder, and among her first students was Columbine author Dave Cullen. He recalls her as a teacher who celebrated a wide range of writers: Her syllabus included Virginia Woolf, Dagoberto Gilb, Don DeLillo, and Annie Proulx. But she wasn’t an especially harsh teacher: “She wasn’t brutally honest as a critic of your work,” he recalls. “You’d bring everything to workshop and it’s eviscerated. But she didn’t play the role of eviscerator.”

What Cullen admires in Berlin as both a teacher and writer was patience. She took care with her sentences, and challenged her students to spend more time thinking and less time writing for its own sake. “She said you have to really, really turn these things over in your head over and over hundreds of times and figure out what’s going on, and why, and what is this really about, and how this person feels, and really capture this person and this situation, this moment,” he says. “There is so much work to be done. Getting the sentences down is just the last part of that.”

Though Cullen says he’s “ecstatic” that the new collection exists, but also expresses some concern about it. “I actually feel really nervous about this, because now I feel like she’s got this one shot,” he says. “So many books just get lost in the shuffle. But I also feel like the world has been cheated of this voice.”

Mark Athitakis is a Phoenix-based writer and regular contributor to Kirkus, the Washington Post, Barnes Noble Review, and other publications.