Lucky Diaz Composes an Ode to the Paleta 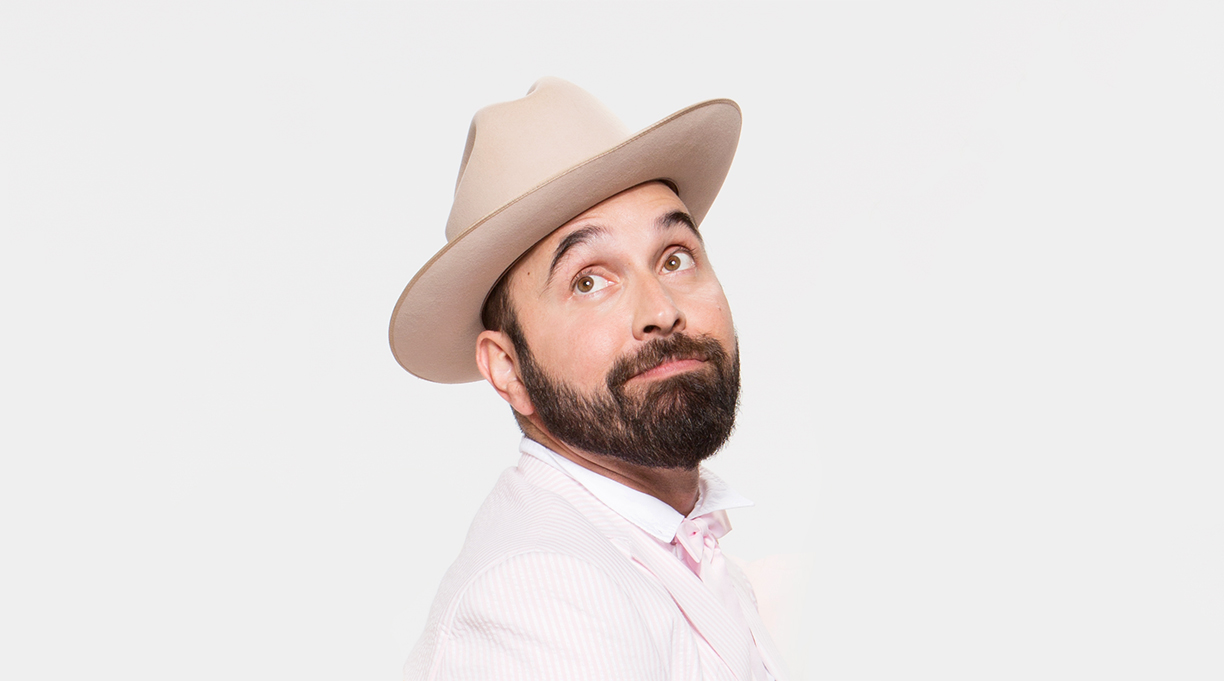 Nothing says “summer” like the frozen treat known as a paleta, and with their new picture book, Paletero Man (Harper/HarperCollins, June 1), author Lucky Diaz and illustrator Micah Player take kids to the Koreatown neighborhood of Los Angeles “in the hottest month, / on the hottest day.” Pocketing a handful of dinero, their young protagonist follows the siren call of Paletero José—past Tío Ernesto and his tamale cart, past Ms. Lee’s Korean BBQ, past Frank in his bike shop—but readers notice what the eager paleta-seeker does not: Cash and coins are falling through a hole in their pocket with every step. Dinero perdito, how will this kid get that longed-for paleta? Diaz, frontman of the Latin Grammy–winning Lucky Band, takes his bouncy song “Paletero Man” and turns it into a quest that celebrates both the ethnic diversity of LA and the sweet, simple joy of a paleta in the park. Together with his wife, Alisha Gaddis, Diaz has been performing for kids for over a decade, but this is his print debut. He and his family split their time between LA and Columbus, Indiana, where he spoke with us via Zoom. The conversation has been edited for length and clarity.

What drew you to performing for children?

I started performing for children inadvertently. Our eldest daughter, Ella, is going to be 18 this year. When she was a young child, I was a session musician in LA, like a lot of other folks. I was trying to find a way to communicate the idea of creating as something that comes naturally. And in doing so, I just started writing songs with her together during bathtime. We’d put her in the bath, and I’d sit with an acoustic guitar [and] play. From that, we started making up songs. I’d say, “Hey, we’re gonna write a song about a character, let’s pick an animal.” And she’d say, “How about a bear?” And I’d say, “Great. What color is the bear? What is the bear going to do today?” That led to making a little group of songs. And then my wife said, “You should record those songs.” Months go by, and I found that Sirius XM was playing our music. Mindy Thomas there was instrumental in exposing it. I never set out to do children’s work, but I’m so grateful to do it.

How did you find Micah Player? Your relationship goes back almost 10 years now.

We met because we always had a menagerie of artists and creators coming in and out of our house. We had a connected friend named Tilt Tyree who came over, and Alisha said, “Hey, look at what Lucky’s doing,” and right away Tilt said, “Oh, my gosh, you need to meet my friend Micah Player.” Somehow when Micah and I met, it was just really electric. It was very special to finish the book at the time that we did, because Tilt just passed away this year. Tilt’s actually in the book, in the last scene at Echo Park. We felt somehow he was with us. I hope there are many more collaborations [with Micah] to come.

How did “Paletero Man” go from being a song to a narrative?

They are two very different things. I wrote the song several years [ago]. We were living in Koreatown in Los Angeles. We’d [found] this park, and we were having this experience with the paletero man there. Alisha was the one that said, “Hey, you should write a story about what this experience is and our little ecosystem of all the street vendors.” Over the course of about six months, I just started writing a story. Who is this? Who’s this character? What is his quest? I write in stanzas, [and that works] for a children’s picture book. It rhymes, and it has a musicality that maybe doesn’t exist in other literature. I got it to a place where I was really proud of it. I sent it to my agent, and at that same point, I sent it to Micah. He was very surprised that it was so different from the song and that it was a whole story. I was so thrilled that HarperCollins said, yes, we have to get Micah to do this.

This is a very dark time for immigrants. Feeling firsthand racism, seeing the racism my own parents and family have faced, it was important for me to tell a story about a hero like the paletero man, a dreamer, right? Los Angeles is a real epicenter of dreams. The little heroic act of providing that service is something that really speaks to me, because I think that we can all get behind paletas and ice cream cones and the simple joy of seeing your kids so happy.

I love “LA is an epicenter of dreams.”

My dad, who was an immigrant, lived on the same city block that my family was living on [years later]. It all came full circle for me to be able to connect with my dad’s own story of coming here as an immigrant and me being the child of an immigrant and having my own child and trying to communicate that to her. It’s part of the whole dream.

You very consciously integrate Spanish into the English text.

I call myself a pocho, which is basically a displaced person. It used to be a very derogatory term, basically like a Mexican that’s displaced or doesn’t know where they are. But [now it’s] more of an empowerment. And being a pocho, I had a very difficult time connecting culturally. When my parents came here it was very important to them for us to assimilate into American culture, for us not to have accents. But it was also important for us to have Mexican culture. So as a young person, it was very confusing. And I [felt] for a long time, kind of a shame, like, I’m Mexican, [and] everyone speaks really ill of them. If I look back on my life and creating children’s work, it’s been a healing experience to be proud of being a Chicano pocho.

I’ve often been told, “Oh, I love your songs, they’re so great, but you’re not speaking Spanish,” or “Your Spanish is incorrect.” And I say, “Well, then you don’t understand what it is I’m trying to do. Because I’m trying to have fun with language.” And it’s so important that other culturally mixed, racially mixed kids and families [read] this text and see themselves in it, because this is the reality of our evolution of a cultural identity.

I say “tamale” in the text—it’s Anglicized Spanish, because in that neighborhood, that’s what you say: “I want a tamale.” She doesn’t say, “I want a tamal,” [the singular of “tamales” in Spanish]. That’s the truth, and it’s very controversial, I’m learning. Many people have many opinions. But I can say that I’m sincere about the usage. This is how I use language. It’s definitely where I come from as a Spanish speaker, as an English speaker, as a code-switcher, as a Mexican, as an American. This book speaks to my pocho-ism.