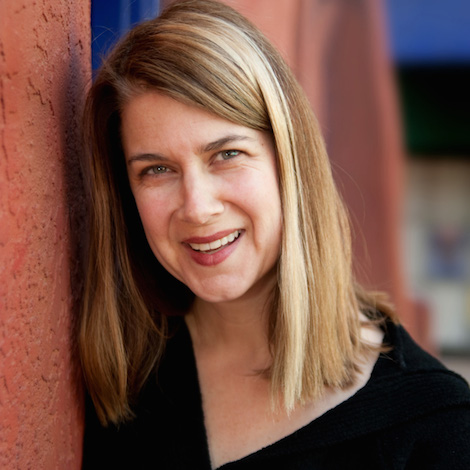 Lydia Millet photographed by Ivory Orchid Photography.
“Oh my God, that’s hilarious,” Lydia Millet says, “that big one facing off with the small one.”

Certainly conventional wisdom has never applied to her career. After her first novel, Omnivores (1996), Millet seemed a nomadic figure at the literary margins, roaming from big publishers (Henry Holt) to indies (Soft Skull), from absurdist romances (George Bush, Dark Prince of Love) to meditations on nuclear power (Oh Pure and Radiant Heart). But then, a cluster of books—including Love in Infant Monkeys (2009) and Magnificence (2012)—earned her sudden literary “legitimacy” as a finalist for the Pulitzer Prize, the National Book Critics Circle Award and the Los Angeles Times Book Prize.

“I put that down to luck,” she says, also quick to point out that although she has recently started getting nominated for big awards, she never wins them.

Part of her recent success—in addition to the awards attention, she has settled in with venerable publisher W.W. Norton & Company—might come from a strengthening of her focus on the ways that human beings affect the natural world, a topic she explores in a pair of 2014 novels. In Pills and Starships (written for young adults), climate change has wrecked the earth, and a husband and wife have decided to end their lives, bringing their teenage children along for final goodbyes at an island retreat. In Mermaids in Paradise, newlyweds on honeymoon in the British Virgin Islands encounter the titular creatures and struggle to protect them as one might an endangered species. Though these books feature different characters, their larger outlines are similar.

“I’m preoccupied with extinction and global warming,” Millet explains, “and I firmly believe they’re the two great matters of our time—matters that will determine the foreseeable course of human history. More and more I feel like need to take them on, whether in a more comic vein, or in a more meditative vein, or in a book for young readers. It’s difficult to write about lofty subjects without coming off like an asshole. But I feel, finally, I can’t turn away from them, and I have to find a way of writing about them that doesn’t repulse me aesthetically.”

Millet is blunt but easygoing—refreshingly non-academic in the way she speaks about these “lofty subjects.” She lives in Tucson, Arizona, and though she has friends in the creative writing program at the University of Arizona, she works at the Center for Biological Diversity, a nonprofit organization dedicated to protecting endangered species.

Perhaps for this reason, Millet has little patience for literary fiction that avoids the big picture. “I find so much of so-called ‘domestic realism’ to be deadening,” she says. “It seems to take place in a world that has no context outside consumer and material culture, and it engages in a wholesale, willful ignoring of political context. If our lives are only about our relationships with other people—our friendships and loves—I think we lack vision. I want for people to read beyond the personal.”

Yet reading her books never feels like a chore, for one simple reason: “I always go back to humor,” Millet says. “It’s how I relax.” She describes herself as “cheerful,” saying, “My brain is wired that way. I always want to write in a way that doesn’t preclude optimism.” (Millet’s brain also seems wired in a way that doesn’t allow her to issue such a proclamation without immediately complicating it, so she hastens to add, “Then again, optimism is a charged word, and very problematic…”)

Certainly Mermaids feels, if not quite optimistic, at least cheerful, and although it examines the difficult subject of extinction, it also contains wild comic set pieces, including one set at a mud race, and another set in an S&M club. Millet loves such set pieces for their humor, their archetypal quality, and their veracity: “There are such marathons, there are such clubs, and none of it’s invented. A lot of fiction comes from constructing archetypal tensions between extremes. Those extremes make you laugh. What’s in-between those extremes makes you think.”

Appropriately, Mermaids was also a vacation for Millet herself: She wrote it to take a break from “a serious, dense book” she’s been working on for years—a new novel that has to do with “language, and what’s sacred, and ideas of the divine. It’s kind of a horror book.” She smiles. “But only a little bit.”

Horror—such a commercial genre, yet Millet, still cultish at heart, wants to move inside its tropes and bend them. She looks up at the looming literary world and holds her place—the small dog barking at the bigger one.

Benjamin Rybeck has reviewed books for Electric Literature's The Outlet, HTMLGIANT, The Rumpus, The Texas Observer, and elsewhere.