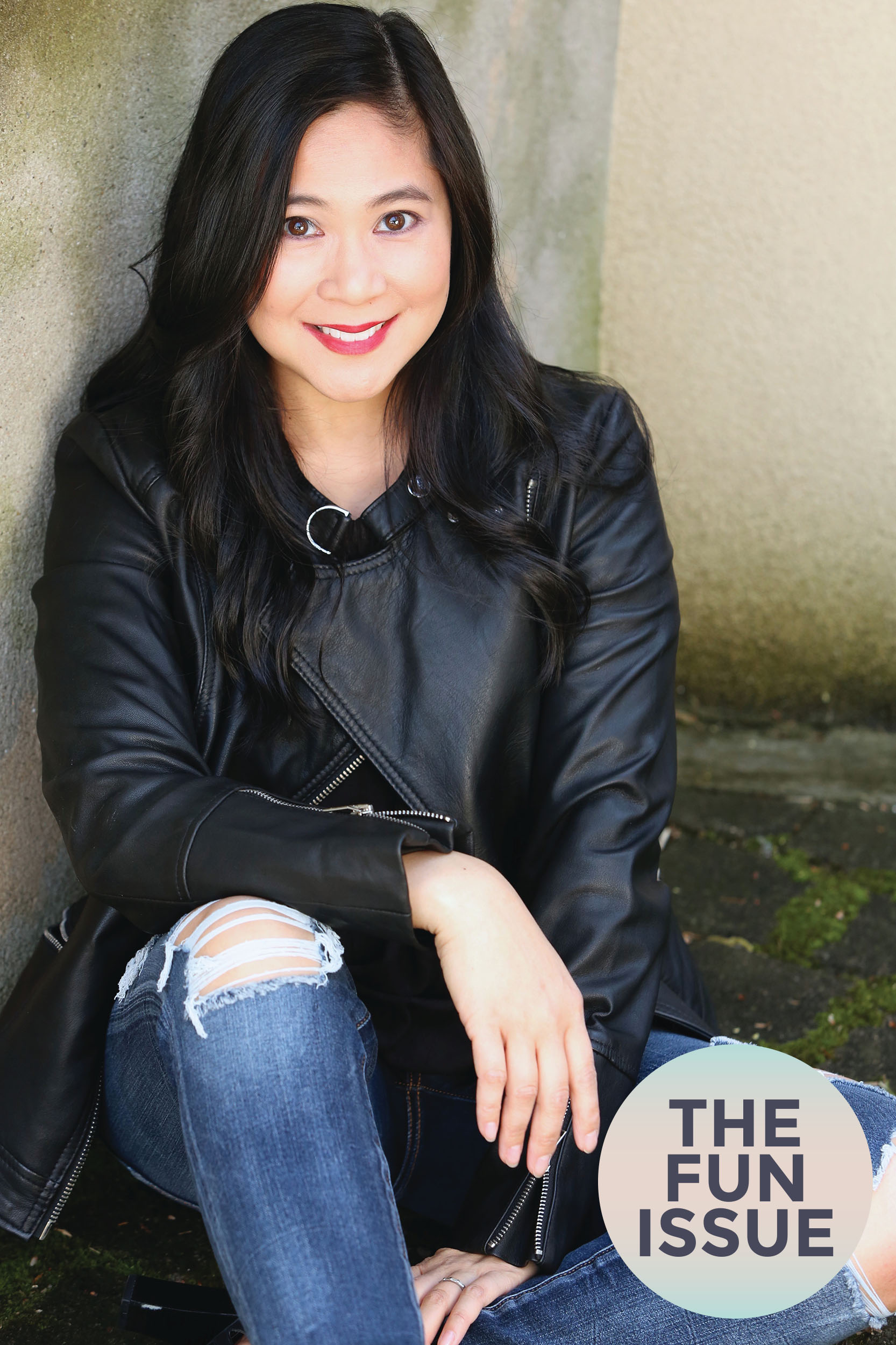 Lygia Day Peñaflor successfully shed a sophomore slump by poking fun at her own frustration.

“I was struggling so hard to come up with a premise for my next novel,” says the author of Unscripted Joss Byrd, a 2016 debut based on her experience as an on-set teacher for young movie, TV, and Broadway stars. “I get panicked and anxious when I don’t have a project, and I wasn’t sure I’d ever have something new to write about.

“So I started to imagine, what’s the worst, most desperate thing I would do in order to get a juicy story?” she says, laughing. That’s when epiphany struck: “I would befriend a bunch of kids, weasel my way into their lives, and then write about their deepest, darkest secrets in order to get myself out of this [writer’s block].”

That’s exactly what glamorous 22-year-old YA author Fatima Ro does in Peñaflor’s thrilling, irresistible new novel, All of This Is True. Whether it’s mutualism or malevolence becomes a matter of contention for Miri, Soleil, Penny, and Jonah, four privileged teens who fall under Fatima’s sway when she relocates to their tony Long Island town.

“Fatima pretty much gave us a whole new language,” Peñaflor writes from Miri’s perspective, “a new way of thinking of living. When she took us in, all of a sudden I realized...we all realized that we were starving to be part of something meaningful. Becoming friends with Fatima Ro—I mean, actually being part of her inner circle—was it.”

After meeting them at a reading for her debut novel, Undertow, Fatima swiftly (suspiciously) incorporates the teens into her inner circle. She encourages them to share their “precious truths” with her, to make “genuine human connections.”

What Fatima learns about a year-old scandal at Jonah’s former school becomes the main fodder for her second novel, The Absolution of Brady Stevenson. What she writes leads a group of unknown assailants to beat him into a coma in real life.

“[Fatima] told me that a person’s greatest success or downfall can be traced back to one pivotal human connection,” Peñaflor writes from Penny’s perspective, “one moment in time that created ripple effects toward either achievement or destruction.”

Readers receive Miri’s and Penny’s versions of events leading up to the book launch and the beating via interviews with a journalist named Nelson Anthony on Naked Truth TV. They get Soleil’s version from journal excerpts and emails exchanged with Fatima and reprinted in New York magazine. But there’s no direct account—no defense—from the author herself.

“Fatima is a mystery,” Peñaflor says. “She never shows up in the book. Even though she is a strong character, a main character, we only learn about her through what these other people say.”

There are illuminating excerpts from Undertow and The Absolution of Brady Stevenson, Fatima’s books within Peñaflor’s book. And there’s great fun to be found in abundant pop-culture references and Easter eggs for YA lovers. With a ripped-from-the-headlines premise couched in an inventively layered narrative, All of This Is True is “utterly addictive and psychologically delectable—Peñaflor’s second novel will shock at every twist and turn,” Kirkus writes.