Around the World With Maggie Shipstead 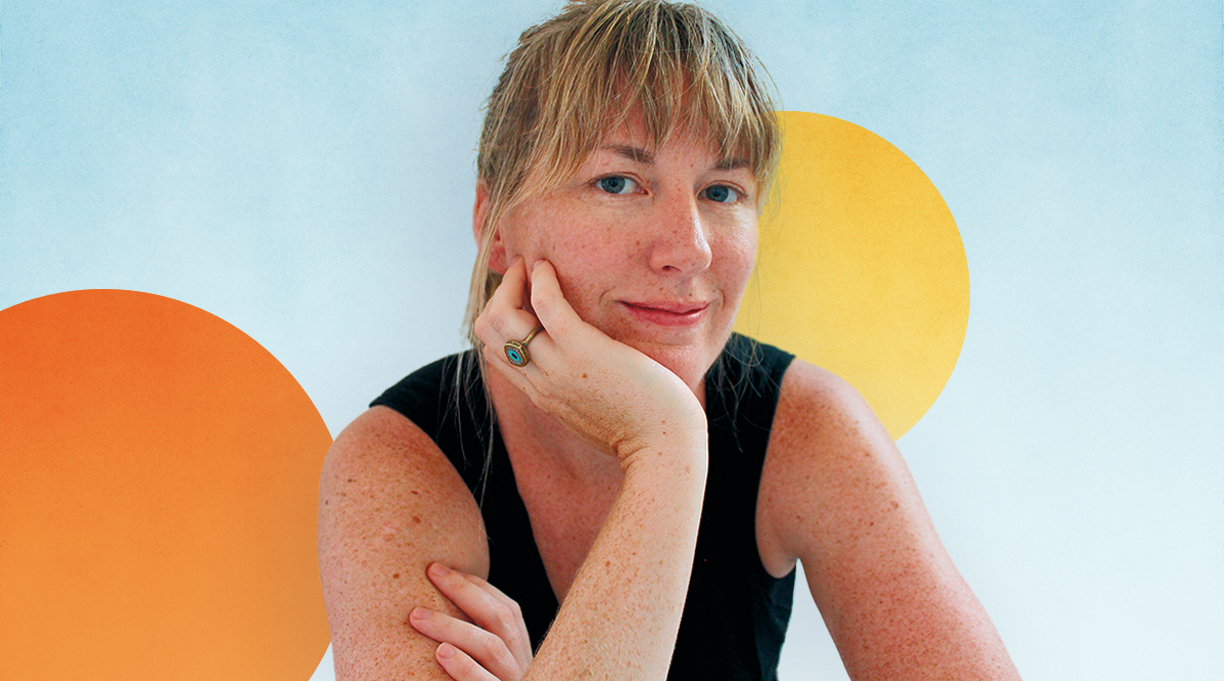 Maggie Shipstead. Photo from the author

If you’ve read Maggie Shipstead’s first two, tightly focused novels—Seating Arrangements, a comedy of manners about a wedding on an island in Maine, and Astonish Me, set in the world of professional ballet—you’d be prepared to love her next book. But you wouldn’t have expected a sprawling 593-page barn burner that somehow includes a 1914 trans-Atlantic cruise, Prohibition-era Montana, a great house in the English countryside during World War II, Alaska, Hawaii, the South Pole, and present-day Hollywood. Great Circle (Knopf, May 4) tells the stories of Marian Graves, an early aviatrix who was lost during an around-the-world flight in 1950, and Hadley Baxter, the former teen idol who’s set to play her on film. Sprawling yet beautifully constructed, it’s completely engrossing and, as our starred review said, “so damn entertaining.” I spoke to Shipstead by Zoom from her home in Los Angeles; our conversation has been edited for length and clarity.

When you started Great Circle, did you know it was going to be this complicated? Or did it just spiral out of control?

No, it spiraled out of control, 100%. I wrote the first draft of Seating Arrangements in eight months, Astonish Me went from being a short story to selling in five months, so I thought I’m someone who writes books really fast. Like, it takes me less than a year to write a book. And so in some way, this was a rude awakening. And I don’t plan or outline. I just knew I wanted to write a book about a female pilot who disappears while trying to fly around the world north to south. And I usually need another element, so the story of Hadley, the movie star, became that. So I had those two pieces, and then I just started at the beginning, and it was kind of like building a house without a blueprint. Two years in I could tell I was less than halfway through a draft, and I had 400 pages, and that was really overwhelming. And I had to just accept that the only way out was through.

Where did the idea of the female pilot come from?

That I can actually pinpoint. In 2012, I’d been traveling in New Zealand, and at the airport in Auckland is a statue of this pilot Jean Batten. In the ’30s, she was the first person to fly solo from London to Auckland. I was in edits on Astonish Me at that point, and a different project had just kind of died on me so I was casting around for an idea. I saw the statue, and I thought, Oh, I should write a book about an aviatrix. I didn’t start working on it for another two years, but I had it in the back of my mind.

You did research in libraries and archives and traveled to the far ends of the Earth for this book. Are there any other really unusual types of research you did?

One really serendipitous thing that happened was I was in Missoula, and I was hanging out at this little aviation museum at the airport. And these two guys came in, they were wheeling out a historic aircraft, and they kind of casually said to someone at the desk, Tell that lady, if she wants to come, she can come. And I was like, Me? And they’re like, Come on. So I went out. And they were taking out a 1927 Travel Air 6000, which is the plane I ended up having Marian learn to fly. And we flew a few laps around the Missoula Valley, and I got the perfect vantage point in the perfect plane. And it just came out of nowhere.

Do you fly yourself, or did you try it for the book?

I didn’t. The one time I’ve been sort of at the controls of a plane was in a glider, so no engine, and the pilot was behind me, and I found it very spooky. I also have really poor spatial relations. For a pilot, I don’t think that’s a great fit.

There are so many descriptions of icy places while Marian is flying in Alaska and over the poles, and they were so vivid even at times when she could hardly see anything. Was that challenging?

Well, I remember my editor making some notes in the margins that were just “Enough!” So I guess I generated a surplus of that. It’s a very specific sort of knowledge, and the more you get to know about these places where the landscapes are very stark, the more you see. One thing I really wanted to see was the ice sheet where Marian briefly gets stuck. I didn’t go into the Antarctic interior, but I did a story for Outside on the pilots who do the U.S. airlifts in Antarctica. In the summers they go and train in Greenland, so I flew on a cargo plane from New York to Greenland with them. I got to talk to pilots who fly in these conditions, and they all talk about that white-on-white and how disorienting it is. We landed on the ice sheet in Greenland’s interior, which looks like Antarctica, because it’s a flat disc of white to the entire horizon. And I’m not sure I could have imagined that accurately even though it’s a very simple idea. But just the dome of the sky and that perfect horizon you don’t really see anywhere else except maybe on the ocean.

Then there’s this whole other strand of the novel about Hadley in Hollywood. Did you know from the beginning that you needed to have these two different threads?

It came within about a month of when I started writing, so pretty early. I’d written an unrelated short story that had a similar voice to Hadley’s, that intense first-person voice riffing on Hollywood tropes. I wanted her there for a couple of reasons. One was, I just liked the voice, and I like talking about LA. It was a way to bring in some humor and a different sort of sharpness. Without it, the book would be sort of this uniform loaf of historical fiction and would be much more earnest, and this cuts through that a bit. And it was also a way of getting at this idea that we all experience our own lives and that what we can know about any other life is incredibly limited. And so this idea that Hadley’s trying to portray Marian, and she’s trying to figure out who Marian was—and the reader knows, because the reader’s been in Marian's life. And so you can see this disconnect and the way things get distorted over time and what people project on other lives. So I wanted that other lens and another tone, and I also just thought it would be fun.

Is there anything you’d like readers to take away from the book?

I think, separate from the book, it’s worth thinking about what you want—I’m obsessed with seeing things in the world, seeing landscapes or seeing different wildlife, things like that. And so I think it’s worth thinking about what you want to see in your life and what you want to witness. And obviously, that drives Marian, and it’s different for everybody. Some people just want to see things at home, and that’s fine. But I think it’s a worthwhile question.