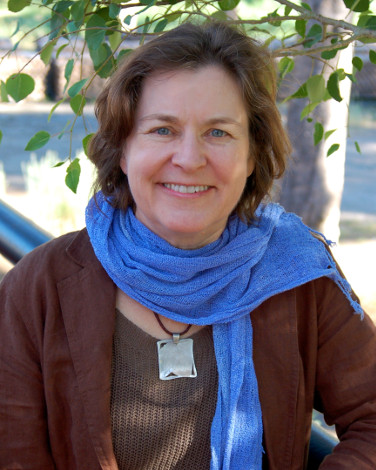 Karen Joy Fowler is one of two Americans to make it to the Booker Prize shortlist.

Joshua Ferris and Karen Joy Fowler are the first Americans to claim spots on the Man Booker Prize for Fiction shortlist.

Announced this morning, the 2014 shortlist reflects the first year in which all English-language writing published in the UK is eligible, regardless of the author’s nationality. From 1968-2013, the Booker Prize was awarded only to citizens of the UK and Commonwealth, the Republic of Ireland and Zimbabwe.

Ferris is the author of To Rise Again at a Decent Hour, Fowler, the author of We Are All Completely Beside Ourselves. Completing the 2014 shortlist are The Narrow Road to the Deep North by Richard Flanagan (Australia), J by Howard Jacobson (UK), The Lives of Others by Neel Mukherjee (UK) and How to Be Both by Ali Smith (UK)—all of which would have qualified under the old rules.

The expansion of Booker Prize eligibility has been the cause of considerable controversy since its announcement in 2013. One notable contention is that British and global entrants must now compete against an American publishing industry that’s relatively large in size and resources.

Judges’ committee chairman A.C. Grayling says quality will out, regardless of geography.

“When the controversies arise, people should be conscious of the fact that it was never a question of should we ensure that we have represented that gender, or that nationality. It’s only about literary quality,” Grayling says.

Critics like American novelist Jane Smiley, who chaired the Booker International Prize in 2009 (a prize initially conceived to serve English-language authors of all nationalities), say she will miss the Booker’s Britishness.

“I liked the Booker because people who won the Booker were characteristically British, and it was a reflection of that particular literary world, which I think is a very interesting literary world. I’m sorry to lose the idiosyncrasy of that,” Smiley says.

Grayling maintains that a larger pool from which to choose can only benefit the aim of honoring the very best novel of a given year.

“This is a process through which a great deal of energy and serious commitment is involved—indeed, a great sense of responsibility to all the different constituencies involved: To readers, who are going to part with their money,” he says. “To writers, who put sometimes years of endeavor into their work. To publishers, who are making the selection in the first place, editing the book, supporting it, acting as its defender, and also to the literary world in general, and to the future. We feel a sense of obligation to make a choice which our contemporaries now and people in times to come will look at and say, ‘Well, did you see why they chose that book?’ It will stand in comparison with other books that have won the Booker Prize, the Pulitzer Prize, and [the few who have] gone on to win the Nobel Prize,” Grayling says.

In addition to a cash prize of £50,000, the Booker often represents a marked increase in sales, buzz and critical attention, as it did for last year’s winner Eleanor Catton, author of The Luminaries.

Their concern is to represent a winner that will stand time’s test as well as represent the particularities of 2014.

“The one big thing that I’ve noticed this year is how much more intellectual a lot of the writing is, and how much wider the range of reference is,” Grayling says. “[The authors] are notable in their comfort with and accomplished use of scientific investigation, in particular neuroscience, and it’s very striking how many of the novels draw from these resources in telling a story about our relationships, our emotional responses—the narrative of what it is to be us, and to be alive,” Grayling says.

The winner will be announced at Guildhall in London on October 14.