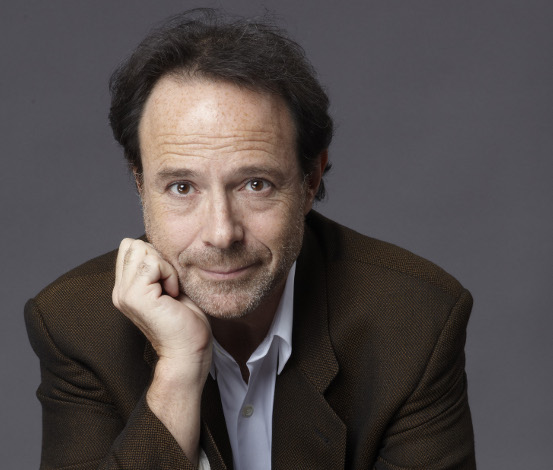 If you survey the body of Marc Levy’s work, it’s clear that writing is serious business for him. His 17 best-selling novels have been published in a total of 49 languages and have sold more than 40 million copies worldwide. On average he publishes one new book a year, which is inconceivable to many who wield the pen. To put it mildly, he’s prolific. But suggest that what he does is difficult and he’s quick to offer a bit of perspective.

“It’s not difficult,” says Levy. “Painful? Yes it is sometimes, like headaches are painful. There [are] not that many jobs in the world where if you do one thing per year, people tell you it’s a lot of work. It’s not. A nurse that goes to the hospital every morning and takes care of patients—that’s a lot of work.  A journalist who writes in a paper every single day does a lot of work. Me, I’m standing in my office and I’m playing with my characters. I can make them say [anything] and I can even erase what they say. I can stop the time; I can reverse the time. I’m this crazy little kid in my workshop that can trick everyone and do whatever I want.”

Levy’s first published novel, If Only It Were True (2000), certainly took such metaphysical liberties. The book grew out of a bedtime ritual he had with his young son,

which was to tell him an ongoing fictional narrative. Quite often, after a long day at work, Levy would confuse details and timelines. So he started rushing to his office the moment his son fell asleep so he could write down the story. Once his son outgrew the practice, Levy stopped writing. But he quickly realized that something vital was missing in his life. So he began working on a tale aimed at an adult version of his son. Not only did the manuscript eventually become a bestseller, Steven Spielberg opted the movie rights and made the 2005 film Just Like Heaven.

Since then Levy has written thrillers, mysteries, comedies, love stories, and even historical fiction. In his newest U. S. release, P. S. From Paris, he tells the story of a writer and a famous film actress who form an unusual friendship in the City of Light. Romance is definitely in the air. There’s an element of mystery to the plot line and the dialogue-heavy narrative makes it a highly entertaining read.

But underneath his witty story, Levy conveys an important idea he feels compelled to tell: that humor, particularly self-deprecating humor, is an important piece of the happiness puzzle.

The male protagonist in the story shares some solid similarities with its author. Paul Barton is an American novelist living in France (Levy is a French novelist living in  America.) Barton is internationally published (as is Levy). A decent slice of the book’s storyline revolves around Barton’s connection with his translator and how that relationship affects his work. In real life, Levy says that translating is not just translating; it’s also a part of the creative process. As one might imagine, when you’re published in 49 languages, translation practices vary widely from country to country.

“In some countries there’s a real open dialogue with the publisher about how the translation is being made,” says Levy. “And [in] some you will never even meet them. So you are completely blind. When If Only It Were True was published I was living in London. I received the first draft of translation from my American publisher. I was standing at my desk, comparing the French pages to the English pages and checking phrase by phrase, trying to understand why they changed it so much.”

While he was busy patrolling the conversion from French to English, the mailman showed up to deliver a Chinese translation of the book. At that point, he says the joke was on him.

“That’s when you just laugh and say, ‘OK, this has to be a question of trust and understanding,’ ” he says.

When he started writing P. S. From Paris, Levy says he definitely wanted to create a book where the comedy would be about the writer.

“Instead of making a story where the writer’s world is all about anxiety and trauma, I wanted to write about how life can be really great if you don’t take yourself too seriously,” he says. “There’s a [prevailing] idea that if it’s not sad and dramatic, it can’t be intelligent. Well, I disagree with that. I wanted to rehabilitate the wonderful magic of happiness.”

Laura Jenkins is a writer and photojournalist living in Driftwood, Texas.