Margo Lanagan: The Prizewinning YA Author on ‘How I Did It’ 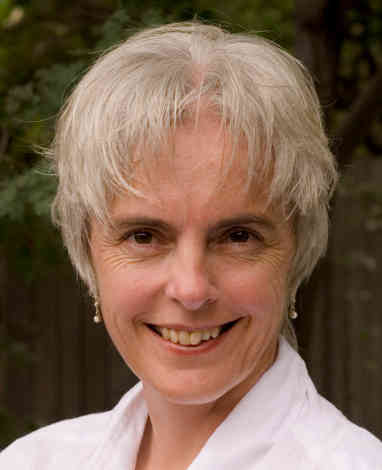 I did it by reading early and reading often, opening up and unthinkingly absorbing story patterns, word patterns and ways of looking at the world. In the beginning, I just thought books were; they all already existed, waiting for me to explore them, a great static phantasmagorical corpus. But then, oh wow, at school they told us about the year’s winners of the Children’s Book Council Awards. So new books were still being born; they weren’t historical artifacts. I played with storymaking, with putting together poems, but I didn’t entertain the thought of being a writer myself yet. That would have been like intending to be a saint, or a movie star. I didn’t think that kind of career was open to the likes of me.

I did it, in my teens, by writing poetry. I know; everybody does that, before they get a life. But I kept going, late at night, enjoying the play, weighing each word’s meanings, adding, taking away, learning where the line was beyond which I sounded false and overdramatic, the line between sentiment and real emotional resonance.

Check out other installments of our writing and publishing series with Tammara Webber and Melissa Foster.

I did it by writing appalling short stories in my 20s, and an awful novel, and feeling the wrongness as I went, and being bored by the results. There was a thing, I realized, called narrative drive, which was different from the force that drives a poem, and which was entirely absent from these longer pieces. To write novels—as I was beginning to feel I might—I’d have to learn the mechanics of this drive.

I did it by first writing romantic novels for teenage girls, short, simple stories in which only so much could happen. But something must happen; something must keep teen readers turning those 100 pages. There must be something at stake, tension must build throughout, and at the end all the characters must get their just deserts. I learned to plan, and to write all day. I learned to banish my inner critic’s mutterings during first drafts; there wasn’t time to listen to her, if I was to get my chapter finished each day.

I did it by listening to critics—but not believing everything they said. "How much of what they say is true?" I asked myself. How much is only an echo of my own fears about my work? In all honesty, how necessary is it to keep their words in mind for future writing? I try to maintain both a thick skin and a working brain in relation to criticism—and the working brain is useful with praise too. You need to know when people are thanking you for things that in fact they brought to your work. You need to refrain from fooling yourself.

I did it by fooling myself, because writing a novel, whether your first or your 15th, is a big job, too big really. I fool myself several times a day. “I only have to write to the end of this page,” I’ll tell myself, when I have to write seven more pages to make the day’s 10. “This new mind-map will solve everything!” I assure myself as I work over it, confusing myself with too many colored markers. “I’m really only writing a series of short stories,” I’ve said. “Perhaps they’ll connect and perhaps they won’t”—this when I have a contract with the word “novel” printed as the author’s deliverable, a spent advance and a deadline several years old. “There, it’s as good as I can get it,” I claim, emailing novel drafts to my editors, when somewhere in my depths I know that the story’s full of shakes and breaks and uncertainties, and will need to be made over completely at least twice more. In order to get the job done, in order to just keep going, certain large white lies are necessary.

I did it by writing for myself first, then for teenage girls, then for middle-graders, then for young adults, then for young-adult fantasy readers—and then forgetting about age groups and staying faithful only to what each story seemed to require of me. When I stopped striving to make a paying gig, or a prize-winning gig, out of writing, then the prizes came my way, then the money began, in fits and starts, enough to buy me a slab of writing time here and there. When I got over making writing a job and a chore, when I brought it closer to the wordplay I’d enjoyed as a child, I shed a lot of the tension that was spoiling stories for me. When I got selfish about it, my stories ended up meaning more, to more people.

I did it by writing badly at first, but keeping going. I set goals that were always too big—several of them defeated me—but I picked new, smaller ones and kept going. I did it by doing it, putting in the hours, putting in the doubts and fears, false-starting and going back to begin again, finding the support I needed in books and websites, in the occasional class or workshop, in the company of other writers. Keeping going, whatever else crowds your life, whatever discouragement the world throws at you—it’ll get you where you want to be in the end. Sheer pigheaded persistence is a large part of what’s required, to do it, to get the thing done.

Margo will be touring Seattle, San Francisco and Phoenix November 8-14. She'll also be appearing at the National Council of Teachers of English Convention in Las Vegas, NV, November 15-16. Further information can be found here.