A Mother, a Daughter, and an Unfinished Novel 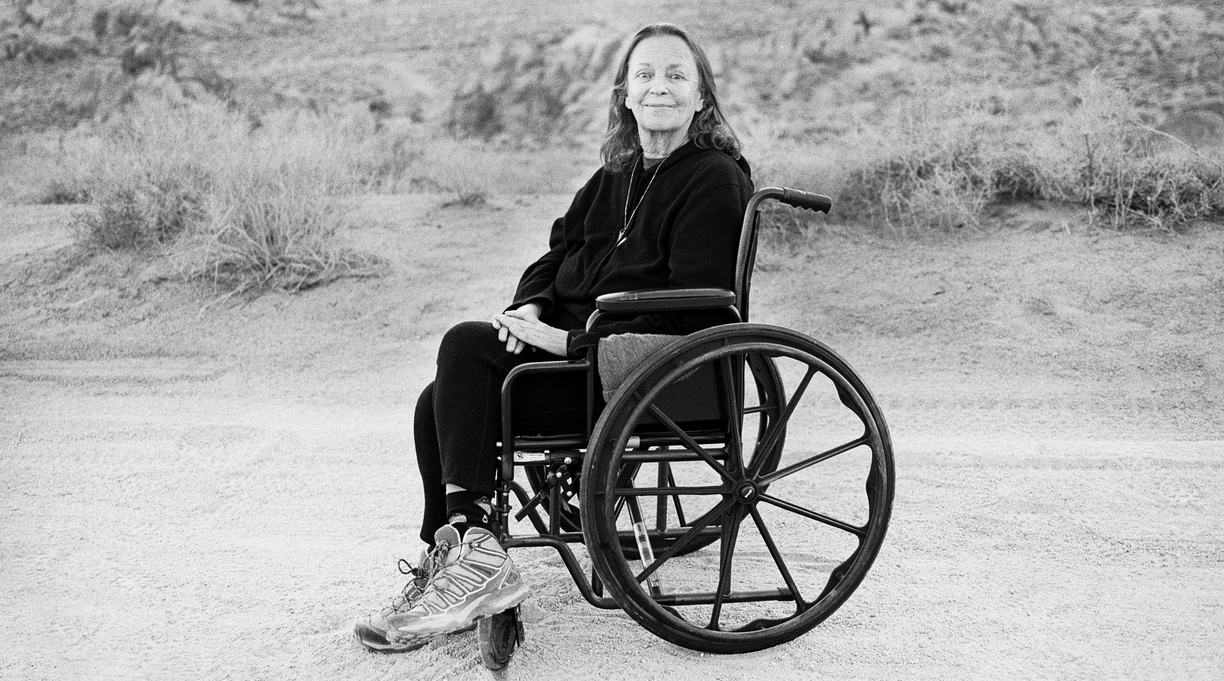 As compelling as Marianne Wiggins’ novel Properties of Thirst (Simon & Schuster, Aug. 2) is, the story behind its completion may be even more so. In June 2016, when Wiggins was chapters away from finishing the book—which Kirkus describes as a “sweeping, cinematic story of love and family set against the dramatic backdrop of World War II and the American West”—she suffered a massive stroke.

“It affected my whole fabric of reality: walking, centering myself in a landscape,” Wiggins, now 74, says over Zoom. She is sitting beside her daughter, photographer Lara Porzak, 55, in the home they now share in Venice, California—its decor the epitome of literary-artistic bohemian cool.

Wiggins, who was a tenured professor at the University of Southern California, despite never having attended college, speaks clearly and thoughtfully. At one point, she pauses to consider whether an adverb or adjective is correct and then rewords her sentence entirely. But at other moments she can’t remember, for instance, the order in which events occurred, and Porzak fills in the gaps.

“Together, we make one memory,” Porzak says.

Following the stroke, Wiggins says, “I don’t think I had an active imagination because so much of my brain power was being utilized by a conscious effort to recover my physical control. You have to exercise imaginative muscles, and I let those atrophy.”

As Wiggins shifted from hospital to hospital, beginning that recovery, Porzak read to her, eventually turning to her mother’s own words, the unfinished manuscript that would become Properties of Thirst.

“Her words healed her,” Porzak says.

They also strengthened Porzak’s resolve. Although the book had been more than a decade in the making and reflected Wiggins’ strong, supple command of language, plot, and character and her facility for exquisitely limning landscapes both external and internal, its prospects for publication suddenly dimmed. Porzak couldn’t bear to see her mother’s work go unread.

Wiggins’ 2003 novel, Evidence of Things Unseen, was a finalist for a National Book Award and a Pulitzer Prize, but in Porzak’s estimation, Properties of Thirst contained some of Wiggins’ most beautiful work, including one chapter, bringing nuance and empathy to a previously unsympathetic character, that Porzak calls “a perfect thing.”

“There was no way I was not going to get this out in the world for other people to read.” Porzak says.

So the daughter set about sorting through her mother’s many notebooks.

Wiggins, the author of eight previous novels over five decades, has always written longhand. Describing herself as “not a very good typist,” she began the practice before the computer era, carrying a notebook everywhere, jotting down notes. An extensive traveler, Wiggins enjoys “the mobility of being a longhand writer,” she says. “I am my own writing machine.”

Wiggins, who has been married three times, including to author Salman Rushdie, also kept a pen and paper by her bedside, pre-stroke, because, she says, scenes sometimes come to her in dreams.

“When I’m writing, if I come up against an impenetrable wall, I will dream a solution and wake up and write it,” she says. Of course, she allows, “Sometimes in the morning I can’t read my handwriting.”

Along with Wiggins’ written notes, Porzak parsed the recollections of the handful of friends with whom her mother had discussed the book’s ending, grilling each for details. Mercifully, Porzak also had a brief “Dear Reader” message, in which Wiggins had laid out her intentions, to guide her.

When, during the height of the pandemic, Porzak’s photography work slowed down, mother and daughter put their time at home into the arduous work they had already begun: painstakingly piecing together the book’s final chapters.

“We would talk about an adjective for three days,” Porzak recalls.

Porzak chronicles the process in the short, unflinchingly honest documentary film Marianne, co-directed with Rebecca Ressler, which recently won an award at Visions du Réel film festival in Nyon, Switzerland. In it, the effects of Wiggins’ stroke are apparent (she must be reminded to brush her teeth), as are her hard-earned wisdom (“Identity really coheres to memory, and when memory goes, it affects identity,” she muses), her stinging wit (“Have you looked at Lara’s nose, really?” she asks, to prompt a halt in filming), earthy sensuality (she shimmies, bare-bottomed, to Ray Charles’ “Mary Ann”), and writer’s vanity (“I’m the genius…me, me, me,” she declares, eliciting Porzak’s lovingly amused disgust).

So, too, is Porzak’s dedication to her mother and her work.

Witness this exchange from the film:

Porzak: But…I’m trying to save the ending. I’m looking in all your notebooks. I’m marking things. I’ve spent years searching for the ending. And now you’re telling me—

Wiggins: —I never wrote it.

Porzak: We’ve done so many edits. I think we edited something really beautiful out unfortunately.…[She reads from her mother’s notes] “You can’t save what you don’t love. He knew that. But when you love something. The only thing worth doing with your life is to try to save it.”

Wiggins [considering]: Well, I don’t think it’s the only thing worth doing.

Also on candid display are Porzak’s understandable moments of frustration.

After a protractedsession struggling over the wording of a single line, Wiggins begins to lose focus: “I want to tell you something,” Porzak says, her voice full of emotion. “This is your book. I’m trying to [effing] help you finish the [effing] book. It’s been three [effing] years, day in and day out, of me doing this. I need you to rally.”

Clearly, Wiggins rallied enough to complete the novel, although one planned chapter—in which she’d intended to depict Schiff, one of the novel’s main characters, helping to write the Japanese constitution—was omitted.

“I am not a writer. It was way too hard for me. We just didn’t put that chapter in,” Porzak says.

Ultimately, Properties of Thirst stands as a testament to not only the considerable talent of a writer, but also the devotion of her daughter. Helping her mother complete her work, Porzak says, tearing up, “is the greatest thing I ever did.”

Wiggins, for her part, acknowledges her exceptional good fortune in having her daughter “step into” her professional life. “It’s such a bonus that my child actually knows what I’m up against,” the author says.

Asked whether she hopes to write again, Wiggins displays the resolve distinct to both mother and daughter. “Yes, of course,” she says. “I will.”

Amy Reiter is a writer based in Brooklyn, New York.