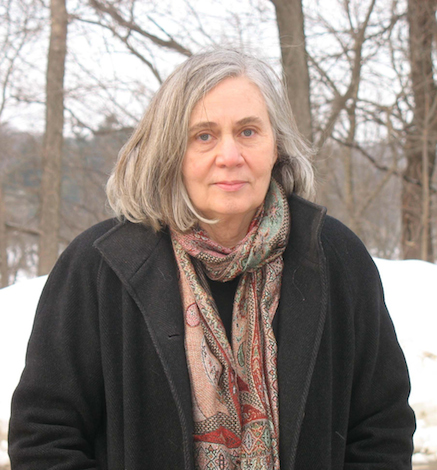 “They got hard names for women who do that kind of thing.” Yes, they do, for out in the fertile fields of Iowa, it does not do for a woman to be seen walking down a country lane smoking a cigarette. That’s just the sort of convention that Lila Ames, née Lila out of nowhere, once found it pleasing to flout. But, as she says, “now that she was the Reverend’s wife,” well, there are other battles to fight, other fish to fry, other folks to shock and surprise, dismay and redeem.

If you associate the Calvinist ways of small-town Iowa with the disapproving scowls of prim, pious fire-and-brimstone types, you probably haven’t been to Gilead, where an endlessly sympathetic pastor named John Ames tends to a flock whose lives are touched by sorrow, tragedy, joy, betrayal, bewilderment, loneliness and personal shortcoming—in short, the same stuff that besets everyone else everywhere in the world.

That small Iowa town is the fictional creation of Marilynne Robinson, a transplant from back East who reckons that, though she spends time elsewhere, she’s found a home in the plain-spoken, deliberately paced Midwest. “A lot of the energy in writing the Gilead stories, in fact, comes from the sense of discovery,” Robinson tells Kirkus Reviews. “I’ve been having my characters show me around, and through them I’ve been getting to know the place.”

One such character, readers of Robinson’s 2004 novel Gilead will remember, is Lila Ames, the pastor’s much younger wife. Now, people arrive at the roads they walk, whether to Damascus or otherwise, from many side paths. In life, we don’t always know where they’re going to come from, or where they’re going to go—just that, on one stretch of road or another, they’ll liable to encounter some hardship or another. That’s the rich fictional ground on which Robinson places Lila, who first wandered into town quite by happenstance—or perhaps not—in unlikely company, and with being spotted smoking a cigarette about the least of her worries.

The story that Robinson tells in Lila takes its title character back in time into experiences that one doesn’t normally associate with a minister’s spouse, for if, as Robinson writes of her, “Lila’s thoughts were strange sometimes,” her experiences do much to account for those errant thoughts. Readers will find, though, that Lila’s not the only one who has had a hard road to travel.

As Robinson brings her to center stage, Lila’s unfolding story turns on one of the author’s familiar themes: namely, an exploration of the Christian concept of grace, and of what it means—and can mean—in everyday life. “The religious tradition I follow,” says Robinson, “is large-minded and generous. I do think that the essential relationship of God and humankind is grace, and my books tend to be explorations of that. I wrote Lila’s story as it seemed true to me, and certainly with that question of grace in mind. My standards when I’m dealing with my characters is, What would Jesus think? He seemed to be extremely generous in his social relationships.”

And so, too, is Robinson as she charts the lives of Lila, John, and the other people of her imagined but very real small town, with all the good and the bad and the in-between, all told with sympathy and good humor.

Lila follows Gilead by a full decade, and the second installment in the Gilead series, Home, by six years. “After I’ve written a novel,” Robinson says of the long time between books, “the characters stay very strongly with me. That happened with Housekeeping, and it happened with Gilead, too. I wait and wait a long time for them to go away. It took years. Lila kept coming back, though. Yes, my characters stay in my mind, and I write books for them.”