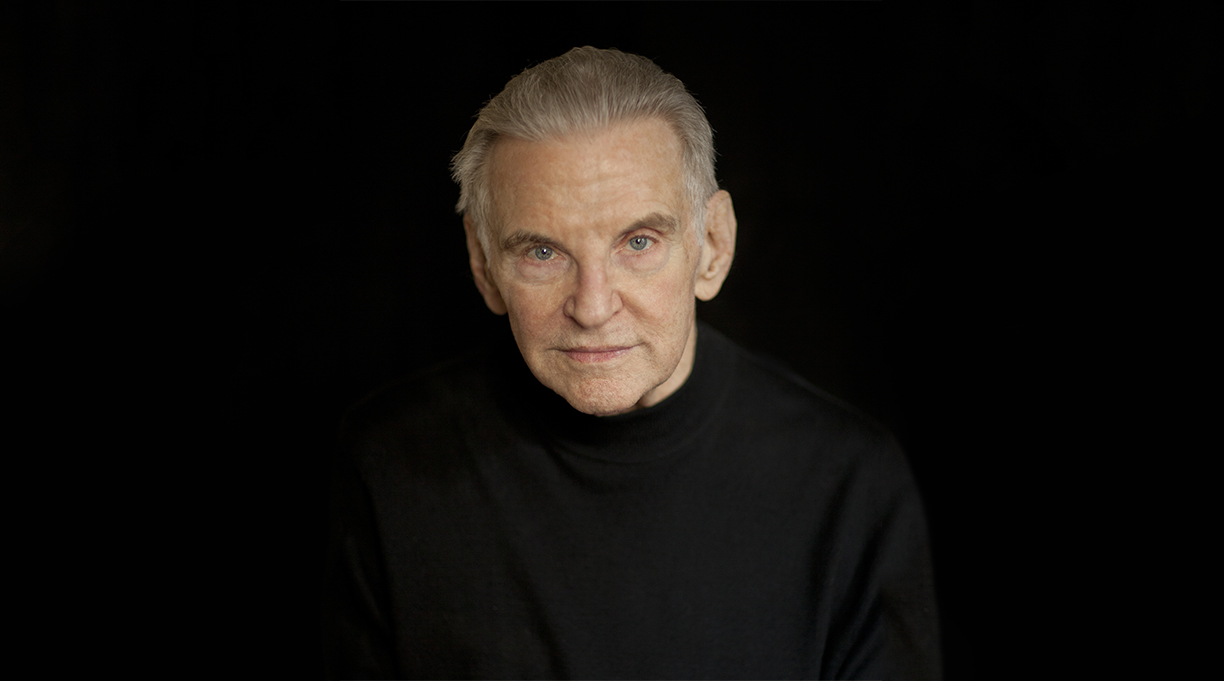 “I am a radical. I am going to stay one until my people are free to walk the Earth,” said Paul L. Robeson Sr. (1898-1976), the actor and humanitarian who remained steadfast in the struggle to achieve full citizenship and equal treatment for Black Americans. For his bold, uncompromising stance, he was blacklisted in the 1950s, thwarting his thriving career. Robeson’s global stature never truly recovered.

Prefaced by YA stalwart Jason Reynolds, Paul Robeson: No One Can Silence Me: The Life of the Legendary Artist and Activist (The New Press, March 9) is adapted from the critically acclaimed 800-page biography published by Martin Duberman in 1989. Duberman, a respected historian and founding figure in gay and lesbian studies, was selected to write the authorized biography by Robeson’s only child, Paul Robeson Jr.

In a phone conversation about the new YA edition, Duberman spoke about the challenges of writing a giant’s biography and what this generation can learn from revisiting Robeson today. The interview has been edited for length and clarity.

You’ve been a political activist for decades. How did you first become aware of Paul Robeson?

As far back as I can remember, I’ve always been conscious of him as one of the great pioneer figures in the Black civil rights struggle. Through my readings, preparations, and my own activities in social justice, I became familiar with Robeson. In my 20s, I would teach seminars on the history of American radicalism and radical protest [that] featured Robeson. Surprisingly, I didn’t know much, until writing the biography, about his theatrical and singing careers.

Could you talk about the challenge of writing the biography of a man who accomplished so much and touched so many people throughout the world? What in your own experiences helped you meet this challenge?

“Challenge” is such an understatement. I wish I could lead you to an essay I wrote called “Writing Robeson” [which appeared in The Nation in 1998]. All the while I was writing this biography [in the 1980s], I kept revisiting the issue: Should I be the person writing this? Do I fully understand things like the National Negro Conference, Black radicalism in the labor movement? I eventually ended up sitting down and writing out my reasons why I felt I was a suitable biographer, even an appropriate one. As just one example, the fact that I was gay, and the misperceptions of sexuality and character that were attributed to our community, allowed me to push back on negative labels ascribed to Robeson for his nonmonogamy, a perspective that a heterosexual biographer might have missed.

There’s something of a Robeson renaissance happening recently and many different ways to learn about his legacy. What distinguishes your YA biography from others?

I’ve read four or five of the YA books available on Robeson. Lots of the narratives presented reference my published biography, with the original research and the exclusive access to the family archive that I had at the time. With the 130, 140 interviews that I executed, I got to people who, even if they were still alive, would surely not have spoken to a biographer. There were a couple who would not even speak to me! There’s people like Helen Rosen. She put me through the ringer, but after more than a year, she warmed up to me, reached into her closet and presented me with a collection of letters from Paul Robeson. Paul rarely wrote letters because he knew they would be surveilled. He was being tracked by everybody from the FBI to you name it. This was a treasure! I had a very tenacious personality to chase down such relationships and connections across the four corners of the world.

Why a YA edition of the biography now?

In a way, it was like a sudden illumination: With all that we are finally hearing about Black Lives Matter, I’m not hearing Paul Robeson. I’m occasionally hearing W.E.B. DuBois, but these were the two great forerunners. Why aren’t people talking about them more? My book is out there, but it’s a huge 800-pager. My hope had been with the original biography that at last, this giant of a man is going to become better known. This new generation needs to know about him, and my hope was that I could reach them in this more accessible format. Even with my new YA edition, which I expect to do really well, I still believe that a film will be the most important vehicle for the masses to recognize Paul Robeson as a dominant historical figure.

For young people and educators, what do you believe that this text and the story of Paul Robeson can do for challenging and clarifying the terms of who and what is considered “controversial,” “contested,” sometimes even “cancelled” in the sphere of public opinion?

I think it’s important to compare Robeson with some of the Black figures who have become very well known and honored. For example, Jackie Robinson. Everybody knows the name Jackie Robinson. Still, relatively [few] people know Robeson’s name. Robeson was speaking out for Black rights starting in the early 1930s, even before. During my original research, I got to interview a couple of his college classmates, and they remember that Paul would lead them in discussions about the need to achieve full citizenship and full rights for Black Americans. While Jackie and others were unwilling to fully stick their necks out for Black rights, they are now revered. Not only did Robeson stick his neck out, he would eventually lose everything for doing so, including his career and his health.

In terms of unpacking Robeson’s legacy, the critical reason why he became a “nonperson” was, of course, his refusal to denounce the Soviet Union [during the Cold War]. In the popular mind, there’s also that idea that he himself was a Communist. I cover [his alleged Communist membership] in great detail in the book. What really needs unpacking is that for Robeson, racial matters always came first. Second would be socialism, not to be confused with Stalin’s specific program of communism. Robeson continued to believe that socialism was the likeliest path to a better, fairer, more just world—the ideal of giving highest priority to the needs of the poorest people.

[Talking about the erasure of Robeson] gets me riled up. Here’s a man that didn’t back down and was willing to suffer the price. And he knew he was going to suffer, but he thought it was essential not to yield an inch in demanding Black rights. Black rights were always at the top of his agenda, and that cannot be stressed enough. The mainstream reporting on Robeson never says he stood early and steadfastly for Black rights. And that’s exactly what’s going on today [with Black Lives Matter]. There shouldn’t be any trouble articulating Robeson’s contribution and understanding what a hero he is. The trouble is people have been so brainwashed to think otherwise that they cannot reconcile the truth of Paul Robeson.

Christopher R. Rogers is a writer and educator in Chester, Pennsylvania.