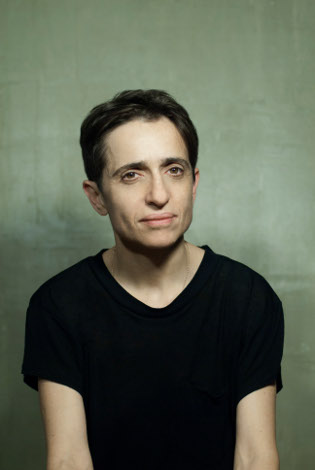 Vladimir Putin, by all reports, has an enemies list a mile long. The chances are good that Moscow-born journalist Masha Gessen, author of the new book The Future Is History: How Totalitarianism Reclaimed Russia, figures prominently on it as both a campaigner for LGBTQ rights in Russia and as a writer who has long chronicled the excesses of the Putin regime.

The chances are just as good that Gessen, who has lived in the United States off and on for a couple of decades, is just as disliked by members of the present U.S. administration. After all, just after the 2016 election, using the same language she used to describe Putin, she wrote, “Trump is the first candidate in memory who ran not for president but for autocrat—and won.”

In her new book, as its subtitle promises, Gessen looks at life under Putin’s increasingly authoritarian rule, in which the former pretense of democracy has been pretty much scrapped and a Hobbesian struggle for the accumulation of wealth and power reigns. She does so by following the lives of Russians who have learned to cope, even if they suffer for it. One of her subjects, also named Masha, grew up under the tutelage of a mother who learned how to game the Soviet system and ought to thrive, save that, marked as a foe of the Putin regime, she has effectively been frozen out of any chance of advancement.

Still, she persists: “I am not going to prison,” Gessen reports her as saying. “I am walking between the raindrops and staying dry.” Another of the people she writes of saw her father, an opposition politician, murdered in broad daylight within the shadow of the Kremlin. All of her subjects, gay or straight, engaged or apolitical, live with the characteristic low-grade fever of authoritarianism, the elemental dread that supposes that things are bad and will only get worse.

One of Gessen’s subjects is a “frighteningly intelligent” sociologist named Yuri Levada, who fairly well single-handedly established the discipline in what was then the Soviet Union. Largely self-trained, he believed that the oddities of the Soviet system could be examined, documented, and, in time, understood—for instance, the public/private divide in behavior, in which citizens appear to conform to authoritarian norms while within view of the bosses and commissars while privately loathing their circumstances. This divide holds today, writes Gessen; for instance, while publicly “pederasts”—meaning homosexuals—are scorned, privately, especially among younger people, most Russians are tolerant and quite happy to live and let live.

Levada found such things less an example of Orwellian hypocrisy, even accommodation, than a veritable institution that helps people deal with things as they are. He wound up teaching in a journalism department early in his career, quietly influencing a generation of Soviet writers while trying to pry out the secrets of daily life under an authoritarian regime. Gessen learned some of those lessons herself: “a key way of writing about a country that does not want to be known is to write about individuals who live there,” she says. “It’s the same thing that Alexander Solzhenitsyn did with The Gulag Archipelago: he interviewed hundreds of people so that he could inhabit that claustrophobic space in his books, a place he of course knew about firsthand.”

Like the Nobel Prize–winning writer Svetlana Alexievich and the murdered reporter Anna Politkovskaya (who wrote of a resurgent Putinist Russia, “Nobody has any hard facts, but everybody is frightened, just as people used to be”), Gessen shapes history out of a journalism that builds on many voices. “Another way to think of what I’ve tried to do is that I look at people up close and then from a great distance to see the bigger picture, while I don’t really employ the ‘middle distance’ that novelists use at all.” Even so, Gessen’s careful attention to individual personalities lends her work the psychological depth of classic Russian fiction, and sometimes its moral austerity as well.

Gessen rejects essentialist theories that hold that the Russian people are somehow not ready for democracy, that they have an authoritarian leaning in them that can’t be shaken off. “Democracies need help from other democracies to succeed,” she says. Where that help will come from, now that the democracies of the world are themselves battling the rise of authoritarianism, is anyone’s guess.

“Putinism will end, just as all things end—and that’s useful for thinking about Trumpism, too,” says Gessen. “But the damage that has been done over more than a century is very possibly irreparable. I don’t have a lot of hope for Russia.”