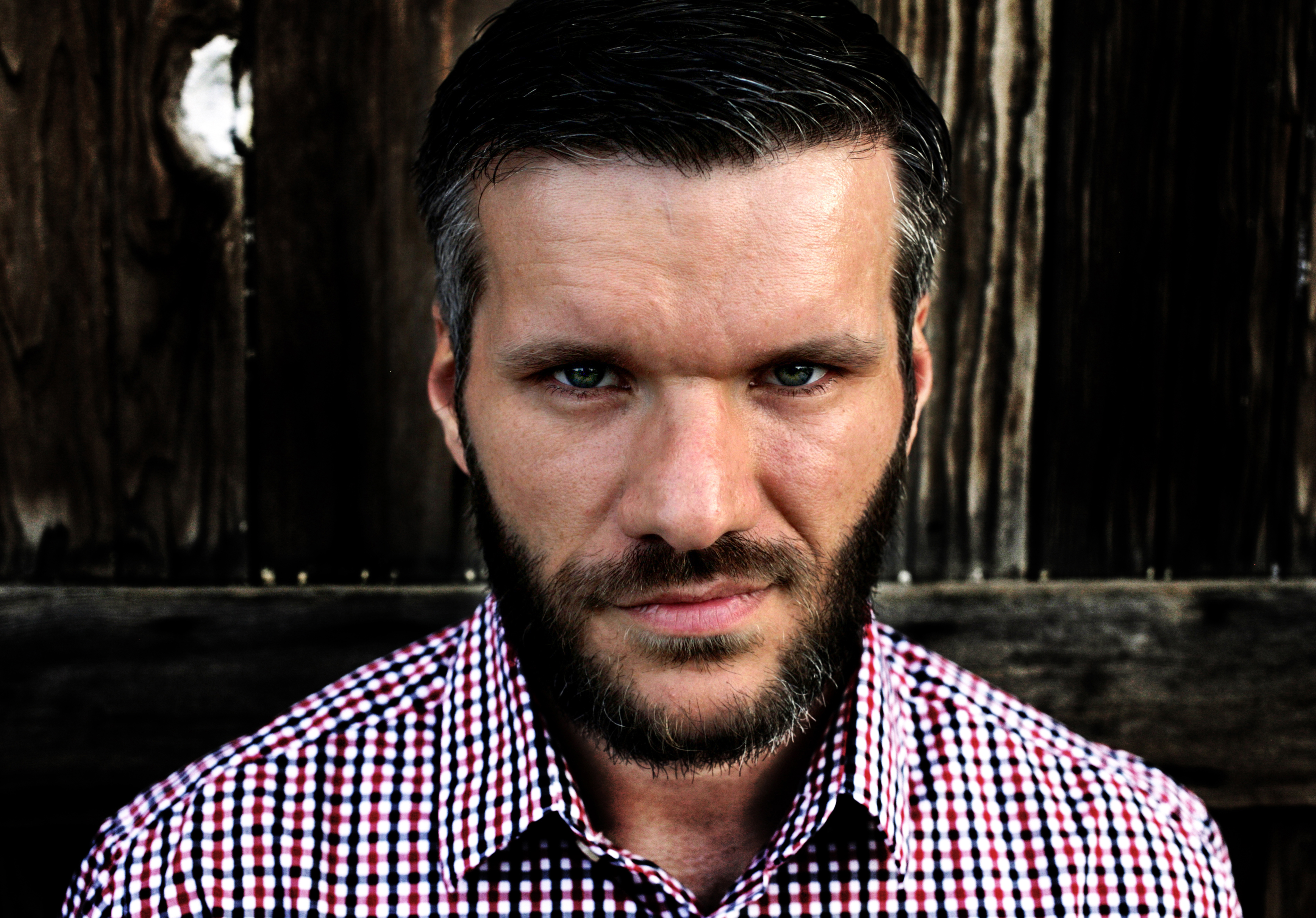 Matt Bell seems to be everywhere all the time. No, maybe not everywhere if your primary point of contact with the literary world comes from the weekly ritual of leafing through, say, The New York Times Book Review. But if you pay even passing attention to the digital spaces so many writers now occupy (Facebook, Twitter, Tumblr), Matt Bell seems ubiquitous. Maybe he doesn’t have as many followers as Roxane Gay or some others, but in boosting the work of others—and, of course, his own work—he epitomizes the sort of digitally savvy “literary citizen” that so many think pieces get written about (most recently, Meghan Tifft’s “An Introverted Writer’s Lament” in The Atlantic). When you ask yourself how you feel about all these writers forming community online, in some ways you’re really asking, “How do I feel about Matt Bell?”

Over the phone, Bell tells me that his interest in the writing community came, in part, from his upbringing in a rural part of Michigan; as his love of literature increased, he had nobody to discuss it with. “When I first started reading Denis Johnson,” he says, “I felt like I’d discovered him!” Later in life, he moved to Ann Arbor, spending time at readings and hanging out with authors; for him, it was nice “to see how normal everyone [was].” One writer in particular—a famous one, and a favorite of his (though he doesn’t tell me who)—just looked “like somebody’s dad.” In his demeanor, Bell seems to want to be another of literature’s normal souls.

For this reason, the relentless darkness of Scrapper, his new novel, might surprise and pulverize readers. Not that Bell hasn’t been dark before, but Scrapper proves particularly grim, a novel set in a wasteland version of Detroit—worse than any of the images we’ve seen since 2008—in which houses, factories, schools, buildings of all kinds, sit deserted, while men like Kelly, a scrapper, break in and strip the spaces for sellable parts. The language is dense and clanging—factory sounds of steel on steel—full of rich images and broken sentences, overwhelming the reader’s senses. Bell himself calls this an excessive novel, “but that excess is important to me. The movements are big, the characters are big, the actions are big.” He recalls a Toni Morrison quote: “How can I get your attention…unless I show you what can go wrong, with excesses?”

All the same, Kelly, the protagonist, finds “the endurance of the beautiful,” and two other characters enter the book: Jackie, an ill woman with whom Kelly begins a relationship; and Daniel, a kidnapped boy Kelly rescues from an abandoned building. That second relationship drives the book’s plot—Kelly becomes obsessed with finding the boy’s kidnapper, resulting in an existential noir that seems to merge Robbe-Grillet with the film Prisoners—but the character of Jackie, and the tenderness of her relationship with Kelly, create the book’s emotional center. How else to handle Scrapper’s brutality if there’s no promise, however distant, of love?

Nevertheless, Bell delights in describing his wasted landscape, digging in the dirt and tearing at the walls just like Kelly. The novel opens with extended scenes of Kelly alone at work (imagine the prose version of There Will Be Blood’s “silent” opening scenes) before any other characters have been introduced. Bell is in no rush to develop his plot, interested instead in “the emotional movement,” Bell says, “[of] Kelly coming out of loneliness and desolation” to encounter Jackie and Daniel. The novel takes many risks—in its slowness, in its bleakness, in its fractured structure (the novel occasionally shifts point of view, from third person to second and first)—but Bell seems unconcerned. “I hope readers will be able to roll with that,” he says. “My take is that the less superstructure that can be in the way, the better…I think editors are sometimes worried about what [readers] can handle, but I think readers are adventurous and can handle a lot.”

In Scrapper, the reader certainly has to handle a lot—not only in terms of the violence and darkness, but also in terms of the scope. Bell acknowledges that “one of the dangers of the kind of protagonists I tend to write, at least in [my novels], is that they have a certain kind of tunnel vision; you’re really down in this person’s psyche. There’s a claustrophobia to that, which limits the scope of the book.” So Scrapper occasionally “zooms out,” Bell says, moving away from Detroit to Guantanamo Bay, where Yasiin Bey (better known as Mos Def) explores the horrors of America’s most notorious detention center; to George Zimmerman, killing Trayvon Martin and feeling justified; to Pripyat, which was left uninhabitable by a 1986 nuclear meltdown at Chernobyl. “Chernobyl,” Bell says, “a national disaster in the Soviet Union, seems to me the worst expression of what that system led to.” The crumbling of Detroit, in a way, is America’s Chernobyl, “something we allowed to happen as a country.” Scrapper is a tight novel, but Bell gestures to larger things than just his protagonist’s limited experiences. (“I wouldn’t want to read a book written by Kelly,” Bell tells me, “not that he’d write a book…”)

This gesture outward best displays Bell’s development as a writer. Whereas he once believed that writing was all about itself and had no responsibility, he now wants his work “to be useful in the world. If I’m gonna spend all this time in a room, [the work] should be addressing the world outside of the room more directly.” He tells me about writing the last draft of In the House Upon the Dirt Between the Lake and the Woods, his previous novel, during the 2012 presidential election. “I was really aware that I had spent a few years writing a book that had a non-realist environment.” That novel is an isolated fable, separated from reality, with no room for Bell’s real-world concerns, whether cultural or political or environmental. Writing Scrapper afforded him the freedom to engage more directly with the world.

“The point of writing,” he tells me, “is not to,” and then he stops, and thinks a moment—and in this moment, I wonder about Bell, this man so open on the internet, so bleak in his writing, so cheery in conversation with me (he utters an excited “yeah, yeah” after nearly all of my questions, and I suspect he does this with other interviewers and in regular conversation, too): I wonder, What ties all of these strands together? I confess that I have had, in my time “knowing” Bell online and through his books, a variety of emotional responses to his literary citizenship: sometimes annoyance (and, yes, jealousy) at his willingness to share his accomplishments; sometimes admiration for the way he promotes the work of others; sometimes shock—and bewilderment—at the force and skill of his writing; and now, in our phone conversation, a sense of affection and comradeship. Our feelings about other people, however contradictory, however fractured, however negative or positive, are often just our feelings about ourselves, but in this moment, in this pause, as the point of writing hangs in the air, I wonder whether Bell has a way of tying everything together for me. After all, Bell is the ideal literary citizen, a man whose life seems given over to writing. Therefore, isn’t the point of writing also the point of him?

“The point,” Bell says at length, “is to put yourself into the world more, to see more, to feel more. This was one of the things that was unlocked for me at some point, realizing that the books I loved most weren’t escapes; they were ways to get closer to the world…to my real emotions, my real thoughts, how I cared about other people. That seems really important. Books shouldn’t take us away from each other; they should take us closer to the world.” And as Kelly learns in Scrapper—and as I learn whenever I venture out into the thorny landscape of literary citizenship—getting closer to the world can often be a daunting and messy thing but it’s almost always worth a damn.

Benjamin Rybeck is the marketing director at Brazos Bookstore and the author of the novel The Sadness, forthcoming from Unnamed Press in 2016. He has taught creative writing at the University of Arizona, and he’s currently a fiction instructor at Inprint, a literary nonprofit in Houston.
MORE FEATURES
POPULAR KIRKUS STARS