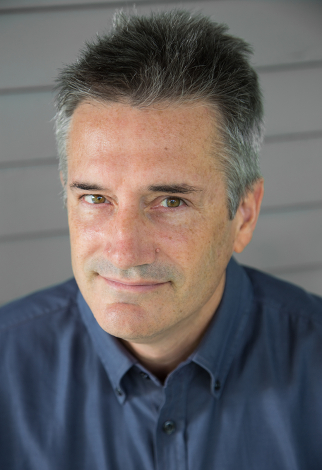 Might the Declaration of Independence, and indeed many of the earlier, if less exalted, manifestos that fanned the revolt, harbor coded meanings?

If true, he wanted to know how the radical philosophical ideas that seemed to invigorate the 18th-century American rebellion gained a purchase on the revolutionary mind.

To do so would require a thorough genealogical inquiry, as well as a continued, close re-reading of historical texts in order to clarify these opaque but tantalizing implications. What he found, peeling away the layers of myth that have obscured (and distorted) the story, was the enduring significance of the American experiment: not simply a revolt against an imperial monarch, but against the oppressive reach of supernatural religion.

Stewart's conclusions, drawn from the seminal thought of antiquity as interpreted and enlarged by the philosophers of the Enlightenment, are rendered in Nature's God: The Heretical Origins of the American Republic.

“About 10 years ago I started reading more deeply into the philosophical writings of a number of America’s founders—not just the famous ones, but also less well-known figures like Ethan Allen and Thomas Young,” says Stewart, a Boston-area resident who earned his doctorate in philosophy from Oxford University in 1988.

“I was shocked to discover that their philosophy was quite different from what the usual stories allow. I was awed by its breadth, sophistication, and subversiveness. This prompted me to pursue a kind of genealogical investigation on how these radical ideas made their way to America. It also stimulated me to think about some very large questions. Such as: Is there any kind of deep structure to human history? Do ideas have anything to do with it? What is the meaning of the American Revolution?”

Stewart first mined the work of the ancient Greek philosopher Epicurus (341 B.C.-270 B.C.) as revealed by Lucretius (99 B.C.-55 B.C.,), a Roman philosopher and poet whose De rerum natura (On the Nature of Things) revealed a far more nuanced Epicurean philosophy than the desultory notions prevalent today. Both thinkers, Stewart says, are owed an enormous debt, not least for their advocacy of the scientific spirit.

After an exhaustive survey of philosophical thought leading up to the 17th century, Stewart locates the radical concepts that most influenced the republic in the writings of John Locke and Benedict de Spinoza, philosophers who exerted a profound impact on such revolutionary figures as Thomas Jefferson.

“Spinoza is the principal architect of the radical political philosophy that achieves its ultimate expression in the American Republic, and Locke is its acceptable face,” says Stewart. “We should look to Locke for the rhetoric, and to Spinoza for the substance of the Revolution.”

Stewart proceeds to make the complexities of their work—often veiled in Locke's case—not only intelligible to the layman, but engrossing.

The author argues that the United States and its Declaration of Independence are products of the Enlightenment, not the Reformation, a triumph of reason over revelation, and that the American nation was never conceived by those we call the Founding Fathers as a “Christian” one. For the major players in the new country's revolutionary thought were overwhelmingly heterodox and deist, cloaking the full extent of their beliefs in language palatable to the general public's “common religious consciousness.” Cloaked by necessity, that is, because being exposed as deist was to be condemned as an infidel or atheist by the guardians of religious orthodoxy.

“Some of it was sincere,” says Stewart. “At the same time, they were also trying to pass themselves off as much more religious, in a conventional sense, than they actually were. The most remarkable thing about America’s founders is that they were able to transcend the very serious limitations of their time and place.One of those limitations was the false idea that a national government requires a national religion.

“The preamble of the Declaration of Independence is a masterpiece of multi-sided writing. It can seem platitudinous, and pious in a nonsectarian way… yet it also encodes, with incredible precision and economy, the essential insights of the radical philosophy that preceded it.”

Stewart says hedoes not base his claims solely on a representation of the beliefs and intentions of the founders.

“Their beliefs, like those of any collection of human beings, were often confused and contradictory. And we are under no obligation to respect their intentions. But, yes, if we pierce the fog of history and grasp the ideas that mattered—the ones that made their way into the foundations of the republic, sometimes in disguise, typically under protest—then those are the radical, heterodox ideas associated with the deistic Enlightenment.”

He knows that many elements of his book will be, and should be, controversial, for the accepted view of the founders (and of Locke) is quite different.

Stewart, a 1985 graduate of Princeton University whose previous works include The Management Myth, The Courtier and the Heretic, Monturiol's Dream and The Truth About Everything, just wishes he could make the ideas embodied in Nature's God even more accessible.And he admits he has difficulty reading anything he has written without pangs of regret.

“I think of myself as a philosopher. I write in order to philosophize, not the other way around, though I am not always clear in what I am thinking until I write it down,” he acknowledges. “But what I always regret most is having said in a thousand words what could have been said with 20, or having made obscure what should have been clear. If I belabor things in this book it is because the United States is a republic made by philosophy, and this philosophy does not always boil down to the simple platitudes with which it is often confused.

“We need to take philosophy more seriously,” he continues. “We need to be patient with it, take time to trace out the arguments in detail. Jefferson furnished his own mind with many of the thousands of books he bequeathed to the library of Congress; if we’re going to follow his thoughts, we need to check out some of those books.”

Such books frequently address, and gird, what Stewart calls the guiding principle of philosophy, whichEpicurus traditionally formulated as: “Nothing comes from nothing.” Stewart prefers to say “nature always explains itself.”

While championing the belief that the universe is ruled by rational laws that ultimately are explicable, the guiding principle isn’t a “first principle” or a “theory,” Stewart says, nor does it proffer any specific answers.

This, and radical philosophy of Deism, are the linchpins of Nature's God. They tell usthat we, not some ethereal being or calcified theology, are the source of our own authority, that we govern ourselves not through acts of faith but through acts of understanding.

“The basic message of the American Revolution…is really, really simple,” says Stewart. “We are the source of our own authority, and we discover that authority only through reason. Everything else—including what we misleadingly represent to ourselves as acts of faith—is just one or another way of enslaving ourselves.”

Bill Thompson writes about literature, film and the arts.