Remembering the eminent neurologist and writer. 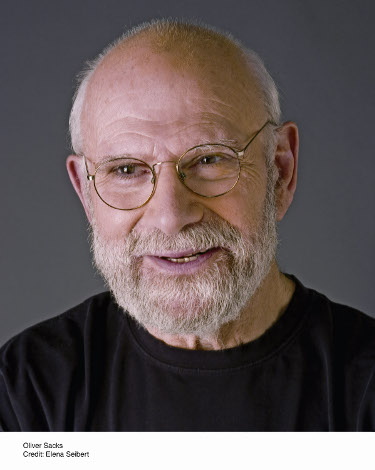 Oliver Sacks, the eminent neurologist and interpreter of science, died of cancer today, August 30. The author of more than a dozen books, including Awakenings, Musicophilia, and The Man Who Mistook His Wife for a Hat, he was 82 years old.

Born in London on July 9, 1933, the child of physicians, Sacks was a gifted student of the life sciences, excelling in chemistry and biology. He might have been an eminent research scientist, but he instead found his calling in neurology, a discipline that both draws on many fields and serves up many conundrums around questions of human perception, behavior, and nature. Sacks went into practice in New York City in 1965, serving on the consulting staff of Beth Abraham Hospital for the next five decades while teaching at Columbia and New York University.

Sacks’s experiences in clinical practice formed the basis of his books. Awakenings (1973) recounted the devastated lives of patients who had endured an epidemic of encephalitis that left many of them immobile for decades, while The Man Who Mistook His Wife for a Hat (1985) explored the scarcely knowable mental worlds of patients who, having suffered illness or injury, could not form memories, attained heightened sensory powers, lost the sense of location of their limbs, and otherwise stepped far beyond the bounds of ordinary existence, almost never through any fault of their own. In other books, he explored subjects as various as colorblindness, hallucinations, autism, migraines, tics, and deafness.

Though himself shy and subject at times to near-paralyzing writer’s block, Sacks slowly built a body a work that placed him at the forefront of a group of contemporary physician-writers, among them Richard Selzer, Atul Gawande, Perri Klass, and the late Sherwin Nuland, who brought art to the work of explaining science to nonspecialist readers. Though not an original researcher as such, he became the best-known neurologist of his time as well, opening the door to popular work by scholars such as Anthony Damasio, Rita Carter, and Daniel Dennett. He also slowly revealed, bit by bit and book by book, sometimes astonishing aspects of his own life, from decades of celibacy to a nearly comprehensive personal study of mind-altering drugs, chasing after the dragons of disorder while overcoming countless maladies of his own.

On February 19 of this year, Sacks published an editorial in the New York Times in which he revealed that the rare cancer that had cost him an eye nine years earlier had returned, now metastasizing in the liver. He announced, with quiet satisfaction, that he had lived long enough to complete an autobiography, On the Move, which

Knopf published in April. He wrote of having the rare pleasure, born of the recognition of mortality, of taking a kind of aerial view of one’s life, seeing it “as a sort of landscape, and with a deepening sense of the connection of all its parts.” In that clarity—and with no clinical detachment about it, simply a clear perspective between the inevitable tears and fears—he discerned a good end to a life marked by thought, words, and ideas.

He closed with an expression of thanks that is entirely of a piece with his body of work, centering always on the mystery of the mind. “Above all,” he wrote, “I have been a sentient being, a thinking animal on this beautiful planet, and that in itself has been an enormous privilege and adventure.” Amen. Travel well, Dr. Sacks.