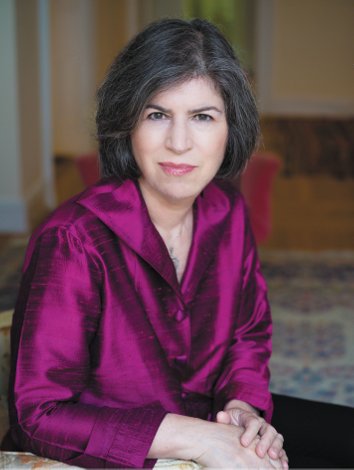 Meryl Gordon fashioned a career as a New York Times-bestselling biographer of heiresses and socialites. But you’d be mistaken to think gowns, glamour, glitz, and gadabouts are her crucial concern.

“My favorite subject, in all the work I do, is resilience,” says Gordon, author of Mrs. Astor Regrets: The Hidden Betrayals of a Family Beyond Reproach(2008) and The Phantom of Fifth Avenue: The Mysterious Life and Scandalous Death of Heiress Huguette Clark(2014), and director of Magazine Writing at NYU’s Arthur L. Carter Journalism Institute. “I’m completely fascinated by how people handle the terrible things in their lives.”

Money didn’t spare Rachel “Bunny” Lowe Lambert Lloyd Mellon her fair share of misfortune, as Gordon compassionately accounts in Bunny Mellon: The Life of an American Style Legend. Born an heiress to the Listerine fortune on Aug. 9, 1910, she was an American style icon with a unique vantage on some of the greatest tragedies and triumphs of the 20th century.

Known for her hospitality, philanthropy, and garden design—“Nothing should be noticed,” her favorite phrase, belied the toil in her approachable aesthetic—Mellon became best friends with Jackie Kennedy. When President John F. Kennedy asked her to design the White House Rose Garden in 1961, she was as flustered as she was flattered.

“The request from the president was simultaneously unnerving and exhilarating,” Gordon writes in Bunny Mellon. “Bunny projected aloof self-confidence but she was, at the core, deeply insecure. She had longed to attend college but her autocratic father had turned her down, urging her to focus instead on finding a suitable husband. She compensated by becoming voraciously well read.”

There were two husbands: Stacy Lloyd, the handsome father of her children Stacy Jr. and Eliza, had dalliances during World War II that contributed to their divorce. “Introspective and moody” Paul Mellon, her second husband, may have been one of the world’s richest men, but their relatively passionless marriage “more accurately [resembled] a merger,” Gordon writes. Nevertheless, his wealth and her taste made them powerhouse philanthropists and formidable patrons of the arts.

“When you’re writing about someone who has that much money,” Gordon says of Bunny Mellon, “you can’t help but imagine, ‘What would you do if you had those resources?’ There are times when you’re impressed by the decisions, sometimes you’re appalled by the decisions...but you have to get yourself into the mindset of somebody who has always had money, so never had to worry about it, but still had to figure out how to carve out a meaningful life.”

Mellon was quietly political throughout her life: as a centenarian, she donated hundreds of thousands of dollars to John Edwards’ presidential campaign, funds that were proved to have been misappropriated to conceal an extramarital affair. That’s how Gordon came to speak with Mellon by phone in 2011, on assignment for Newsweek, investigating the Edwards scandal. While Mellon made clear her preference to stay out of the news, she ultimately approved of the piece Gordon wrote, and her favor led to improved and unprecedented access in researching the biography.

“About a year into my research,” Gordon says, “I was able to start looking through Bunny’s journals and letters and her library, which was an astonishing experience, because it was so personal, it was so intimate. Then I felt like I really could understand what she was thinking at any given moment. It was fun to look at dates and times and places and match them against moments of American history, so I could understand what she was actually doing.”

Gordon pored over thousands of documents and interviewed more than 170 sources, including friends, family members, and former employees. But some of the best insights lie in Mellon’s own drawings (the estate allowed the reproduction of Mellon’s whimsical sketches, from personal correspondence, in finished copies of the book) and words.

“Whether planning her own gardens or designing versions for friends,” Gordon writes, “she considered everything from the shadows cast by nearby trees or

buildings, the likely direction of the wind, the quality of the soil, the required upkeep, and visitors’ likely response to the sight of the colors and shapes. ‘I feel public gardens as well as private should have an atmosphere that inspires and one can relate to,’ she wrote. ‘There must be a feeling they can take home.’ ”

In 2014, many took home a piece of Mellon: a five-day auction of her home furnishings netted $218.1 million for 1,521 lots at Sotheby’s. For readers of Bunny Mellon, a truly “rapturous” biography, according to Kirkus’ critic, it’s an intangible legacy.