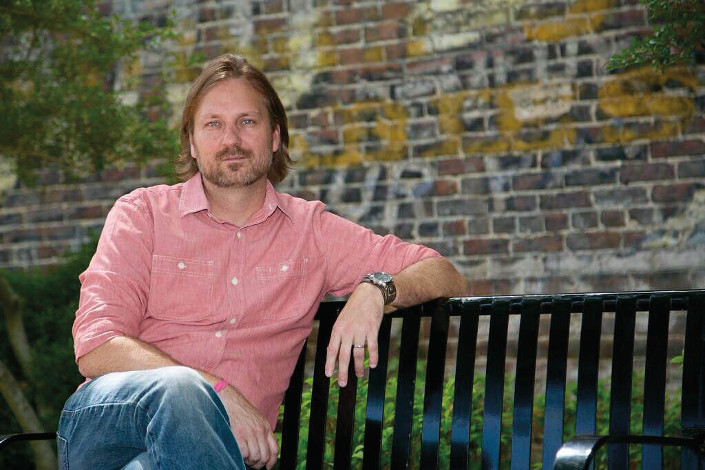 You’d expect the characters in Michael Farris Smith’s novel The Fighter to bare their knuckles, not necessarily their souls.

“There’s going to be so much said about the brutality and violence,” Smith says by phone from Oxford, Mississippi, “and maybe justifiably so....Any review that begins with ‘ferocious’ I’ll be pretty happy with. But I think the thing that stood out in the writing of the book was it was very emotional for me, because I thought it was maybe the most tender thing I’d written too.”

He’s speeding across the Mississippi Delta at midnight, high on painkillers and Wild Turkey, in a desperate attempt to save the foreclosed home of his adoptive mother, Maryann, a dementia patient who now lives in a local nursing home.

“All my novels have started with some really strong image that I just can’t shake,” says Smith, “and for me, it was Jack Boucher, his physical and mental pain and anguish....How would he cope with it and deal with it?—and I just went right to the painkillers. If he has fought like this for 20 years, then he has certainly suffered brain damage, and chunks of his memory would certainly be beginning to fade away. The extremity of his situation came alive for me very quickly, and I was worried about him and very interested in him right off the bat.”

A prologue came later: the image of two-year-old Jack, wearing not much more than a sagging diaper, dropped off at a Salvation Army store like a sack of hand-me-downs, by two people who may have been his parents. It was Maryann who saved him, at age 12, from a series of bleak foster homes, who read the signs and took the time to get to know him, who offered him refuge and respect.

“In the quiet of the house he was struck by the revelation that she was more like him than he ever had imagined,” he writes. “She knew loneliness. Displacement. The feeling of living in a world you don’t understand. And then he wondered what his role had been. Had he helped to keep her here. Had he given her an excuse to hide away. To be afraid. Did he get in the way.”

Lyrical and incantatory, surprising and sublime, The Fighter is a powerful exploration of mercy, belief, and belonging. Kirkus calls Smith in a starre review “a gifted storyteller who parses battered dreams and the legacies of abandonment with a harsh realism that is both saddening and engaging.”

“The relationship between Jack and Maryann, and even his struggles as a child, they kind of took me into places I hadn’t been before,” he says. “There were a couple times I even started to back away from it, but then I realized, you know, no, this is what you want. You want to be taken into places you are unfamiliar with as a writer. That’s what art is—you’re looking for something new to embrace.”