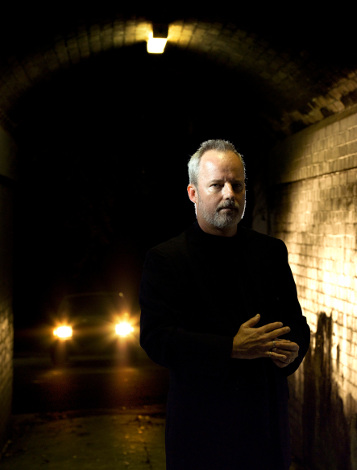 “I think at heart I’m a reluctant crime writer,” says Michael Robotham, the Australian-born Edgar Award-nominated author of 11 such crime novels. “I love the genre and I know that crime is necessary (you can’t have a crime novel without one), but my true passion is creating compelling characters with nuanced lives and emotional entanglements.” There are compelling characters in crime fiction who check off certain, expected boxes: the modern-day version of a John Wayne-style gunslinger who rides into town and rids it of crime, or the seemingly bullet-proof weapons guru who could gut you like a fish with a butter knife. Robotham always knew he wanted something different at the heart of his books, which feature psychologist Joe O’Loughlin and reluctantly retired cop Vincent Ruiz, set both in London and later in England’s more picturesque but no less deadly West Country.

“Joe was never going to be a typical fictional hero,” says Robotham, never going to be “a Jack Reacher or Jason Bourne type who can out-fight, out-drive, out-shoot and out-drink everybody in the room. Instead Joe is an everyman, blessed with a brilliant understanding of human nature, able to pick apart people’s motives and read their body language.” And yet what further sets O’Loughlin apart and what gives him perhaps his keenest insight into the language of the human mind and the language of the human body—the lengths others will go to destroy it and the lengths one must go to save it—is one of Robotham’s riskiest narrative gambles: he gave O’Loughlin early-onset Parkinson’s disease in 2004’s Suspect, the first book in what’s now a 10-book series.

“Every book since that first one,” admits Robotham, “has potentially been the last one for Joe O’Loughlin.” Like other crime fiction authors with series steeped in realism rather than vigilante super soldiers who shrug off bullet wounds like bug bites, Robotham ages O’Loughlin in real time as the series progresses, much as Michael Connelly’s Harry Bosch adds on years as Connelly adds on books. Not only is O’Loughlin older now in 2016’s Close Your Eyes than he was in Suspect—he also has a second daughter, Emma—but his Parkinson’s is more advanced as well. “In a sense,” says Robotham, “I’ve created a ‘use-by’ date for Joe and I know there are limits to how much longer he can take center stage in the novels.” In Eyes, O’Loughlin ironically faces not his own mortality but that of his estranged wife, Julianne. Despite living separate lives—she in the West Country with their two daughters and he in a flat in London—the two share the kind of love that sustains if not a marriage than at the very least a deep-seated respect.

His latest case, involving the brutal murder of a mother and daughter in their home in the countryside, brings him back to where Julianne, university-bound Charlie, and precocious Emma live, just as Julianne drops a bombshell: she’s battling cancer and hopes he can spend the summer helping look after the girls. O’Loughlin agrees and yet cannot let the murder of Elizabeth and Harper Crowe go. It’s this obsession with unraveling a case, a killer, a victim, which both attracts and repels Julianne. As Robotham puts it, “Joe’s problem is that he can’t say no when people ask for help. He should look the other way, or leave it to someone else, but he keeps putting up his hand. Julianne once said to him, ‘Why are you the one who charges into danger? Why can’t you be the one who runs the other way, shouting for help?’ ”

This time, the man leading the charge is an odious publicity hound with a self-bestowed moniker: “The Mindhunter.” A former student of O’Loughlin’s, Milo Coleman is more vaudeville showman than actual psychological expert, making bold—and usually dangerously incorrect—assumptions about the killer to the press that compromise the police investigation. At the request of Det. Chief Superintendant Veronica Cray (not to be confused with the infamous Kray twins who operated well on the other side of the law), O’Loughlin—and soon Ruiz, never able to stay away from an intriguing case for long—begins his own investigation. While Robotham’s fictional world has had its share of police officers of varying rank, Eyes is the first time O’Loughlin goes head to head with someone allegedly equipped to scrutinize the criminal mind in the same way he does. But as Robotham says, O’Loughlin is “a reluctant investigator, who can’t understand how anyone could gain pleasure from such work.” Coleman is the kind of guy who courts the press and gives himself a nickname befitting a network TV show. Though Coleman isn’t the novel’s ultimate villain, Robotham says that when coming up with the characters, he liked “this idea of two men with such different motives. Milo doesn’t care if he misdirects the police and leaves the killer at large, as long as he is center stage, whereas Joe O’Loughlin is tortured by the idea that he could make a mistake and someone else could die.”

sinister killer lurking within its pages, it’s also a meditation on family, on fathers and daughters, and on the lengths one will go to to protect what is most treasured. Robotham is not a clinical psychologist but he admits that, “Joe O’Loughlin is probably the most autobiographical in the sense that we’re both about the same age. We both have daughters. We have similar views politically and socially. He’s a far braver version of me.” What Robotham often does to his characters, even to this man to whom he feels the closest connection, would give anyone bad dreams—“nearly all my nightmares involve my daughters,” he says. So it’s no wonder that when he’s writing he’s “warding off my own evil spirits.”

Jordan Foster is a writer living in Portland, Oregon.