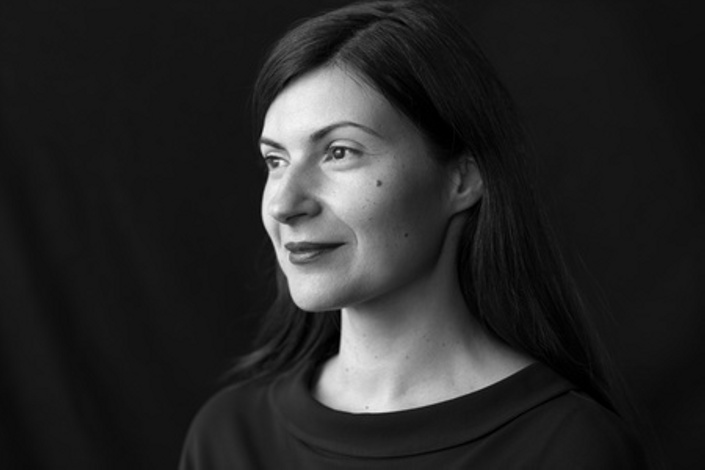 Is there anything less frightening than a bunny? Sure, there are some notable exceptions—the rabbit from Donnie Darko comes to mind—but for the most part, bunnies are the epitome of harmlessness, even helplessness: staples of picture books and a threat only to your landscaping.

But in Mona Awad’s new novel, Bunny, they take on a sinister new role. The first bunnies we meet in the novel are young women, four members of an elite MFA cohort who call each other “Bunny” as part of their cloying banter with each other. “What did you do last night, Bunny?/I hung out with you, Bunny. Remember, Bunny?/That’s right, Bunny, you hung out with me and it was the best time I ever had./Bunny, I love you./I love you, Bunny.” If that’s not enough to make you heave, picture their kitten-print dresses, ornately braided hair, and painfully pretentious praise of each others’ writing. Now imagine you’re the only other person in class with them.

The odd one out is Samantha Mackey, who, unlike the Bunnies, is a working-class student on a scholarship and struggling to fit in at their prestigious New England university where wild rabbits abound, and a skew of decapitations have been occurring around town. Samantha despises the Bunnies, whose passive aggressive comments about her work and flimsy gestures to include her in their group would fit right into a teen movie. Awad, who is a big fan of the movie Heathers, says that much of her inspiration for the novel came from the eeriness of female cliques. Though the Bunnies are characters distinct from each other, the way Awad plays with names only increases the strange sense that they’re some kind of hive mind. (Samantha refers to them sometimes as “the Bunnies,” sometimes as her own nicknames for each of them, and sometimes by their actual names.)

With her time in the MFA program running out, Samantha plans to continue gritting her teeth through workshops and spending as much time as she can with her only friend, the sarcastic art school dropout, Ava. But then she receives a very special (and very glittery) invitation in the mail to join the Bunnies at their famed “Smut Salon,” a mysterious weekly gathering they often whisper and giggle about in front of Samantha, but have never asked her to join before now. After getting her drunk, the Bunnies give Samantha a simple instruction: Go outside and bring back a bunny.

The novel gets positively hare-raising as Samantha loses touch with reality and Awad plays with the horror of uncertainty and the potential of the imagination. The sweetness and cuteness of the Bunnies’ aesthetic becomes terrifying. There is some gore to be found, but the true thing to be feared here is loneliness. Samantha is also struggling with her charismatic male thesis advisor, but, as she assures the reader early on, there is no #MeToo plotline here. “The sad thing is that she reaches for connection and can’t find it,” Awad says.

Awad was also influenced by fairy tales and the fun of horror tropes, and moments of comedy often punctuate the novel’s otherwise dreamy, spooky tone. She pokes some loving fun at MFA workshops, with circuitous and meaningless comments about flowery writing that doesn’t bother with plot. One of the Bunnies even writes all her work by etching on glass panes with a diamond. Black comedy is hard to pull off, and Awad gets the balance just right. “[My first novel] was very difficult to write, it explored subject matter I feel very deeply about,” Awad says. And what about Bunny? “I had a blast writing it.”