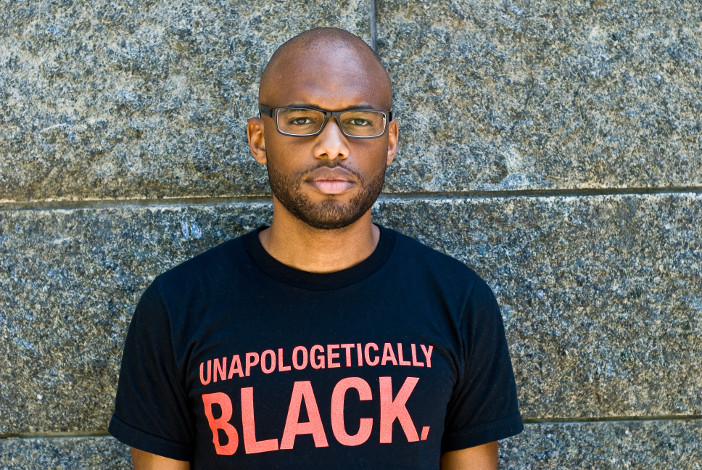 Mychal Denzel Smith’s Invisible Man, Got the Whole World Watching: A Young Black Man’s Education is more than a memoir, it’s a poignant, thoughtful snapshot of a generation. Smith has delivered a portrait of the last half of the 2000s up to the present that is insightful and important, checkered with frustrating social dilemmas yet hopeful. The book should undoubtedly hit home regardless of the reader’s race.

“I looked at my own life and asked how I made it to twenty-five,” Smith writes, alluding to the age he was the year Trayvon Martin was murdered and right in the middle of the Obama era, February of 2012. “I asked who influenced me to think the way I did, what events had been most important in shaping my worldview, who and what challenged me to see it all differently. I asked myself: How did you learn to be a black man? Then I wrote down some answers, for the martyrs and the tokens, for the Trayvons that could have been and are still waiting.”

Smith has had an unorthodox career trajectory: he went to Hampton University and worked in all facets of their school newspaper, Script, including editor-in-chief his senior year until a mental health breakdown forced him to withdraw before completing his degree. Unaddressed anxiety, depression, and a series of panic attacks that landed him in the hospital at age 16 culminated into more debilitating symptoms late in college. After two years stocking groceries in a Wal-Mart, he got back on his feet and then began a freelance writing career in 2010.

“What would happen if we reframed the way we understand black male life in a way that took mental health seriously?” Smith writes in the book. “If instead of chastising young men for fighting over sneakers we asked why they feel unseen and worthless without them....If we held our boys close when they cried instead of turning them away to face the frustration, pain, and sadness ‘like a man.’ If we believed black boys were worthy of second chances that didn’t involve prison cells. What if?”

With less than a dozen pieces under his belt, the seed was planted at the ripe age of 23 for what would become Invisible Man, Got the Whole World Watching. Smith began writing the book in earnest in 2014 and is currently a contributing writer at The Nation, an Alfred Knobler Fellow at the Nation Institute, a prolific freelance journalist, and social commentator.

But will his book be able to find the audience that it is most concerned with reaching? “There’s a tradition of handing down books to black boys in a way of correcting the

education they get that does make them invisible...that was something that was done for me,” Smith says. “I got The Autobiography of Malcolm X very early on, I got Black Boy and Native Son, people told me I needed to read The Invisible Man. ‘Here’s all of [James] Baldwin.’ There’s a tradition of telling black boys, giving them a sort of literary survival kit.

“My hope is that the result of handing them my book is that they’re engaging in a different way, because so much of what’s been given of the ‘black boy survival kit’ now doesn’t engage gender, doesn’t engage sexuality, it’s so narrowly focused on the oppression of the black man in its primacy,” he tells me.

But Smith’s book wrestles with the legacies of the rampant deaths of African-American men in America. “The not guilty verdict for [George] Zimmerman and then the shooting and killing of Michael Brown, the killing of Freddie Gray, [you find] different moments of explosive anger galvanizing people and pushing people into the streets and saying, ‘This right now is the political moment where we will not stand for this anymore, we’re going to have an honest reckoning not just with America’s past, but America’s present,’ ” he says.