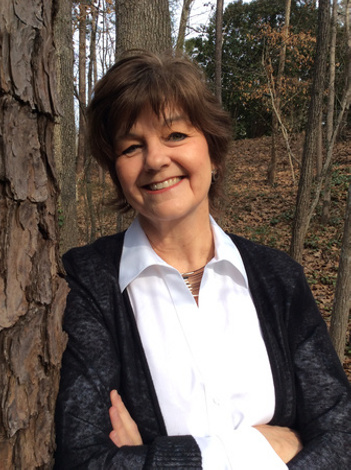 It seems inevitable the phrase “vast right-wing conspiracy” will pop into your head while reading Duke University historian Nancy MacLean’s disquieting Democracy in Chains: The Deep History of the Radical Right’s Stealth Plan for America. After all, the phrase made famous by Hillary Clinton in the 1990s popped into MacLean’s head a few times while she researched and wrote her book.

It would seem an apt description, given the covert undermining of American democratic foundations and institutions by the extreme libertarian movement MacLean documents in Democracy in Chains. But as pernicious as the movement is, it “is not a conspiracy,” she said in an interview. “A conspiracy involves illegality, and this movement, while it operates by stealth, is generally careful to stay within the rules that exist.”

She uses “fifth column assault” instead. She acknowledged “fifth column” also is “a phrase with a fraught history.” But the academics, operatives, ideologues, and billionaires of the radical right “have a fundamental hostility to our form of government as it existed over the 20th century,” and seek to vanquish it from within.

Democracy in Chains expands on Jane Mayer’s reporting in Dark Money: The Hidden History of the Billionaires Behind the Rise of the Radical Right. Where Mayer follows the radical right’s money trail, MacLean examines its intellectual origins—“the master plan behind it,” as she writes in her book’s introduction. Her findings will leave you deeply concerned for our democracy and civic life.

At the center of MacLean’s book is Nobel Prize-winning economist James McGill Buchanan, who died in 2013 at age 93.  Largely bankrolled by Charles Koch and other deep-pocketed misanthropic libertarians throughout most of his career from the mid-1950s onward, Buchanan latched onto public choice theory to become its leading promoter. Buchananassumed self-interest primarilymotivated politicians, bureaucrats, union organizers, civil rights activists, and others, MacLean says. He cast public service in a deeply cynical light and denigrated the idea of “we the people” and the common good. Where the common good leads, Buchanan thought, is to an out-of-control government that destroys individual liberty.

The movement’s ultimate goal is capitalism free from government interference, and a government essentially stripped to maintaining law and order and national defense. Its adherents want to privatize most public services, especially public schools and Social Security. They have adopted the language of conservatism, and have successfully hijacked the Republican Party in the process, but they are not conservative in the traditional sense. Most people would not support the movement’s extreme libertarian vision if its adherents didn’t couch it in appeals to a benign personal freedom.

The final prescription of Buchanan’s career was “constitutional revolution”—a rewriting of the rulebook to unleash free-market fundamentalism and prevent majorities of voters from ever being able to effect change. This revolution would turn the Constitution’s checks and balances into locks and bolts, and can be heard in present-day calls by Republican governors and legislators for a convention of the states to amend the Constitution.

“This is a cause that has its own morality, and it’s a morality that is foreign to most of us,” MacLean says. “We need to understand that they truly believe that if people need to die to teach full self-reliance from government, then that’s a price that they’re willing to pay.”

Journalists and voters should start asking Buchanan’s political heirs exactly what they mean when they say they want to “reform” government programs like Social Security, MacLean says, starting with whether they even believe in the very thing they say they want to reform. We need to force them to put their libertarian cards on the table, she says, where all can see what their end game really is, before it’s too late.

Jody Seaborn is a writer and editor in Austin.